Pennyworth and his bezzie mates are looking more than a bit punchy as a new civil war looms, in the Season 2 trailer for Epix’s Batman pre-prequel series.

Epix on Tuesday also released a poster for the period drama’s sophomore run (down below), as well as confirmed the pandemic-era release plan.

After Season 2 premieres on Sunday, Dec. 13, the second episode will follow on Dec. 20. A two-part midseason finale then airs on Dec. 27, with the remaining episodes penciled in for sometime in 2021.

The Season 2 synopsis is as follows:

A year after the explosive events of last season, England finds itself embroiled in a devastating civil war, with the powerful, neo-fascist Raven Union, led by Lord Harwood threatening to control the entire country. North London remains one of the few resistance holdouts remaining. It’s here in the West End Neutral Zone, that we find Alfred Pennyworth (played by Jack Bannon). After years in the British Army, his training with the SAS has taught him to be a cynical optimist – expecting the worst, but knowing that he can handle it. Now running The Delaney, a black-market Soho club that welcomes everyone, regardless of their politics, Alfred, with his SAS mates, Deon “Bazza” Bashford and Wallace “Daveboy” MacDougal, is now in search of a way out – before London, and his country, burns itself to the ground. And he’s got his eye on America.

As recently reported, Arrow alum Jessica de Gouw will play Melanie Troy, the wife of Alfie’s former SAS Captain, while Simon Manyonda (His Dark Materials) has landed the plum role of Lucius Fox, who at this early stage is but a young scientist who suffers no fools gladly. 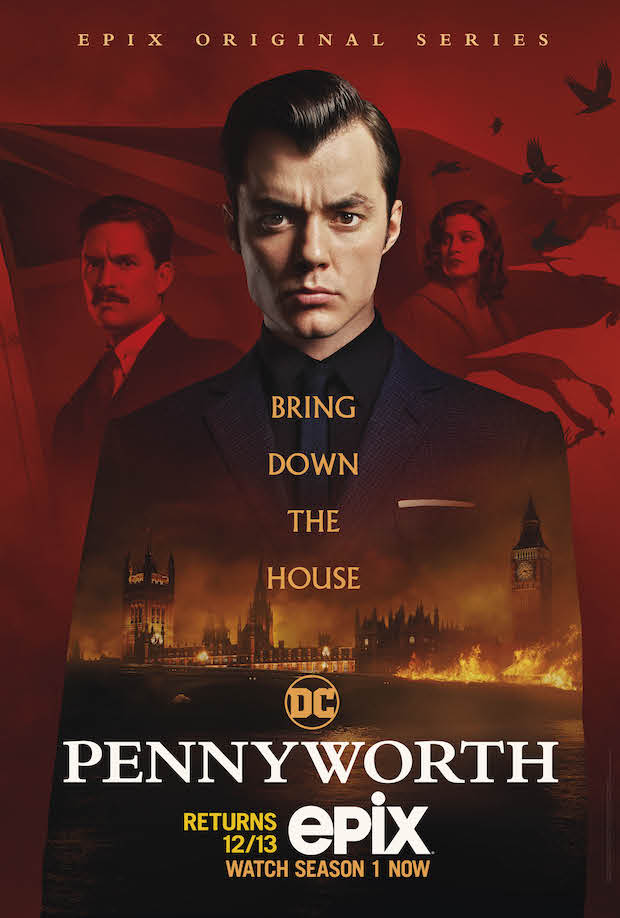