CBS’ S.W.A.T. is ready to swing back into action, with a two-hour Season 4 premiere airing this Wednesday starting at 9/8c.

TVLine spoke with executive producer Aaron Rahsaan Thomas about the powerful, 1992 L.A. riots-themed season opener, which was postponed from last season but is only more relevant now (watch a sneak peek below), as well as the many personal storylines and tests ahead in Season 4.

TVLINE | S.W.A.T. is returning with the Season 3 finale that was postponed by the pandemic, which flashes back to the L.A. riots. Did that episode come out looking a bit different than you originally planned, given every single thing that has happened since?
What’s been awesome is how our production team has been really great about being able to plan for this episode in advance. The proactive side of it has been is we’ve had enough time to really look at how we could still maintain the quality that we were going after in the COVID era. And having looked at the first cut of that episode recently, I can say that we’ve been able to get pretty much what we wanted. There are considerations regarding, you know, large crowd scenes, and certainly spacing is important. But as far as the material, we’re pretty much telling the story that we wanted to tell. We’re still telling the scope of the story of current day S.W.A.T. dealing with the current political unrest, that tricky dance between the police and the community, and also telling the flashback story back to 1992 of some of the same parallel elements that the police and the community was dealing with at that time. That is all still very much in place. 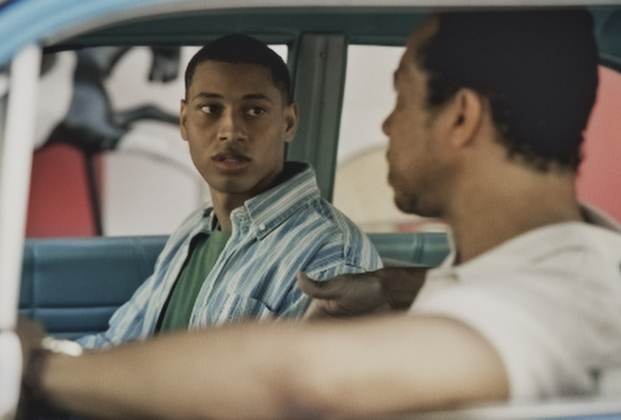 TVLINE | No one would have faulted you at all for going with archival news footage of the 1992 riots, because you can’t put together a crowd scene the way that you need to. But you’re saying you kind of found a way to sell that…?
Fortunately and unfortunately there are ample examples to pull from when we’re talking about civil unrest and uprisings in the history of Los Angeles. There’s a lot to pull from both current day and from 1992 that allows us to supplement the look of our episode. So, what we’ve done, with the help of our director/producer Billy Gierhart, is to in essence maximize our establishing shots based on the stock footage that we were able to get from archives, and then supplement that when we go in to shoot our people on the ground. Normally, if you can sell an audience on the scope of the event from the master shots then you tend to believe and be willing to go with that belief once you go in close. In close, we don’t have nearly that many extras that we can or should use, but hopefully your mind is in the space that we actually are in that environment.

TVLINE | Did you slip in any up-to-date references? Like, are Hondo (played by Shemar Moore) and the team talking about George Floyd and Breonna Taylor?
Yes and no. The tone of the story certainly shifts a bit, because at the time what we were talking about was how between the Watts riots of 1965 and the Rodney King riots there were 27 years that had passed, and the year 2020 had marked 28 years since Rodney King — how maybe we’re making progress. But the original tone of the story was, “Wow, we’ve learned something new, maybe this time we’ve gotten it right”… and then George Floyd happens.

What we tried to do is not necessarily focus on any one modern event or movement; our story is more about the overall legacy of a city, of Los Angeles. The fact is that the things are happening now are not unique and isolated to the year 2020. So, to answer your question: There are references to the current day situations that are happening, and in particular we have a really poignant few places where we reference these modern occurrences. But the overall focus of the story is how the [city’s] legacy helps give context to the current day situations more so than the specific current day situation.

TVLINE | Will the premiere also juggle the dangling thread from the Season 3 finale’s Diablo storyline?
Oh, yeah, we very much honor that. There’s something larger and unexpected that happens off of the El Diablo saga from last season. There are some twists and turns to that story that we’ve yet to play out, and certainly Diablo’s final lines about the city “burning,” those will not be in vain. 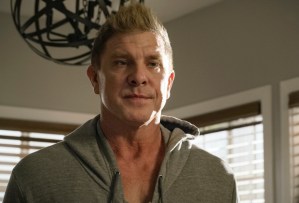 TVLINE | Are there any personal storylines you’re going to hit at the beginning of the season? Like, is Luca (Kenny Johnson) back with the team 100-percent at this point? Also, Deacon (Jay Harrington) confronted his mental health, Tan proposed to Bonnie….
All of the above we’ll hit on in the premiere. Moving forward, we’re definitely going to see Deacon coming off of his arc off of last season and really getting into mental health and starting to counsel a new mentee, based on that idea of him being able to share his wisdom.

We’ll see definitely Tan (David Lim) and Bonnie (Karissa Lee Staples) examining what you know the next step is for them — and Tan having to really consider whether the next step is the best thing or the thing that he wants to do in their relationship.

Luca has always been kind of the heart of our team, a good soldier, and he is going to be facing some leadership opportunities. He will examine whether or not leadership is anything that he wants to do, and why he hasn’t considered it before, being a third generation in S.W.A.T. But we have a few twists with Luca, especially early on, where we’re going to have him working on a larger project that may take him out of the City of Los Angeles. But I don’t want to reveal too much just yet with that. 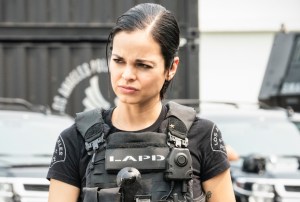 TVLINE | And Street (Alex Russel), he was still dating the commander’s daughter, right? Yet there’s always “something” going on with him and Chris (Lina Esco), though we can never quite get a bead on it….
Oh, yes, you have the ongoing relationship that Street has with Molly (Laura James), and that provides complications between Street and Hicks himself (Patrick St. Esprit). You know, Street’s come a long way since Season 1 — we’ve seen him mature, especially through the last season where he lost his foster brother Nate. But that tends to be, for some people, exactly where you start to backslide. So, Street at the start of the season is in a good spot, but that doesn’t necessarily mean things are going to stay that way for him.

Chris, by the way, through the course of the season we’re going to take her through an emotional kind of whirlwind that’s going to test her in a way that she hasn’t been tested before. And certainly, her and Street’s friendship will be affected by that. 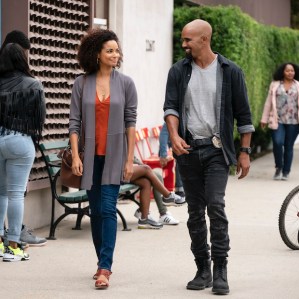 TVLINE | Hondo and Nichelle (Rochelle Aytes) had just broken up….
Nichelle went off to work on youth centers, but we really loved the chemistry between the two of them. Nichelle will come back into Hondo’s life, but that doesn’t necessarily mean that they’re going to be romantic. Hondo has some things that he still has to figure out on the personal side before he’s really ready to be in a committed relationship again. The two of them, they’re in a unique position in that you have Nichelle who works at a community center and you have Hondo who is a police officer — and in the year 2020, they may have different opinions on certain topics. He needs to earn that friendship back and it’s really going to test Hondo in a way that we don’t normally see.

TVLINE | Lastly, I wanted to ask about the statement that you and the writers put out over the summer about wanting to “do better” in exploring themes of racial injustice and inequality. Have you seen that effort manifest itself yet?
What I can tell you is that from the storytelling end of things, we definitely buckled down and really try to make sure that we’re examining and getting as close to the truth as we can in the stories that we tell. It’s a lot of responsibility, with Hondo being our essential character — an African-American police officer who respects the job and respects the badge but also understands, having grown up in the community, what the challenges can be, and trying to bridge that gap. We’ve had it baked into the DNA of the show from the very beginning from the pilot episode.

Everyone from Shemar Moore to [executive producer] Shawn Ryan to myself to [EP] Andy Dettmann, from the entire writing staff to our entire production and crew, we all have a responsibility to really lean into the show not only as a device for entertainment, but also as a beacon of hope. As an aspirational example of ways that we can improve communication using Hondo as an example of that. So from the opening frame of this season, you’re going to see that Hondo is very much confronted by a community that questions his allegiance — and he ends up being confronted as well by his police contemporaries who question where his heart is. You have a guy who’s caught in the middle and has been since the pilot, but now so more than ever. Like, if you asked Hondo if we were making progress, he would’ve said yes.

TVLINE | He’s got to wonder now, though.
He’s got to wonder now. Hondo definitely has that crisis of at least wondering if the efforts that he’s making are actually making a difference, and also wondering if the fight is even worth fighting. Again, considering the legacy, considering how many times this has happened over and over again just in his city, much less the country, these are all questions that we’re leaning into. We’re challenging him this season on multiple layers and rightfully so — and we’re not confining it to one episode. It’s not a “very special episode” and after the premiere we’ll never visit again. 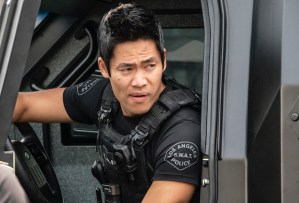 Our entire Season 4, pretty much every episode in some way is hitting on that dilemma and not always from Hondo’s perspective. Tan is a Chinese American in the age of xenophobia, so he has his own perspective that’s going to be very unique from anyone else’s. Like I said, we’re going to put Chris through an emotional ringer, and some of that is based on her own world of working in a very testosterone-driven environment. We’ll be dealing with white nationalists in the course of this season, and not everyone necessarily has the same perspective on how to deal with them.

We’re going to be hitting on a variety of different topics, but as far as our proclamation to try to do better in front of and behind the camera, I feel confident that we’ve been putting in the effort.