Santa’s delivering Star Wars fans a very special animated gift this holiday season — and we have your first look at the yuletide loot.

Riffing on the franchise’s infamous 1978 TV special, the new trailer for the LEGO Star Wars Holiday Special (debuting Tuesday, Nov. 17 on Disney+), picks up after the events of The Rise of Skywalker, with Rey heading out for another adventure with BB-8 in order to seek a deeper knowledge of the Force.

The official description adds: “At a mysterious Jedi Temple, she is hurled into a cross-timeline adventure through beloved moments in Star Wars cinematic history, coming into contact with Luke Skywalker, Darth Vader, Yoda, Obi-Wan and other iconic heroes and villains from all nine Skywalker saga films. But will she make it back in time for the Life Day feast and learn the true meaning of holiday spirit?”

In the clip (embedded above), we glimpse the beginning of Rey’s trip as she and her sidekick find a key to the galaxy’s past. We watch as the gang prepares for a festive Life Day — including Lando hilariously hoping for a new cape, and Emperor Palpatine rejecting his new “Galaxy’s Best Emporer” mug — while Rey gets jazzed at the chance to see “my master, my master’s master, my master’s father, my master’s father’s master…” (And be sure to stick around for the kicker at the end, involving Young Han, Old Han and Greedo!)

Written by David Shayne and directed by Ken Cunningham, the special is the first to debut on Disney+. It follows two other LEGO specials including LEGO Star Wars: The Padawan Menace (2011) and LEGO Star Wars: The Empire Strikes Out (2012), both of which premiered on Cartoon Network.

Take a look at the festive poster below, and press PLAY on the video embedded above to see what’s in store. Then, hit the Comments and let us know if you’ll be watching! 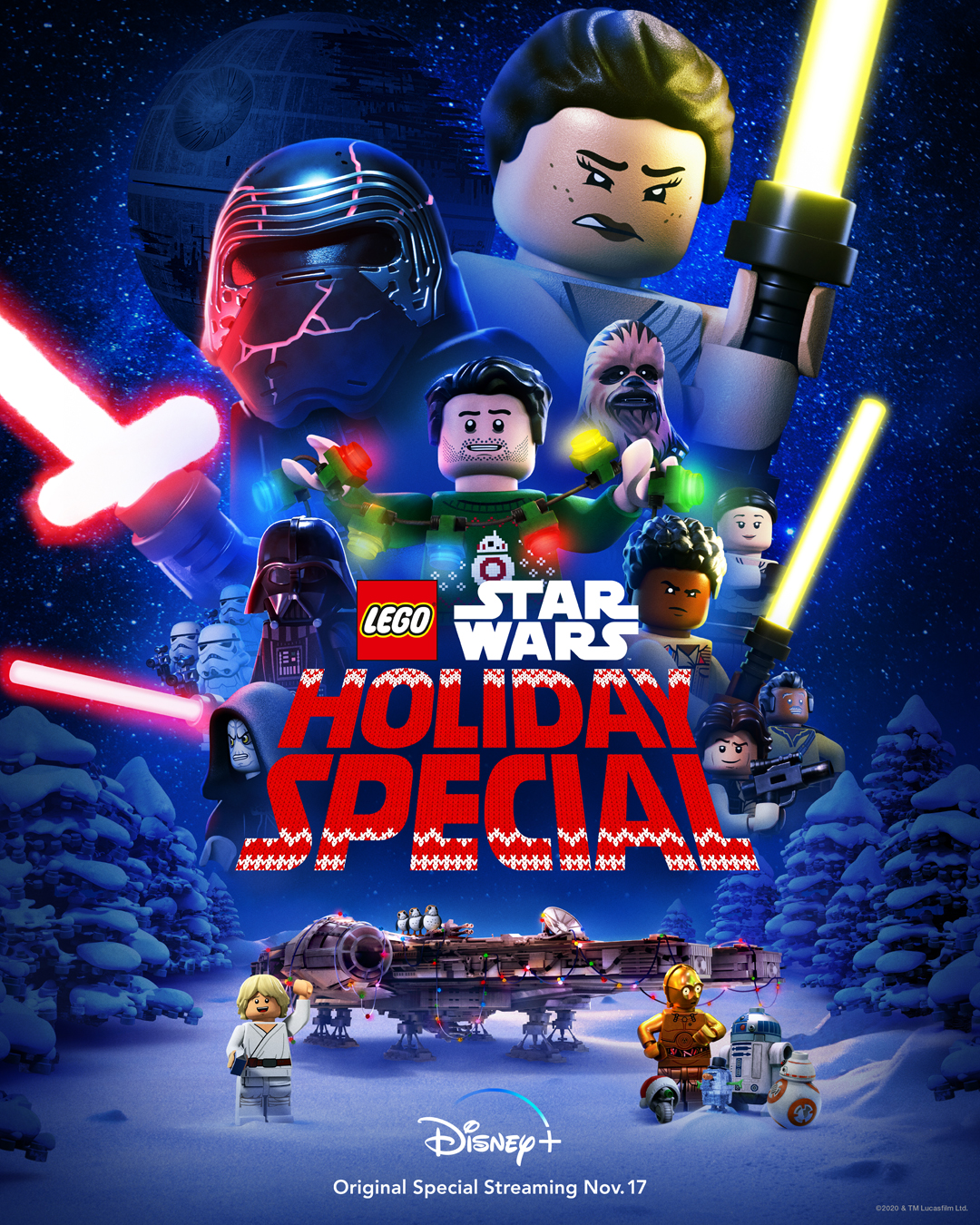