That, folks, is that. Monday’s episode of The Voice brought to a close Season 19’s Blind Auditions, adding to the coaches’ rosters the worst nightmare of Team Blake’s Sam Stacy, a coupla middling country singers and the only act in the competition that can do its own harmonies (as the photo above suggests). It also introduced to the contest a Johnny-come-lately who was so good, I thought cowabunga, he could actually win. OK, now I sound like the coaches, who seem to say that to every third contestant. Let’s recap, shall we?

Julia Cooper (Team Legend), “Alaska” — Grade: B | A “weird and quirky” 21-year-old from Poland, Ohio, Julia inspired three chairs off the bat with the distinct quaver of her voice. (Blake never was convinced.) John delighted in how she went in and out of her head voice and demonstrated not only softness and vulnerability but power. In response, Kelly suggested that Julia had a soundalike rival on Team Legend — Cami Clune. But I suspect Cami will actually go further than Julia; she may be too unique for a show that likes its contestants to fit snugly in lanes. 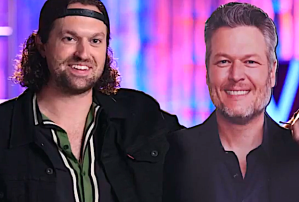 John Sullivan (Team Blake), “Operator” — Grade: A- | This — whoa — 6’7” former baseball player explained in his pre-interview that he had used music to step away from the diamond when he’d realized he wasn’t going to get drafted. On stage, he turned in an absolutely lovely Jim Croce cover that earned chair turns from Blake and Gwen. It was very true to the original and seriously dreamy. But like with teammate (and lane rival) Sam Stacy, he didn’t display the kinda vocal firepower that tends to wow voters. At least we must have an amazing John/Sam Battle to look forward to.

Skylar Alyvia Mayton (Team Kelly), “Blinding Lights” — Grade: C+ | Before her Blind, this 15-year-old expressed her fervent desire to have Kelly help her discover her musical identity. And whad’ya know? She only got one chair turn, but in that seat was Kelly’s tush. The kid clearly has talent, but on her rendition of The Weeknd hit, it struck me as a smidgen unrefined. There were iffy bits where she made me go “hmm” — never a good sign during the Blinds (when there’s time for vocals to be sweetened before air) — and a lack of richness beneath the sweetness of her tone. 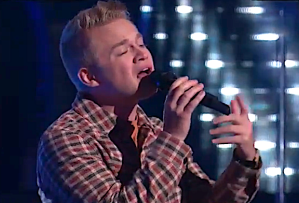 Lain Roy (Team Gwen), “Someone You Loved” — Grade: A | Holy crap. From the first note, this 22-year-old from a tiny Ohio town sounded like a contender. His vocal was precise, passionate and as emotional and edgy as it was beautiful; that hint of sandpaper in it was just… mm, too good! He didn’t so much perform as explode! Though it was his high-school talent-show rendition of John’s “All of Me” that really got Lain into music, he mystifyingly chose Gwen to be his coach. Could she actually score her first win?!? Even Lain said that he couldn’t believe that he’d picked Gwen.

Worth the Wait (Team Blake), “When Will I Be Loved?” — Grade: B | Ah, Season 19’s stunt group: a mother/daughters trio from teensy Centre, Ala., that only took on its current formation when the girls’ sister had to bail on the act to care for her newborn with special needs. On stage, the threesome dazzled with their harmonies — after all, what single contestant can do that? And the four-chair turns were divine — I could listen to that s—t till the cows come home. But other than the gimmick of there being three of them, I wasn’t sure that they were “special” enough to go all that far.

Emmalee (Team Kelly), “How Will I Know” — Grade: B | I would’ve turned my chair immediately for this 20-year-old singer/songwriter who once turned a childhood gift of a golf club into a mic; her voice was that powerful… at first. As the two-chair turn went on, though, I kinda got less and less impressed. Vocally, she came off good but not ultimately great. Her strength may lie less in performance than in her ability to reinterpret familiar numbers, as she did with her slowed-down, acoustic rendition of Whitney Houston’s classic.

Bailey Rae (Team Legend), “Does My Ring Burn My Finger” — Grade: C | Once a competitive clogger, this 18-year-old Oklahoman told us before her tryout that she comes from a long line of rodeo folk. But even if she hadn’t, we would have heard the giddy-up in her voice from the moment she opened her mouth on stage. Unfortunately, even through her twang, you could hear enough pitch issues to suggest that she wouldn’t make it past the Battles. Wonder if Blake will keep his promise to steal her when she gets cut — or regret having made it in the first place. 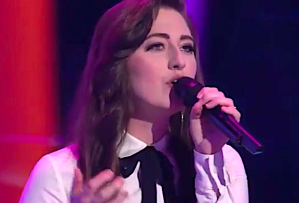 Tori Miller (Team Gwen), “When You Say Nothing at All” — Grade: C | This 26-year-old told us before performing that she became besties with her since-deceased father after an eight-year estrangement owing to his addiction issues. When the spotlight fell on her, she delivered a fine, but just fine, Alison Krauss cover. Afterwards, Kelly dinged her on moments of shakiness, so whether the teams were almost all full up, a one-chair turn (at best) seemed right for Tori.

James Pyle (Team Legend), “Watermelon Sugar” — Grade: B | Growing up, this 30-year-old was regarded as a drummer — he figured, because he’d never really shown people that he could sing. Even as he stepped onto The Voice stage, he admitted that he’d only ever done a handful of gigs as a vocalist — and two of those had been sparsely-attended open mics. But damn if he didn’t bring it. His soulful Harry Styles cover reminded me of spiked ice tea — sweet, went down easy and packed more of a punch than I expected. He also had a lot more stage presence than I anticipated.

What did you think of Night 5 of the Blind Auditions? Were you as wowed by Lain as I was? Hit the comments with your thoughts, then vote for your favorite of the night in the poll below.