The Chase is very much on for ABC, now that the network has officially ordered to series an adaptation of the popular UK quiz show.

In The Chase, which originated across the pond on ITV in 2009, four contestants work for the benefit of the team as they face “The Chaser,” a “ruthless quiz genius who is determined to stop them winning at all costs” (as described by UKGameShows.com). 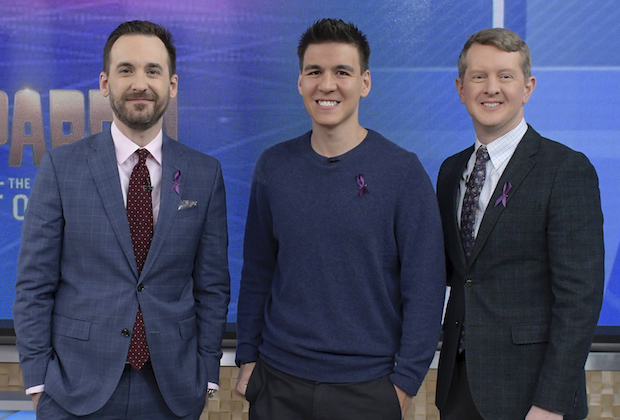 As previously rumored, Jeopardy! GOATs James Holzhauer, Ken Jennings and Brad Rutter are now double-secret confirmed to take turns as The Chaser, who challenges the players to think faster than they ever thought possible. (The trio’s head-to-head-to-head battle in ABC’s multi-night Jeopardy! The Greatest of All Time tournament way, way, wayyyyy back in January scored huge numbers for the broadcast network, delivering north of 15 million total viewers at one point and above a 2.0 demo rating.)

The View‘s Sara Haines, meanwhile, has been tapped to serve as host. A premiere date will be announced at a later date.

With some slight gameplay tweaks, The Chase was first adapted for U.S. audiences in 2013 by Game Show Network. Brooke Burns hosted and English quizzer Mark Labbett served as “The Chaser,” who was also nicknamed “The Beast.” Holzhauer appeared on that version, setting records for both the early Cash Builder round and the Final Chase (in which he contributed 19 of his team’s 26 correct answers, compared to The Beast’s six).