Zoey’s Extraordinary Playlist is adding both a heartthrob and a wild child for Season 2.

NBC’s Jane Levy-led musical dramedy has cast Aussie actor/musician Felix Mallard to its cast, in the recurring role of Zoey’s childhood neighbor, Aiden. Per our sister site Deadline, free spirit Aiden has returned from backpacking around Asia and moved back in with his parents while trying to launch a garage band.

Mallard’s previous TV roles include Locke & Key (as Lucas Caravaggio from the flashback storyline), the CBS sitcom Happy Together (as megastar Cooper James) and Australia’s Neighbours. 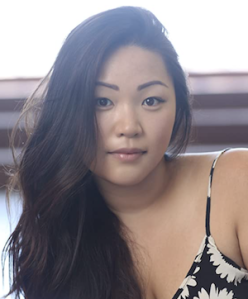 Additionally, Jee Young Han — who has done episodes of Superstore, Station 19 and Santa Clarita Diet — will recur during Season 2 as Jenna Kang, Emily’s wild child older sister who comes to town to “help” Emily and David with their new baby.

Zoey’s Playlist is among the NBC series set to return in early 2021, as well as Brooklyn Nine-Nine, Good Girls, Manifest and New Amsterdam.

Want scoop on Zoey’s Playlist, or for any other show? Email InsideLine@tvline.com and your question may be answered via Matt’s Inside Line.