More than a year after its first season finale premiered, CBS All Access’ Why Women Kill anthology series has revealed some cast for Season 2: Emmy and Golden Globe nominee Allison Tolman (Fargo), and Nick Frost (Into the Badlands).

Created by Desperate Housewives‘ Marc Cherry, the darkly comedic Why Women Kill with its freshman run followed three women living in the same house in different decades — a housewife in the ‘60s (played by Ginnifer Goodwin), a socialite in the ‘80s (Lucy Liu) and a lawyer in 2019 (Kirby Howell-Baptiste) — as they each dealt with infidelity in their marriages.

Featuring an all-new cast, Season 2’s storylines will be set in 1949 and explore such issues as “what it means to be beautiful” and “the hidden truth behind the facades people present to the world.”

According to our sister site Deadline, Tolman will play Alma, an awkward housewife who yearns for a spot in the local garden club (and to see her ungainly daughter get married), only to have her life disrupted by the discovery of her husband’s secret, dark hobby. 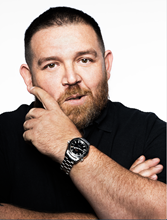 Frost will play said husband, Bertram, who, though always kind and good-humored, spends his days as a veterinarian putting sick and injured animals out of their misery.

In addition to her celebrated Fargo Season 1 run, Tolman’s previous TV credits include Emergence, Good Girls and Downward Dog, while Frost, a Welsh actor, has been on Sky Atlantic’s Mr. Sloane and will next be seen on Amazon’s Truth Seekers (which he created and co-wrote, premiering this Friday, Oct. 30) and HBO’s The Nevers (due in 2021).

Of course, by the time WWK Season 2 eventually arrives, CBS All Access will be going by a different name — Paramount+.