Apple TV+ this month will commence production on Pachinko, an adaptation of the acclaimed novel by Min Jin Lee, to be told in Korean, Japanese and English and film across multiple continents.

Soo Hugh (The Terror) penned the adaptation and will serve as showrunner and an executive producer.

Chronicling “the hopes and dreams of four generations of a Korean immigrant family” and described as “epic in scope, intimate in tone,” Pachinko begins with a forbidden love and “crescendos into a sweeping saga that journeys between Korea, Japan and America” as it tells an unforgettable story of “war and peace, love and loss, triumph and reckoning.”

Min Ho Lee (Gangnam Blues) stars as Hansu, an enigmatic outsider and merchant with ties to organized crime who embarks on an illicit romance with far-reaching consequences, while Jin Ha (Devs, Jesus Christ Superstar: Live) plays Solomon, an ambitious, charming young man who will be forced to reckon with his family’s past. 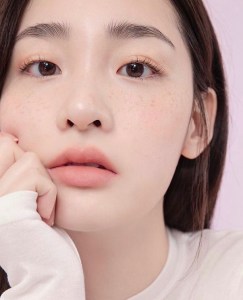 On the other side of the aforementioned illicit romance is Sunja (played by Minha Kim), a heroic young woman on the cusp who forges her own path in a hardened country that is not her own.

Additionally, Anna Sawai (Giri/Haji) will play Naomi, a savvy career woman in the male-dominated world of high finance; Soji Arai (to be seen in Cobra Kai Season 3) is Mosazu, a successful businessman concerned for his son’s future; and Kaho Minami (Hotaru) will play Etsuko, a vibrant, independent woman who longs to be reunited with her estranged daughter.