When we came back for seconds of the comfort food that is Season 19 of The Voice Tuesday, we discovered that it was now Blake Shelton’s The Voice, according to the NBC sing-off’s winningest coach. Though backstage John Legend and Kelly Clarkson suggested that having lost a couple of seasons might have knocked their rival down a peg or two, Gwen Stefani set them straight. “I don’t think it humbled him,” she said of her boo. And as if to prove his girlfriend right, in he waltzed in a crown and royal robe. And why not? “I think it’s time,” he said, “after 19 seasons of The Voice to own it.” He might’ve been onto something there. However, I doubted that either of the contestants that he recruited Tuesday were going to bring him another victory. Read on, and we’ll review not only their performances but all of the advancing artists’.

Taryn Papa (Team Blake), “Anyway” — Grade: B- | After explaining in her pre-interview that she’d once used music to communicate with her grandfather when he was lost in the throes of Alzheimer’s, this 30-year-old, who sings at Blake’s Nashville bar, wowed the judges (except for John) with a series of big, biiig notes. And they were impressive in their magnitude. But the performance overall fell kinda flat, and, when Taryn wasn’t belting, she was kinda… meh. Maybe that’s why John backhandedly suggested that her passion might help her overcome her technical shortcomings.

Liam St. John (Team Gwen), “Sex & Candy” — Grade: B | Blessed with what he called “springy legs,” this former competitive jumper leapt into music after peaking athletically. Good move, it sounded like. The 29-year-old’s cover of Marcy Playground all but dripped with sex, his vocal going from come-hither smooth to I-dare-ya-to raspy. And when the two-chair turn really cut loose and went wild, we could hear hints of the rock star that he could be.

Aaron Scott (Team Blake), “Hemorrhage (In My Hands)” — Grade: C | By day a mild-mannered middle-school teacher of kids with emotional issues, by night a garage rocker, Aaron told us before hitting the stage that he used music to deal with his depression and anxiety. And of course it’s awesome that he has that outlet. But for the most part, his performance was forgettable. John heard charisma and energy in Aaron’s pretty-bland Fuel cover, I heard a nice guy who sang OK but probably wouldn’t last past the Battles. 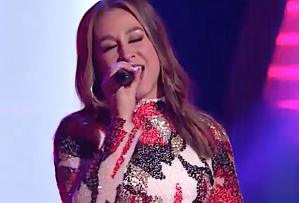 Madeline Consoer (Team Kelly), “Girl” — Grade: B | This self-professed Daddy’s girl brought to her vocal a memorable tanginess that I suspected would distinguish her from her eventual lane-mates on the show. The performance wasn’t as showoffy as, say, Taryn’s, yet it was, for my money, better. Maybe it was just a more interesting song selection? Anyway, only Kelly turned for Madeline, but afterwards, Blake admitted that the only reason that he hadn’t swiveled his chair was because he’d noticed his nemesis about to use her Block on him.

Cami Clune (Team Legend), “Skinny Love” — Grade: A- | A 20-year-old with Ehlers-Danlos Syndrome — like Sia, she noted — Cami earned a chair turn from Kelly immediately. Gwen and John followed suit shortly thereafter, no doubt enchanted by a vocal that was at once strong and fragile, like a sonic spider web. By the time Cami was through, even a Blocked Blake had turned around to see who was giving the performance that John called mesmerizing and that kinda made me think of a less quirky Kate Bush. 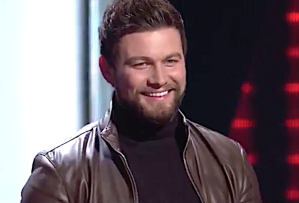 Ryan Gallagher (Team Kelly), “The Prayer” — Grade: A | Aw, man, I felt bad for this opera singer, whose audition was presented initially as truly blind. He got through 95 percent of his Andrea Bocelli cover — flippin’ flawlessly, I might add — and the coaches still just sat there like they didn’t know what they could possibly make of him. Which I guess was a fair point — he might be tough to pair up for a Battle. But still. The guy was so good, his singing sounded like what Kelly called “a conversation from the gods.” As an added bonus, as Blake pointed out, Ryan “looks like James Bond standing up there.” And he didn’t mean George Lazenby, either!

Chloé Hogan (Team Gwen), “What the World Needs Now” — Grade: B- | After a backstage run-in with a spider, this 20-year-old admitted before hitting the stage that she had — irony alert — “butterflies all over.” Nonetheless, she sang like bottled sunshine. Her performance wasn’t perfect, and I might’ve liked to have heard a bit more dynamism from her. But I think Blake probably nailed it when he suggested that the one-chair turn study Anita Baker’s Rapture album — it really is the perfect style for Chloé’s jazzy, easy-listening kinda voice. 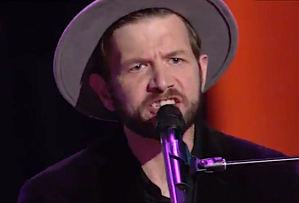 Sid Kingsley (Team Legend), “Don’t Think Twice, It’s Alright” — Grade: A | A native of Branchville, Va. — population about 100 — this 37-year-old shared in his pre-interview that he was prone to going all Lisa Simpson on the sax to cope with his nerves. (Mental note: Look into sax lessons.) On stage, well, damn. Sid was a portrait of composure, letting loose a vocal that sounded simultaneously spontaneous and in control. Short of maybe John Holiday, the three-chair turn has what is arguably the season’s most readily recognizable voice.

So, what did you think of Tuesday’s Blinds? Vote for the contestant who most impressed you in the poll below, then hit the comments.