One of TV’s most frenetic, audience-centric game shows — CBS’ Let’s Make a Deal — has revealed its new, COVID-safer set. And it is quite different.

Making its debut with the game show’s upcoming primetime special, airing next Tuesday, Oct. 27 at 9/8c, the redesigned set (shown in detail below) allows for 12 potential contestants to be seated in the actual audience, in pods, while another 18 cheer on from home via two “virtual” panels mounted on the back wall.

The new set design, which was first revealed by our sister site Deadline, also ensures that the contestants remain distanced from both each other and from host Wayne Brady. 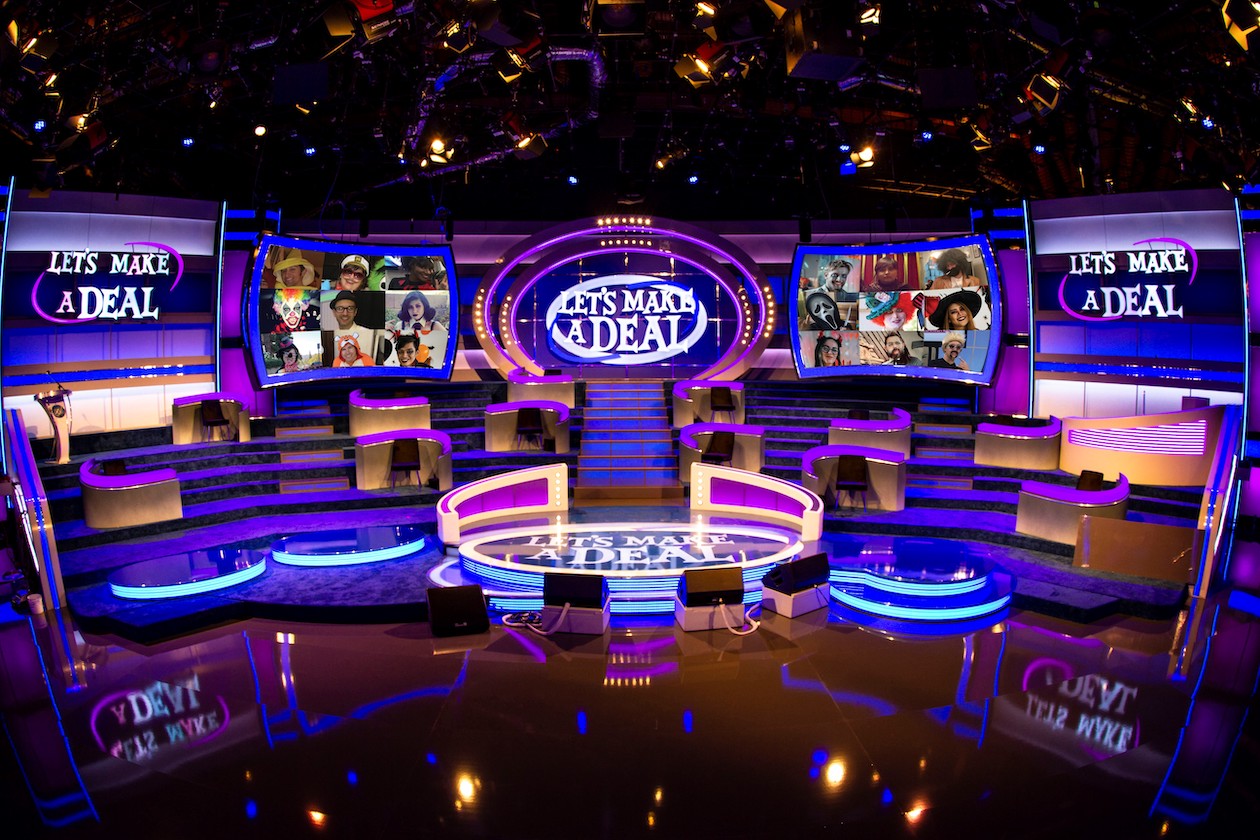 Let’s Make a Deal’s pandemic-era redesign is in keeping with those on other game shows, such as Wheel of Fortune (where players now have whatchamacallits to grab/spin the wheel) and The Price Is Right, where “Bidder’s Row” is now on the same level as the main stage and each contestant is situated six feet apart, and yet all 77 games have been reconceived in COVID-safer ways.

Let’s Make a Deal‘s new primetime specials also include a holiday-themed outing airing Monday, Dec. 21, as well as as a to-be-scheduled one featuring The Amazing Race host Phil Keoghan.

The Price Is Right in turn will air primetime specials on Oct. 27 (leading into Let’s Make a Deal), Monday, Nov. 2 (featuring the cast of The Neighborhood), and on a third date to be determined.