The Flight Attendant is getting ready for takeoff.

HBO Max announced on Monday that the Kaley Cuoco-led series will premiere on Thursday, Nov. 26 (aka Thanksgiving Day), with the first three episodes of its eight-episode freshman run.

A poster for the series was also released, shown down below.

Based on Chris Bohjalian’s 2018 novel of the same name and described as “a story of how an entire life can change in one night,” The Flight Attendant follows the Big Bang Theory alum’s titular Cassandra Bowden, who wakes up hungover in a Dubai hotel room… with a dead body next to her, and no idea what happened. Instead of informing the police, she joins her fellow crew members on a flight to NYC, where she is met by FBI agents with a few questions about her recent layover. Unable to piece together what happened, Cassandra begins to suspect that she might be the killer. 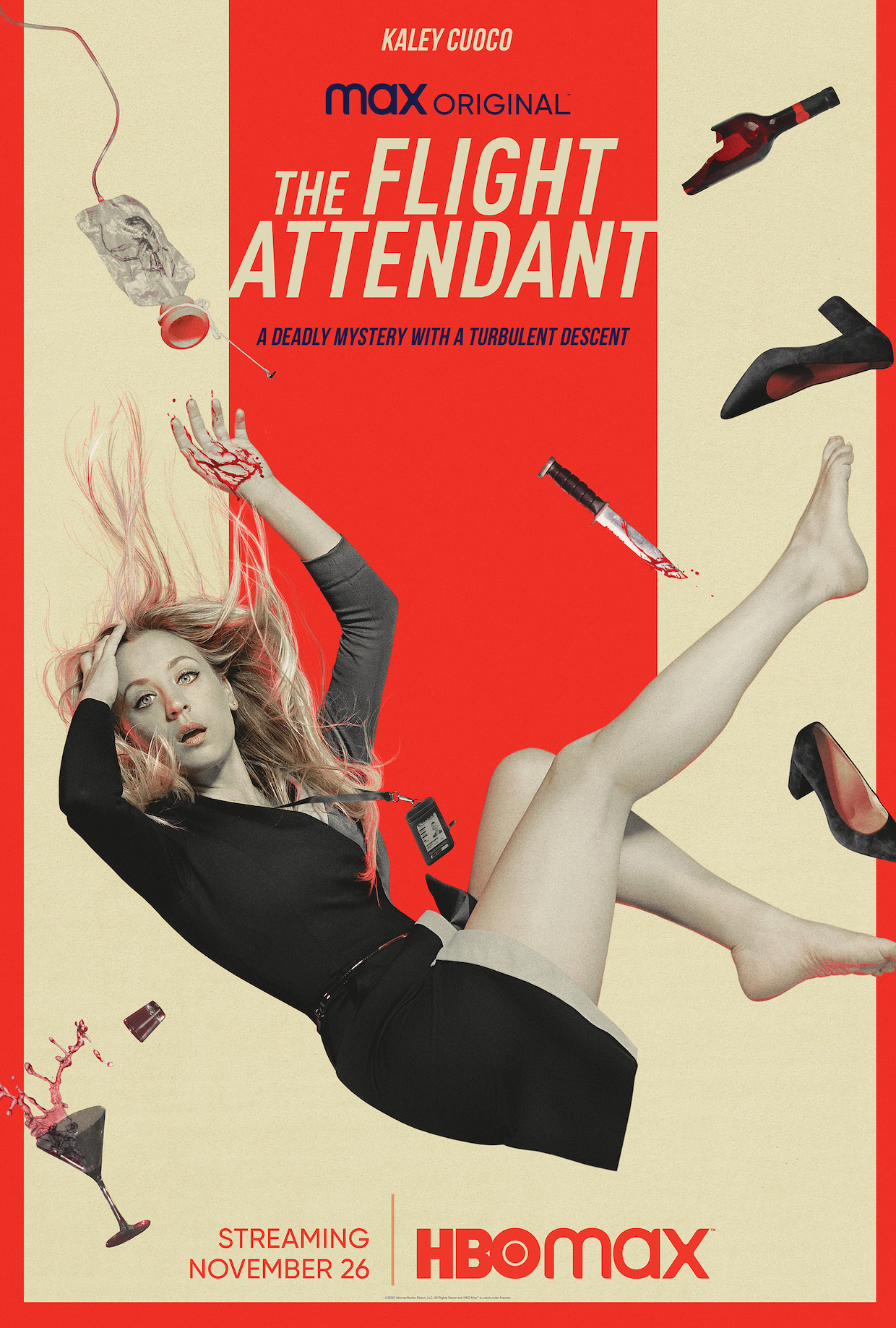