It’s been more than three years since Freeform scrapped its plans for Greek: The Reunion, and star Jake McDorman (aka Evan Chambers) is still in the dark about why the network opted not to pledge the two-hour holiday movie, which would have found the gang returning to Cypress-Rhodes University for their five-year reunion.

The project was first announced in April 2016, but just over a year later in June 2017, Freeform quietly abandoned the mini-revival with no explanation. At the time, series creator Sean Smith told TVLine, “I delivered a script to Freeform in February that they seemed to love enough to want to move forward. We reached out to the cast. Then Freeform told me they didn’t have the money to make it this year… maybe we can next year. Then I heard from TVLine that it’s officially not moving forward. So I’m obviously disappointed but grateful for the time I got to spend with those characters again.”

More recently, McDorman — who played the president of Omega Chi Delta — mused about the possible cause for the abrupt change of heart. “I think it was around the time that ABC Family was transitioning into being Freeform. So I don’t know if it got just kind of lost in the shuffle,” McDorman said while promoting his Disney+ series The Right Stuff. (ABC Family officially became Freeform in January 2016.) 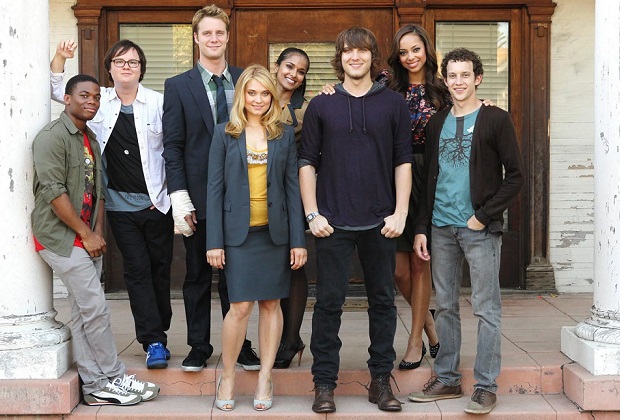 Plus, as McDorman points out, “it’s a big cast to get back together. The more time [that] goes [by], where all of us have gone onto other projects with different contracts, just wrangling a cast of that size back in one place to do a reunion, I think there are a lot of logistical [challenges]. But it wasn’t because of, like, one holdout. It wasn’t like one of us was grandstanding. We all got a script, we all talked about it for a minute, and then we’re kind of on, “We’ll notify [you],” until we all got kind of pulled back in different directions. But never say never.”

Even though the on-screen reunion never came to be, McDorman feels like he’s living it in real life, thanks to the “lifelong friendships” he made while working on the series. “Scott [Michael Foster] lives right down the street from me, literally. I’m watering his plants today,” McDorman notes. “Jacob Zachar and Paul James and Amber Stevens and Clark Duke, all of us are still super close. People go, ‘What happened with the reunion?’ and in a weird way, I feel like we’re on a version of the show, because we’re all each other’s lifelong best friends, and that’s our social circle still.”

As for what was in store for Evan in the movie — he ended the show single and having made amends with Cappie — McDorman honestly can’t remember what was scripted, but he’s got some guesses about where his character would be now. “If the last four years didn’t go the way they did, politically, I feel like I could say, ‘Oh, he maybe got into politics,'” McDorman shares, “but that’s such a s–tshow now that I hope he didn’t, or if he did, I’d hope he’d be on the right side.” 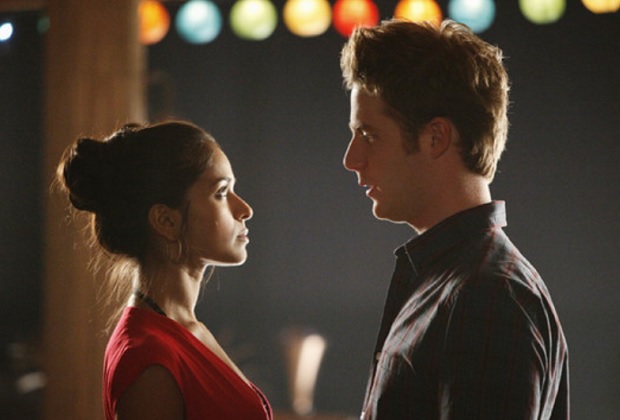 “He could certainly be with [his ex-girlfriend] Rebecca,” the actor continues. “I think both of them know what it’s like to come from at least kind of a privileged family in some ways, her dad being a senator, and his parents being as wealthy as they are, and there’s kind of a kindred spirit with the two of them navigating that. But he could’ve also met someone completely different, she could’ve met someone completely different… He could be a lawyer. He could be like a U.S. attorney.”

Wherever Evan ultimately landed, McDorman is grateful for the growth arc and nuance that the writing team gave his character over Greek‘s four-season run. What started off in the pilot as a potentially “toxic frat bro,” who could have been an “archetypal villain,” evolved into a multi-dimensional role.

“Sean Smith and all the writers on the show did a good job of really making sure they didn’t fall into that trap with him and [painted] him in a way that wasn’t so easy to pin down,” McDorman enthuses. “When he’d do things that were incredibly frustrating, disappointing or even adversarial for the characters that we love, they’d always put effort into explaining why maybe that happened, and it wasn’t as black and white. That character lived more in the gray than I think he could have if we didn’t have such a good team writing the show.”