Peter Roth is stepping down as chairman of the Warner Bros. Television Group in early 2021, capping a 22-year run during which he saw no less than 32 primetime series — including The Big Bang Theory (the longest-running multicam comedy in TV history), Arrow, Fringe, Shameless and The Vampire Diaries — reach the coveted 100-episode milestone.

“Peter and I have been meeting for some time about this, and while there’s never a great moment to say goodbye, he felt that this was the right time to transition in a new leader for the group,” WarnerMedia Studios CEO Ann Sarnoff said in a statement. “He’s delivered hundreds of shows, thousands of episodes, millions of viewers, with one singular vision – to work with the best people and to make the best television series…. We’re thankful for his contributions to our company and wish him the very best.”

“Working at Warner Bros. has been the greatest, most meaningful, most rewarding experience of my career,” said Roth. “For the past 22 years, I have had the privilege to be associated with some of the most inspiring creative talent, the most impactful television series and the most dedicated and passionate people I have ever known. It has long been my dream to be able to say farewell at the right time in the right way and for the right reason… I look forward to the next chapter of my career and remaining connected to those people who have meant so much to me.” 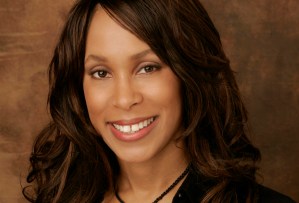 Roth came to WBTV in March 1999 after having served as President of Fox Entertainment, where he was responsible for the development and programming of Ally McBeal, That ’70s Show and Family Guy. Prior to his time at Fox, at Twentieth Network Television (currently 20th Century Fox Television Productions) he oversaw the development and sales of The X Files, Picket Fences, Buffy the Vampire Slayer, The Practice and King of the Hill.