Parlez-vous français? If so, Emily in Paris‘ titular heroine could use your help.

The Netflix comedy, from creator Darren Star (Younger, Sex and the City), follows Chicago marketing executive Emily (played by The Last Tycoon‘s Lily Collins) as she embarks on a Parisian adventure. After her boss (Private Practice‘s Kate Walsh, in an all-too-brief role) gets pregnant, Emily is sent in her place to Paris to work with the boutique French luxury firm that Emily’s company has acquired. Emily’s in awe of her scenic new surroundings and the city’s life-changing pain au chocolat. And she’s very excited to share her ideas on how to improve the firm’s social media presence, but her new colleagues Luc (Bruno Gouery) and Julien (Samuel Arnold) aren’t as thrilled about her presence. For starters, Emily doesn’t speak French (“Fake it ’til you make it!” Emily retorts), and her plucky approach to work is so very American. 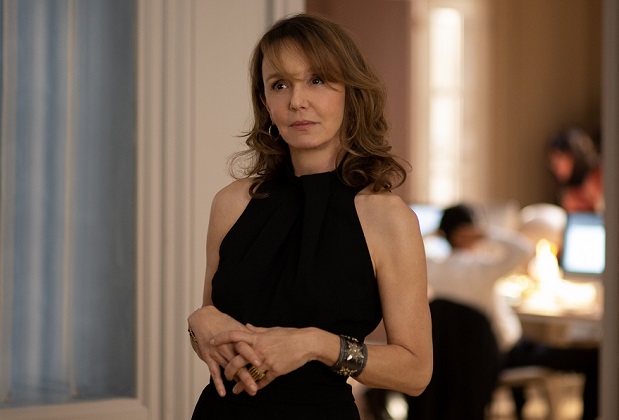 Sylvie (Philippine Leroy-Beaulieu), who practically slinks into every scene, takes a particular dislike to “la plouc” (aka “the hick”), as Emily’s coworkers dub her. “With me as her boss, we’ll see how long she lasts,” Sylvie remarks.

When Luc runs into Emily at a café, he confesses that she scares them all, because maybe now they have to work harder. Americans live to work, while the French work to live, he notes. (Case in point: Emily shows up at the office at 8:30 am, not knowing that they open their doors at 10:30 am.) Emily replies that she enjoys work and accomplishment, which Luc takes to mean that maybe she doesn’t know what it is to be happy. Emily thinks that’s a little arrogant, but Luc counters back that it’s arrogant that she came to Paris, not knowing any French. “More ignorant than arrogant,” Emily apologetically admits. 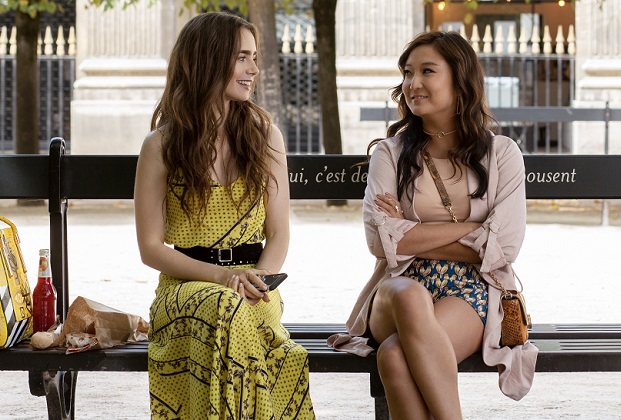 Emily also makes a friend in Mindy (Ashley Park, Broadway’s Mean Girls), a Chinese ex-pat working in Paris as a nanny. Mindy offers her phone number to Emily in case she ever feels lonely and wants to get dinner. What a bonne amie!

What did you think of Emily in Paris‘ first episode? Grade the premiere below, then hit the comments!