Shawn Ashmore returns to his superhero roots with this Friday’s The Boys — but his supe, Lamplighter, couldn’t be more different from the heroic Iceman he played in the X-Men movie franchise. For starters, the fire-wielding Lamplighter was responsible for the murder of two children, a tragedy which still haunts the supe. And as viewers discover in Episode 6, there’s a lot more to the story of what happened to Mallory’s grandkids.

Below, Ashmore digs deep into the character’s morally complex actions and shares his reaction to Lamplighter’s memorable costume. Plus, the actor takes on the all-important question: Who would win in a fight, Iceman or Lamplighter?

TVLINE | You’re no stranger to superhero/comic book movies. How did this experience compare to X-Men for you?
In a lot of ways, from a character and an acting perspective, it was completely different, obviously, but that’s kind of the point. Lamplighter is the complete opposite to Bobby Drake, to Iceman. So from that perspective, it was completely different, although working in the same space with the effects and the powers, that felt very familiar. But also, the thing that amazed me about The Boys is what a huge production it is. The X-Men films, obviously, are big tentpole films. But when I got on the set of The Boys, it felt familiar. It’s a huge, huge production, from the amount of detail they spend on their visual effects and the costumes, and even just the time to shoot scenes. It doesn’t feel like a traditional TV show or network TV show. So I loved that. It felt very similar to being on a film set versus a television show.

It’s a fun set. I was a big fan of the show coming in, so it was exciting. It was a little nerve-wracking, because whenever I get to be a part of something I’m a fan of, I don’t want to screw it up. [Laughs] You don’t want to be the weak link. But coming on, I felt very, very welcomed, and obviously, all the actors and the whole production, they’re very welcoming to all the cast that come on, and they want you to be really good. So everybody’s there to support you and to bring you up to speed. It was a really good time. 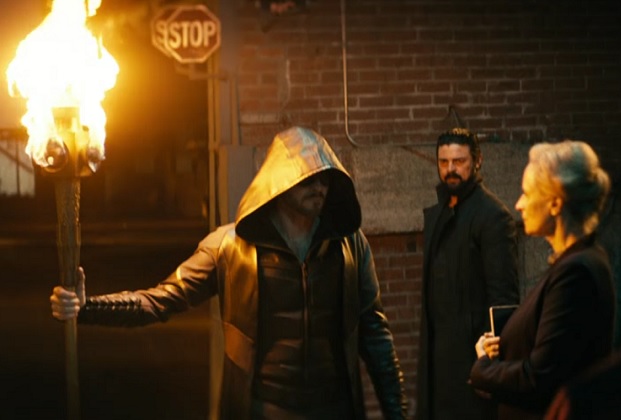 TVLINE | The Boys have quite a reaction to your Lamplighter costume. What did you think of it when you first put it on?
I loved it! It was, like, ridiculous in all the best kinds of ways. It was so ornate and detailed. From the cowl and the tight-fitting costume codpiece, the boots and the cuffs on everything, it was amazing. I had such a fun time. And it was a long fitting process, way longer than I ever spent on the X-Men films: so very detailed, [a] very dedicated team, and I love the costume. I thought it was perfect. It went through a few weeks of fittings and iterations and stuff like that. When I finally put it on for the first time, which is the scene where Lamplighter’s walking down a red carpet, I felt like a superhero again. You put it on, and you can’t help but walk a little differently and handle yourself in a different way. 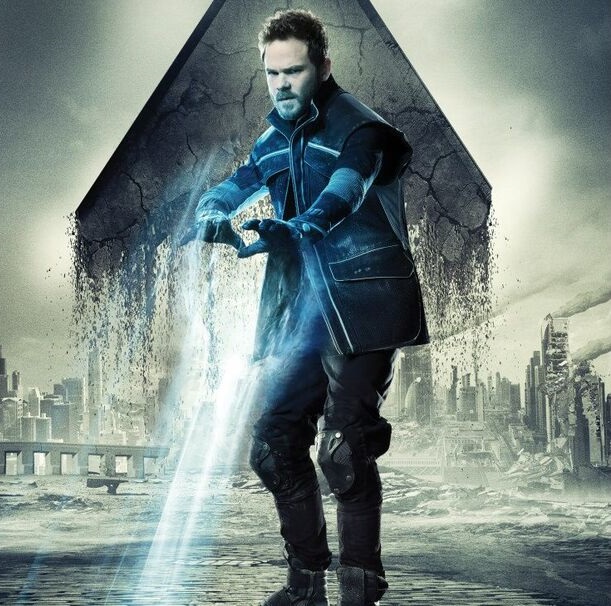 TVLINE | Your powers between the two roles are pretty much polar opposites, ice and fire. Is there one that you think would beat out the other in a fight?
That’s such a hard question. We don’t see the fire versus ice battle in The Boys, but in X-Men, Iceman did win that battle. So I’m not sure where to go here. If we were doing a fight between Iceman and Lamplighter, I think that Iceman would probably win. That being said, Lamplighter is insanely powerful and does a lot of damage on the show. His abilities are very useful, but maybe between the two, if it was Bobby Drake versus Lamplighter, maybe Bobby would win. But I think Lamplighter might fight a little dirtier, so you never know what would happen.

TVLINE | Lamplighter is a lot more morally gray than Iceman, but he does show some remorse for what he’s done in this week’s episode. So where would you say he falls in the spectrum of supes on the show? We’ve seen everything from Homelander and Stormfront as absolutely the worst to Starlight, who’s trying to do good from within.
I think that’s what’s interesting about this show. I don’t see the supes as pure villains. Maybe Stormfront. Stormfront’s pretty bad. But even Homelander, the most effective scene for me, really, in the whole first season was the scene where Homelander freaks out about the blanket when he’s doing a walkthrough of his house, and it flashes back to him as an infant in this lab, and it’s like, “Oh, I totally understand it.” It broke my heart. It made me understand why he can be such an evil guy. But again, he’s not a villain. He’s a human being who’s had these horrible things happen to him, which then affects how he behaves and how he relates to the world and how he relates to people, which is horribly. But that’s what I love about The Boys: It’s not these evil villains. It’s human beings that were given the serum, were given powers that nobody would be capable of handling properly, and then lifted to these heights of fame and power. It’s just how the human psyche unravels, and some people handle it better than other.

I think when Lamplighter was part of The Seven and he was protected by this machine and was lifted up, he probably was behaving badly and thought he could get away with anything that he wanted to. And also, the things that he was asked to do… That’s the other thing that’s very evident is that The Seven is asked to do things that they don’t necessarily want to do, but you’re part of the program, the train’s rolling, you’re on board. So you kind of have to [go] along. Otherwise, who knows what’s gonna happen to you?

Now where we find Lamplighter in Season 2, he’s been kicked out of The Seven. His identity is gone. This important person that he was is gone, and now all he’s left with is dealing with the actions that he has done, the bad things that he’s done. So I still think he’s a bad guy in a lot of ways, he’s done a lot of bad things, but I think what [showrunner] Eric [Kripke] and the writers are trying to do with Lamplighter is sort of show a few more layers of who these supes are, and watch them deal with and have them handle the awful things that they’ve done in the past. And I think Lamplighter has PTSD from the horrible things that he’s done. He’s living in a hole, and it’s pretty sad. He’s just trying to deal with the horrible things that he has done and is continuing to be asked to do by Vought. So it was a pretty heavy character, but it’s what I really like about the show.

Have you watched Episode 6 yet? If so, grade it below, then hit the comments! And if you haven’t seen it, what are you waiting for?!