The first trailer for Disney+’s WandaVision series draws stark contrast between the titular Marvel heroes’ idyllic (and imagined?) sitcom life with ominous threats they must face, together.

Previously, the series starring the MCU’s Elizabeth Olsen and Paul Bettany as Wanda Maximoff and Vision was targeted for a Spring 2021 release. It is now set for “Late 2020” and will precede Marvel’s The Falcon and the Winter Soldier team-up, which was penciled in for a Fall 2020 launch but ran into COVID-related delays.

In addition to Olsen and Bettany, WandaVision has Kat Dennings (2 Broke Girls) and Randall Park (Fresh Off the Boat) reprising their respective MCU roles of Darcy Lewis and Agent Jimmy Woo, while Kathryn Hahn (Transparent) and Teyonah Parris (Survivor’s Remorse) play a “nosy neighbor” and a grown-up Monica Rambeau (who was seen as a tyke in Captain Marvel).

Previewing WandaVision — which promises “a blend of classic television and the Marvel Cinematic Universe in which Wanda Maximoff and Vision, two super-powered beings living idealized suburban lives, begin to suspect that everything is not as it seems” — Marvel Studios overlord Kevin Feige said (per Collider), “[We have] the opportunity to… show more of what Wanda can do, more of what makes Vision Vision, and most importantly reveal a name that I’m not even sure we’ve said in the MCU yet, but we make a big deal of in the show… that Wanda is the Scarlet Witch. And what does that mean, that she is the Scarlet Witch? That’s what we play into … in ways that are entirely fun, entirely funny, somewhat scary, and will have repercussions for the entire future of Phase 4 of the MCU.” 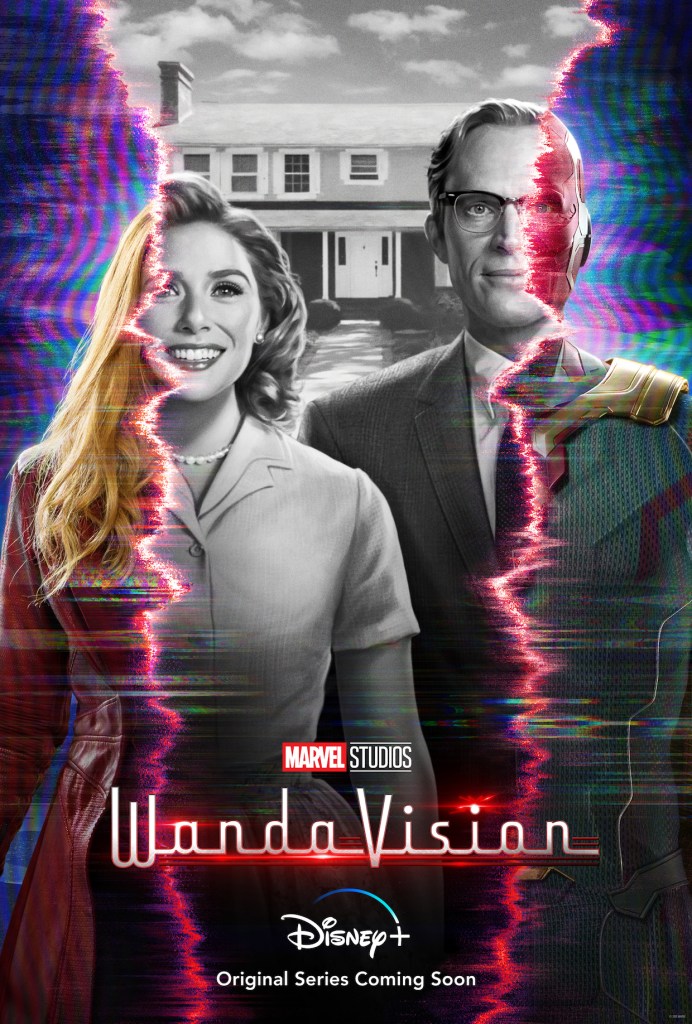