Station 19‘s Andy & Co. are presented as the super, firefighting heroes that they are, in an Avengers-esque poster for Season 4 of the ABC drama.

Check out the full “First to Respond, Last to Surrender” poster down below.

As announced this week, Station 19 will premiere its new season on Thursday, Nov. 12 at 8/7c, where it will lead into Grey’s Anatomy‘s two-hour Season 17 opener. (A Million Little Things joins ABC’s Thursday lineup the following week, at 10 pm.)

Though in Season 4, Station 19 “gets hit with a pandemic,” showrunner Krista Vernoff recently told TVLine that the ripped-from-the-headlines twist is “ironic because we still have a lighter season planned” than the previous one, in which Pruitt, Ryan and Rigo all met their makers (and, for variety’s sake, Andy’s mother came back from the dead!).

Putting it mildly, Vernoff admitted that yeah, “there was some real darkness last season — so much death. This season, the team pulls together and finds a lot of joy despite the heaviness of the world.”

Want scoop on Station 19, or for any other show? Email InsideLine@tvline.com and your question may be answered via Matt’s Inside Line. 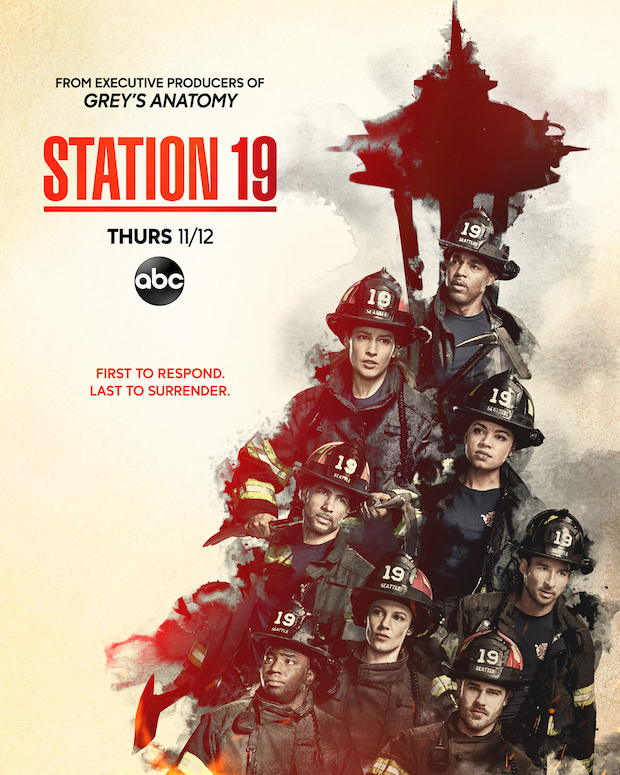