Days of Our Lives is giving Jennifer an extreme makeover, tapping soap vet Cady McClain (All My Children, As the World Turns) to temporarily replace longtime cast member Melissa Reeves in the role,TVLine has confirmed. 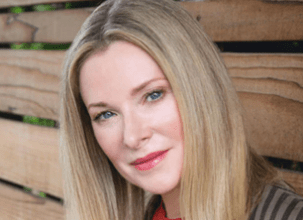 According to Soap Opera Digest, Reeves — who commutes from Tennessee to Los Angeles to shoot Days — chose not to return to the West Coast when the soap resumed production earlier this month due to the coronavirus pandemic. The recast, which sources stress is not permanent, comes nearly three months after Reeves’ views on Black Lives Matter sparked a backlash among her co-stars and fans.

News of the switcheroo was first reported by Celeb Dirty Laundry.

Back in January it was revealed that Reeves — who has played Jennifer Horton on the NBC sudser on and off for the past three decades — “liked” several anti-BLM posts from right-wing activist Candace Owens on Instagram.

We all have our own opinions and views! That’s what make the USA the land of the free and home of the brave! 🇺🇸🇺🇸🇺🇸🇺🇸

When another fan noted that she found Reeves to be “completely lovely and non-judgmental” after encountering her at several Days fan events, Godfrey responded, “Yea but even the nicest people can have awful views. Plenty of nice people have awful moral compasses. I can’t associate w/ it because it makes me a hypocrite. I condemn all those hateful & harmful beliefs.”

Nah there is no difference in opinion on racism, homophobia, transphobia xenophobia https://t.co/vdtrPG7hsF

Days actor Lamon Archey, who is Black, liked Godfrey’s post taking Reeves to task. He then shared the following rather pointed gif.

This is not the first time Reeves has come under fire for her controversial views. Several years ago, she incurred the wrath of the LGBTQ community when she expressed support for antigay fast food chain Chick-fil-A, tweeting, “Land of the free and home of the brave. Love that we all appreciate free speech, right?”

Reps for Days, NBC and Sony Pictures Television declined to comment for this story.