Batwoman will look different not only beneath the cowl but also when suited up, once hardscrabble Ryan Wilder (played by Season 2 newcomer Javicia Leslie) assumes the heroic mantle.

Leslie appeared on the CW series’ DC FanDome panel, released Saturday and streaming on-demand for 24 hours, alongside showrunner Carole Dries and returning cast Rachel Skarsten, Camrus Johnson, Meagan Tandy and Nicole Kang. And at one point, a fan question asked if Leslie had been fitted for the Batsuit just yet.

“No, I haven’t,” the God Friended Me alum answered, but “we were talking about doing costume fittings very soon. That way we can be prepared as soon as we get [back to production].” (Batwoman Season 2 is scheduled to premiere in early 2021.)

“But I know Caroline and I were talking about how important it is that if we’re going to have a Black Batwoman” — and to be clear, she’s the first Black Batwoman — “that she needs to be, like, a sista when she becomes Batwoman,” Leslie added with a chuckle. “It’s important for her to feel like the silhouette of her could still look like that, with natural textured hair and things like that.”

Until said fitting time arrives, Leslie said she has “been sending [Caroline] fan art, like, ‘Oh my gosh, look at this! This looks really good.'”

Dries spoke to the eventual costume change as well, saying that just as Kate Kane — who will have mysteriously disappeared when Season 2 opens, now that Ruby Rose has parted ways with the show — felt compelled to speak to her own truth, as a lesbian superhero, Ryan Wilder will want to do same, being Black as well as a lesbian.

“How can we be sure that Ryan isn’t hiding what makes her awesome, with this suit?” said Dries. “So it’s going to be a bit of an evolution. We’ll see the suit evolve early on in the season. Ryan is like, ‘For me to feel empowered in this thing, it needs to feel like it’s representing something I’m fighting for.'” 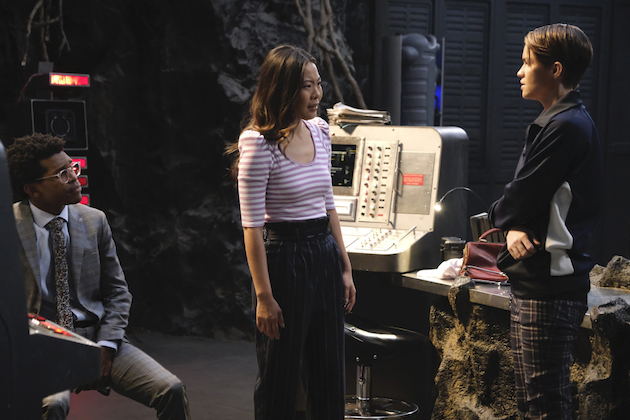 Dries and the cast also delved into what Ryan Wilder’s injection into the story will mean for those who had ties to Kate Kane. In short, the newcomer will find her dynamics with Mary, Luke, Sophie et al, and or shake up existing ones.

“Ryan will ironically, ultimately, unite the Kane family,” Dries previewed. “There all of these strands of connection that she brings to them.”

Mary, for one, will identify with Ryan, seeing as they both are committed to patch up/protect the overlooked people of the streets. Plus, Kang said that “without Kate in that triangle” of sisters/stepsisters, “I’m excited to see Mary and Alice’s relationship, because there is a lot still that hasn’t been dealt with. Kate was a buffer between them.”

Johnson, meanwhile, noted that Luke “is always down with someone to keep Gotham safe, but at the end of the day Ryan to Luke is someone from the streets,” as opposed to someone who was well-trained at military school and wherever else. “So to give this Batsuit to a new person is going to be hard for him. There’s going to be a bit of pushback.”

Between dealing with true love Kate’s vanishing and the arrival of a new Batwoman, Crows agent Sophie “is going to have a lot on her plate, a lot of things to process and deal with and figure out,” said Tandy with a laugh. Added Dries, “Ryan sort of helps pull Sophie out of her shell. Maybe we edge her up a bit this season?” 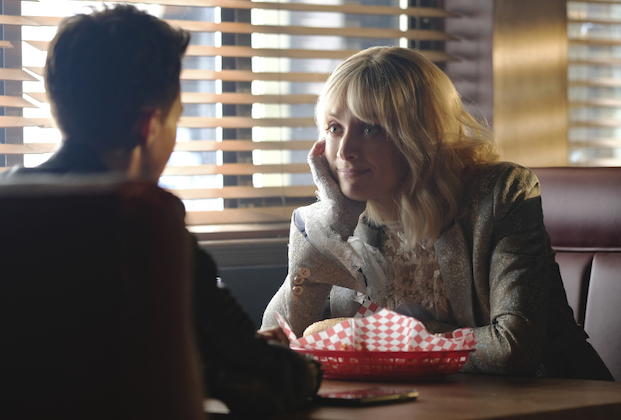 As for Alice, who at the close of the Season 1 finale had just revealed to us and a gobsmacked Hush her brilliant plan to “bring back” Gotham’s MIA favorite son, Bruce Wayne, as a means to infiltrate Kate’s world?

“I think Alice is just going to be, like, peeved,” said Karsten. “Here she has this beautifully intricate plan for the demise of her sister! And that will have been foiled. But she is also going to have a lot to be worried about” with the in-person arrival of a nefarious blast from her own past, in the newly cast Safiyah.