What were the first moments of anthropomorphized life like for Frozen‘s Olaf? And how did he first come to (ill-advisedly!) love summer? Those questions and more will be answered via Once Upon a Snowman, an animated short premiering Friday, Oct. 23 on Disney+.

Detailing Olaf’s previously untold origins, Once Upon a Snowman follows the cheerful scene stealer’s first steps as he comes to life and searches for his identity in the snowy mountains outside Arendelle. Josh Gad will once again voice the impaling-prone imp.

"I don't know if someone like that can write good." – @realDonaldTrump

“This is an idea that started to form when I was an animator on the first Frozen,” OUAS co-director Trent Correy said in a statement. ”[Co-director] Dan Abraham and I are so grateful and excited to have had the opportunity to direct this short, working with our incredible colleagues at Walt Disney Animation Studios.”

“Josh Gad gives one of the great animated voice performances as Olaf through the Frozen films,” added Abraham. “To have the opportunity to work with him in the recording booth was such a privilege and career highlight.”

Check out a poster below, then alert the rugrats! 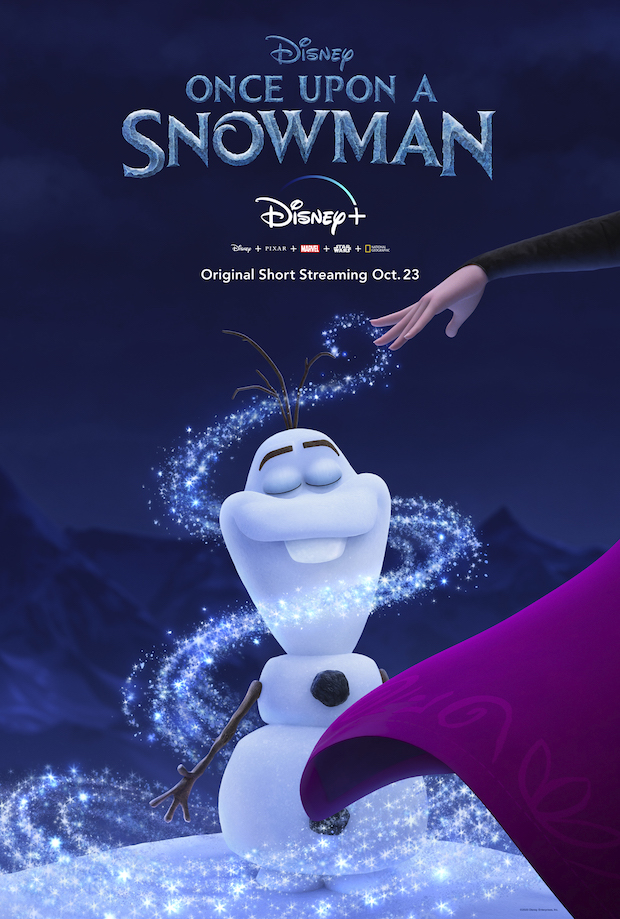