The pursuit of another Mirrorball trophy is almost underway at Dancing With the Stars. And though it’s anyone’s guess who will win Season 29, whomever does will join a long list of deserving champions. Well, mostly deserving. 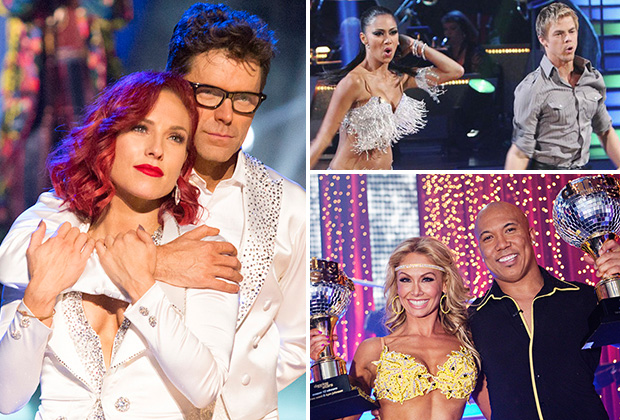 During its 15-year run on ABC, DWTS has crowned plenty of worthy winners, from those who had previous dance experience to those who hadn’t even executed a box step before setting foot in the ballroom. Many an athlete, singer and TV personality has taken home that trophy after months of impressive performances — but in other cases, we would have picked someone else to stand in that season finale confetti shower.

In the attached photo gallery, we’ve ranked all 28 of Dancing’s previous winners, a list that includes memorable victors like Olympian Meryl Davis, Fresh Prince alum Alfonso Ribeiro, model Nyle DiMarco and more. It also features a few champions whose wins ranged from forgettable to downright unjust, including a finale result that was so controversial, it prompted a rule change for the following year. The drama!

Dancing With the Stars returns for Season 29 on Monday, Sept. 14 at 8/7c. While you wait for premiere day to arrive, scroll through the attached gallery (or click here for direct access), then hit the comments with your own ranking of the show’s many winners.