Kate Mara and Nick Robinson engage in a forbidden romance with far-reaching consequences in the first trailer for A Teacher.

Based on Hannah Fidell’s 2013 feature film of the same name, the FX on Hulu limited series examines the complexities (and inevitable aftermath) of an affair between Claire Wilson (Mara), a young educator at a suburban Texas high school, and her pupil, Eric Walker (Robinson), a charming, all-American senior and captain of the soccer team.

As Fidell affirmed at FX Press Day on Wednesday, such a student/teacher affair under Texas state law is illegal — even if Eric was of age.

The trailer above starts off in montage mode, capturing a seemingly innocent romance, then cuts to footage revealing Claire and Eric in a classroom environment. According to the official logline, Claire is “dissatisfied in her marriage [and] desperate for connection” when Eric takes an unexpected interest in her. “The permanent damage left in the wake of [their] illicit affair becomes impossible for them, and their friends and family, to ignore.”

Fidell wrote and directed the limited series, which consists of 10 half-hour episodes. She serves as an EP alongside Mara, Michael Costigan (Brokeback Mountain), Louise Shore and Danny Brocklehurst (Safe) and Jason Bateman (Ozark).

The project reunites Mara with FX, who starred on Season 1 of Pose, and continues Robinson’s relationship with Hulu, where he serves as producer and narrator on the Love, Simon spinoff Love, Victor.

A Teacher‘s first three episodes drop on Tuesday, Nov. 10, while subsequent episodes will be released on weekly basis. Press PLAY on the trailer above, then scroll down for a first look at the series’ key art. 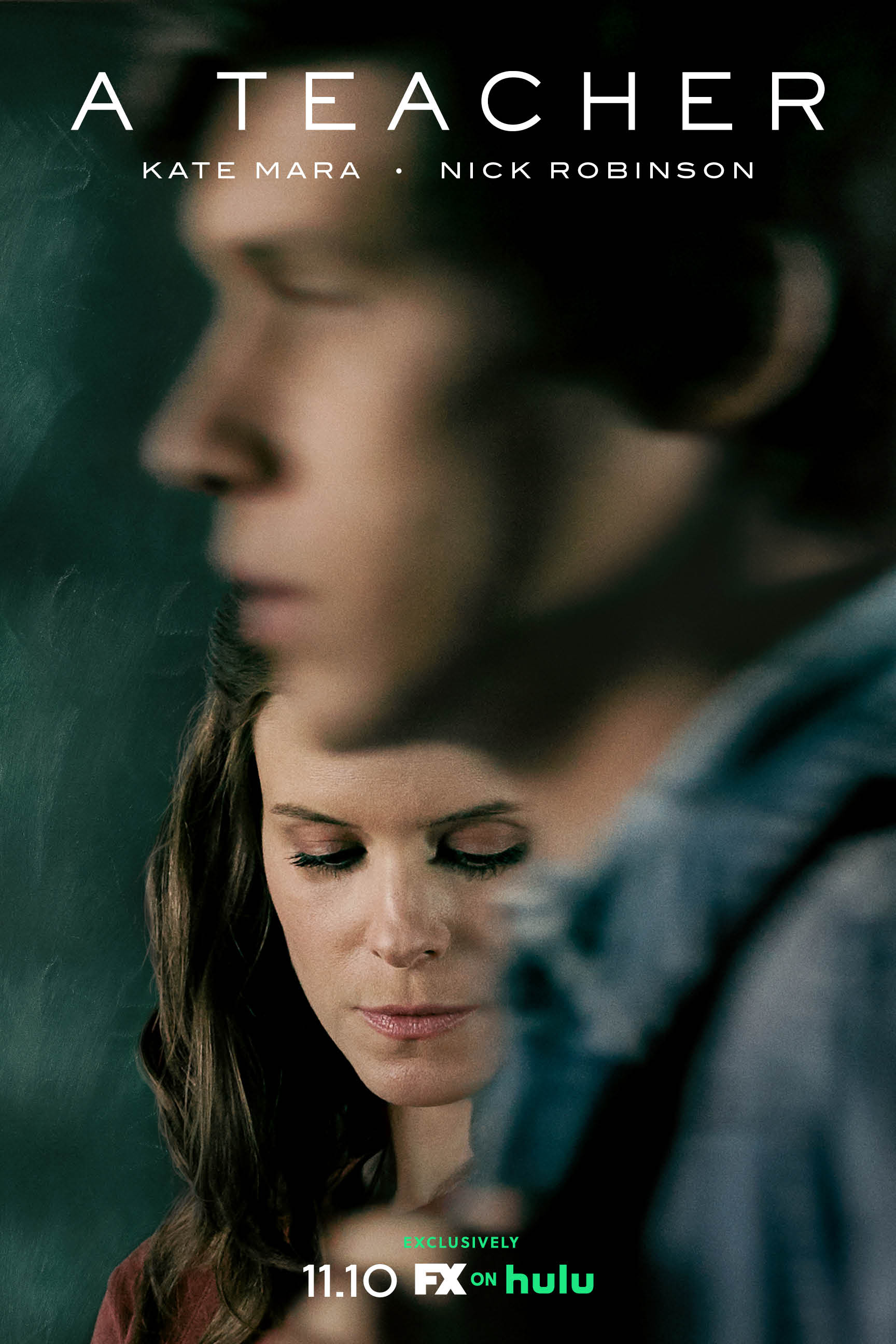