When Star Trek: Discovery returns with Season 3, Burnham, Saru et al have traveled more than 930 years into the future — and at some point during that span of time, “the galaxy took a hard left,” leaving the Federation a shell of its former self.

Released along with the above trailer, all as part of CBS All Access’ virtual Star Trek Day celebration on Tuesday, is a first look at Discovery‘s new logo (which reflects this season’s jump into the future) as well as a poster symbolizing the crew’s mission to rebuild the Federation:

Also appearing in the new season are Blu del Barrio (as Adira, a highly intelligent character with a confidence and self-assurance well beyond their years), Ian Alexander (as Gray, a transgender character eager to fulfill his lifelong dream of being a Trill host) and Michelle Yeoh (returning as Philippa Georgiou). 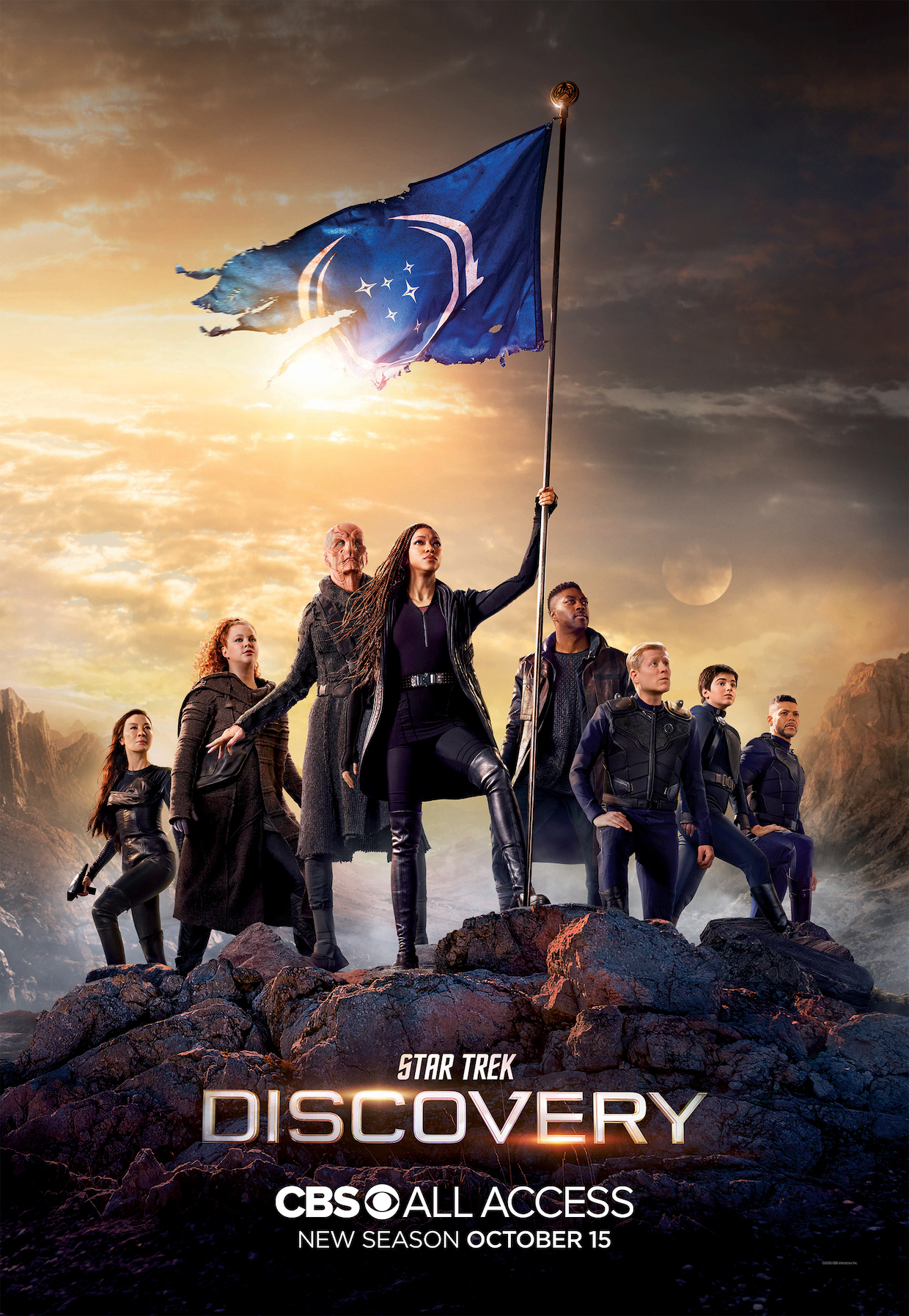