Hide your jet skis (#TooSoon?), because Kim Delaney is heading back to daytime TV.

The All My Children alum and star of numerous primetime series including (but not limited to!) NYPD Blue and Army Wives is joining the cast of ABC’s sole surviving sudser, General Hospital, in an undisclosed role, our sister site Deadline reports. 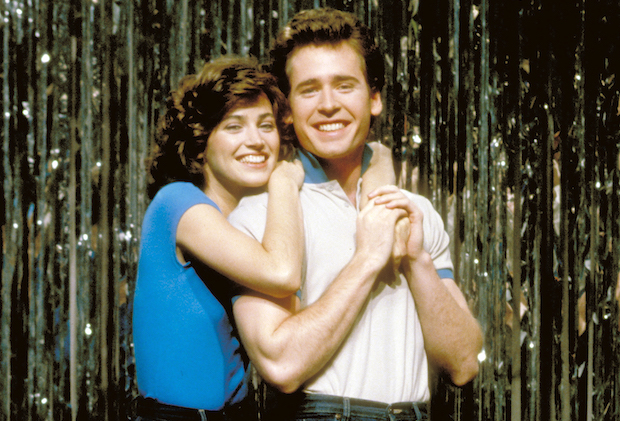 Whatever the case, the new gig presents at least the possibility that Delaney will reunite on-screen with her AMC brother Michael E. Knight, who played Tad to her Jenny on the defunct, Pine Valley-set soap (photo at right) and now is GH lawyer Martin (heh) Gray.

Delaney was a Daytime Emmy nominee in 1983 for her role as AMC‘s Jenny Gardner Nelson, who in 1984 perished in one of soaps’ saddest, most tragic accidents (see jet ski reference above). In 1997, she won a Primetime Emmy, her first out of three career nominations, for playing NYPD Blue‘s Diane Russell.