We’ve got questions, and you’ve (maybe) got answers! With another week of TV gone by, we’re lobbing queries left and right about shows including Yellowstone, The Chi, I May Destroy You and Coroner! But first, a special Republican National Convention section:

1 | Did Night 1 speaker Kimberly Guilfoyle not know she had been provided with a microphone?

2 | On Night 4, when the wind started kicking up during Ivanka Trump’s speech, did you worry about the many, many flagpoles flanking her?

3 | Were you surprised that Fox News joined in “late” with its nightly coverage of the RNC, often airing Hannity as usual? 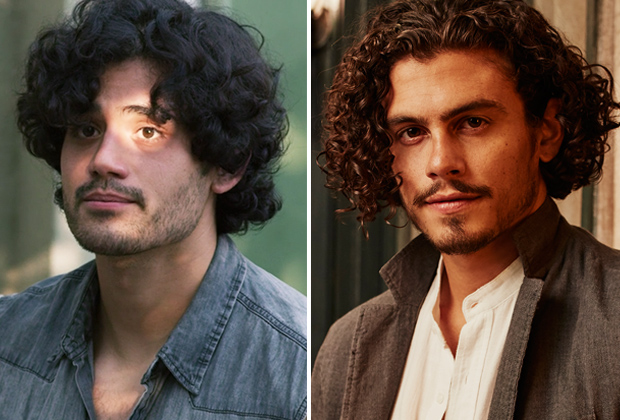 4 | Was Love in the Time of Corona‘s Adam trying to give Good Trouble‘s Gael a run for his money in the luscious locks department?

5 | Titans fans: In light of the latest Season 3 casting/storyline news, do you have that sinking feeling (again) that Kory’s storyline will get sidelined (again)?

6 | Does Wynonna Earp‘s Kat Barrell deserve some sort of special award for so much effective dry heaving, and for nearly an entire episode? Also, did Tamara Duarte’s name popping up in the opening credits spoil Rosita’s return for you?

7 | How many Yellowstone fans think Market Equities was behind all three hits in the Season 3 finale? And if Roarke and Willa weren’t responsible for all three, who do you suspect was? On an unrelated note, how stunned were you that the show went the entire season without so much as a mention of Jamie’s expectant ex-lover? 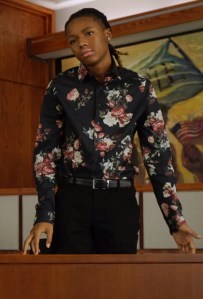 8 | Who else was confused by The Chi‘s finale and how many events appeared to be stuffed into one day? For instance: Was Jake working at the pizza joint, then at his custody hearing, and then back for more of his shift at the restaurant? Also, what particular flavor of dirt do you think Camille Hallaway had — and then refused to use — on Douda? And are you glad the show finally addressed the pregnancy Tiffany announced last season?

9 | Didn’t this week’s Lovecraft Country feel more like a season finale than, you know, just the second episode? (Speaking of the highly eventful hour, didn’t it also feel like some transition scenes/moments were “missing”?) And with all the magical conjuring in the air, are you thinking/hoping/counting on Uncle George might be resurrected at some point?

10 | Did I May Destroy You‘s season finale feel incomplete with only a very brief appearance from Paapa Essiedu’s Kwame? And as Michaela Coel mulls the show’s future, do you think it should continue into a second season (and perhaps beyond)? Or does this particular story lend itself more to a one-and-brilliantly done limited series?

11 | On the heels of reversed renewals for I’m Sorry and The Society (among others), are there any previously picked-up shows you’re now worried will get the ax? 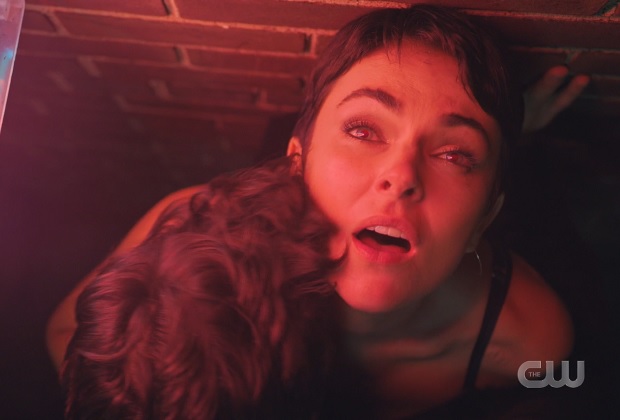 12 | On Coroner, what did you make of Jenny’s eyes turning red at the end of the episode? Just light reflection, or something more? (No spoilers, Canadian viewers!)

13 | With the legendary Janelle now out of the Big Brother house and Kaysar’s days surely numbered, who are you rooting for from here on out? And live feeders: Are you counting down the days until Daniele gets backdoored?

14 | As if The Real Housewives of Beverly Hills didn’t feel staged enough already, now Bravo has decided it’s actually going to show us the producers planting thoughts in the women’s heads? Are we just done pretending that there’s any fourth wall here?

15 | Were any other Jimmy Kimmel Live! viewers surprised to see Amber Riley credited simply as “Riley” for her Naya Rivera tribute? 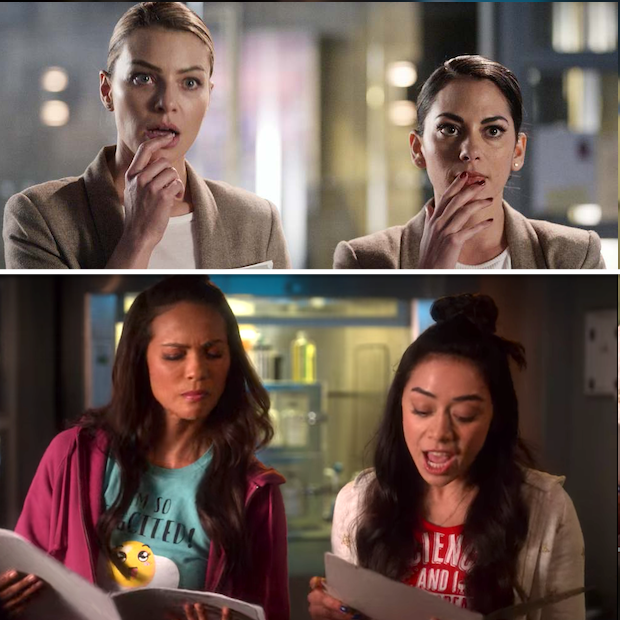 In Lucifer Episode 6, fun as it was to see Maze dress/act like Ella… didn’t we do that just last season, with Eve/Chloe? Did anyone catch the hotel room number (507) in Episode 5×07? And in the midseason finale, did Roger Ebert’s Law of Economy of Characters kinda give away the Whisper Killer reveal?

17 | Do you think ABC will scrape up, from somewhere/anywhere, some sort of “token” scripted programming to put on Wednesdays nights in the early fall? Or could they really wind up with 100-percent reality/game shows across six nights?

18 | Spectrum’s L.A.’s Finest will be on Fox this fall, and Manhunt: Deadly Games on CBS…. How are the desperate broadcast networks thus far sleeping on the 12-episode Mad About You revival?