The four-part limited series — airing this Saturday, Aug. 22, and Sunday, Aug. 23 at 8/7c on Freeform — tells four interconnected stories about life during the early months of quarantine. But given that viewers are still very much living in a coronavirus-plagued world and being inundated with content about COVID-19, “that was one of the things that we really talked about in the beginning: Do people really want to watch this?” Johnson tells TVLine. “That’s why our take on the show was more about relationships and connections, and how this time has affected those, as opposed to really being about the coronavirus. This show’s not about the virus.” 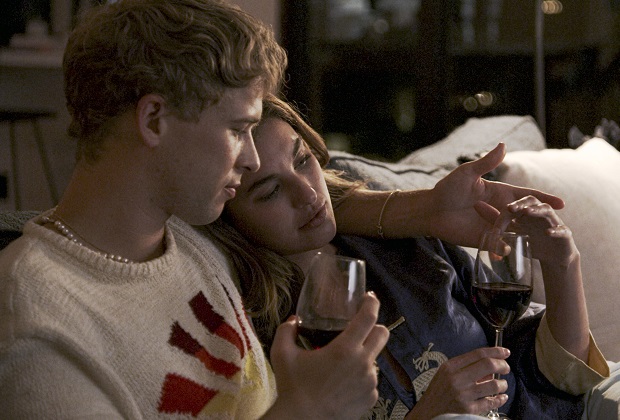 Another way Johnson sought to differentiate Love in the Time of Corona was by giving viewers a break from a certain piece of software that’s become a staple of the pandemic. “We didn’t want to do a Zoom show, even though we appreciate the shows and the reunion shows that people did do just purely over Zoom,” Johnson says. “We wanted to do a real production and figure out a way to do it… I really wanted to see people interacting with each other in person during this time.”

While there is some use of Zoom in the episodes — Tommy Dorfman’s Oscar starts dating a fella (played by Orphan Black‘s Jordan Gavaris) over the Internet — most of the show was shot inside the cast’s homes in a way that looks like any pre-COVID series. After cameras and lighting equipment were placed inside the actors’ abodes, their houses were then sanitized ahead of the next day’s shoot, which featured a small crew of seven to eight people, with Johnson positioned in a van outside. 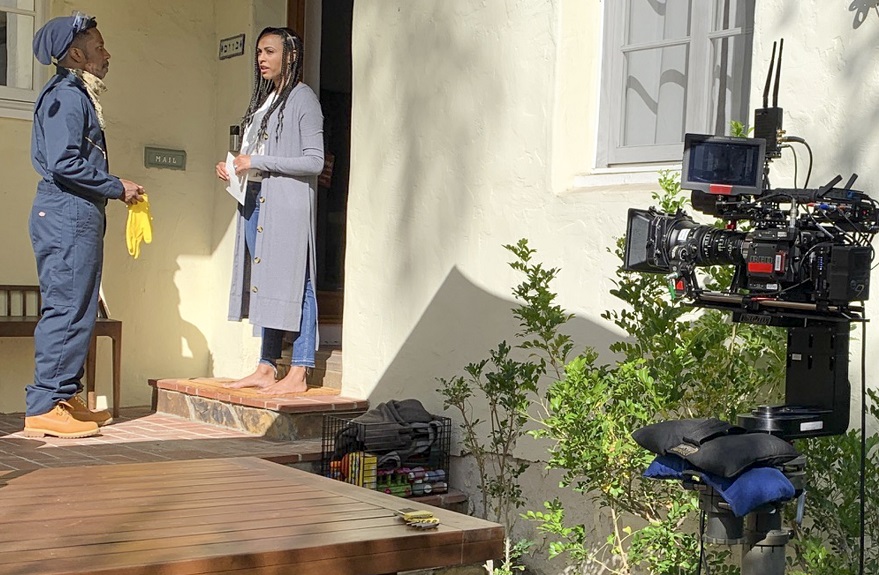 It helped that many cast members were already quarantining together, such as husband and wife Leslie Odom Jr. (Hamilton, Smash) and Nicolette Robinson (The Affair), who play a married couple grappling with the idea of having another baby. Meanwhile, the real-life brood of Gil Bellows (Patriot, Ally McBeal), his wife Rya Kihlstedt (The Bold Type, Charmed) and their daughter Ava Bellows (This Too Shall Pass) portray a family putting on a happy front. Dorfman (13 Reasons Why) and Rainey Qualley (Mad Men), who play roommates/best friends Oscar and Elle, are real-life pals who are in the same quarantine circle. L. Scott Caldwell (All Rise, Lost) rounds out the ensemble as a woman struggling with the fact that her husband of 50 years is in lockdown at a rehab facility.

In addition to exploring those four relationship stories, Johnson also wanted to address another major real-world event: the Black Lives Matter movement. “It happened very organically,” the EP shares. “[Leslie and Nicolette] really wanted me to write a story that was closer to their own experience in quarantine, with Leslie being home now and not on the road, having cancelled his tour. The two of them are under the same roof for longer than they have ever been and thinking about maybe having another baby, and all these other issues. It really was organic to that story, when you think about the Ahmaud Arbery shooting, which also happened at the beginning of quarantine.”

But there was one, much lighter moment that Johnson was not able to write in for Broadway vet Odom Jr.: “I’m not going to lie — I asked him to sing, and he respectfully declined,” Johnson admits with a laugh. “But Nicole did want to sing, and he really wanted Nicole to sing, and she’s got a lovely voice, as well. So I understood.”

In the end, Johnson found the experience of shooting Love in the Time of Corona to be extremely educational, and she hopes to apply some of the lessons she learned to her Freeform drama Good Trouble, when production is able to resume. “I think we can safely get back to work, if we’re really following the protocols,” Johnson says. “What production really is is problem-solving, constantly, and we adapt in this business. We’re able to adapt to all kinds of different shooting situations. I really learned a lot.”