Brooklyn Nine-Nine‘s first-ever international remake has released a trailer… and it’s not sitting well with the cast of the original.

The promo for the French-language Escouade 99 dropped on Thursday, and B99 star Melissa Fumero was among the first to give her two cents on it. 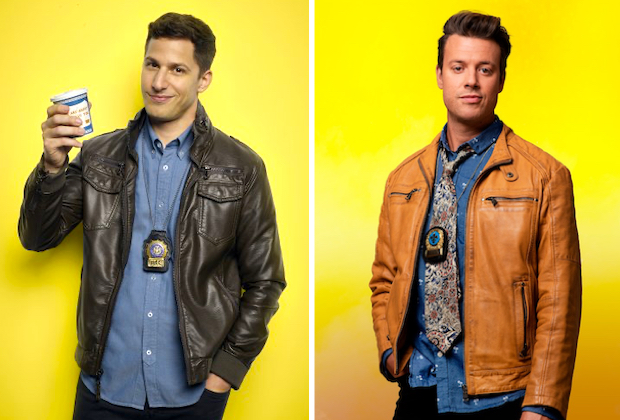 “This is like peeking through another dimension,” Sgt. Amy Santiago’s portrayer said on Twitter. “Gotta [say] though after watching this… I’m suddenly curious about the Latina population in Quebec.”

Fumero’s tweet referred to the casting of her international counterpart. The role is filled by Canadian actress Mylène Mackay, whose character is named Fanny, not Amy. Fellow Canadian actress Bianca Gervais assumes Stephanie Beatriz’s role as Det. Rosa Diaz, who goes by “Rosalie” in the French-language adaptation.

“While I understand the Latina population is [very] small in Quebec (and how many of them are funny actors?) the Amy [and] Rosa roles could’ve gone to ANY BIPOC,” Fumero said, referring to Black, Indigenous or people of color, “so it’s disappointing to see that missed opportunity.” She then clarified that she does “not mean to shame these actresses,” saying that “it’s up to the decision makers” who gets cast in their respective roles.

Fumero also called out Amy—err, Fanny‘s overt sexuality in the trailer. “Amy is not sexy ON PURPOSE,” she exclaimed. “So that bums me out too.”

She also said that if Ecouade 99 proves to be successful, she hopes “the creators take that opportunity to hire more BIPOC in supporting and guest roles.”

The remake, which hails from director Patrick Huard, debuts on the streaming service Club Illico on Thursday, Sept. 17. Scroll down to watch the trailer and see additional reactions from the B99 cast, then click through the attached gallery to see some of the stars alongside their French-Canadian portrayers.

‘FASCINATING’. Yeah that’s one word for it.