The OG Leverage premiered in December 2008 and ran for five seasons on TNT. The revival brings back Beth Riesgraf (as Parker), Gina Bellman (as Sophie) and Christian Kane (as Eliot) — all as series regulars — while Aldis Hodge will recur as Hardison (due to his previous commitment to Season 2 of Showtime’s City on a Hill).

New to the mix is a “conflicted” character to be played by Noah Wyle (of The Librarians, Falling Skies and, yes, ER). The embattled Timothy Hutton will not be returning, as team mastermind Nate Ford.

Production on the revival began in early August, in New Orleans.

We can’t mask our excitement about making #Leverage2 pic.twitter.com/6L2KuPK9Hw 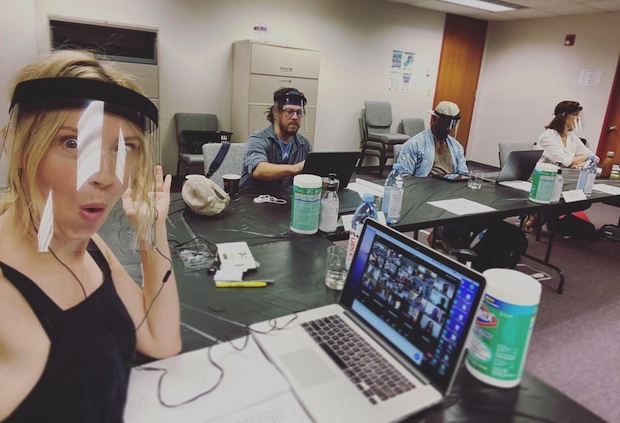 “Since the day it was cancelled, I’ve longed to return to the world of Leverage,” Devlin previously said in a statement. “The show, the characters, the cast and the people who made it happen all hold a very special place in my heart. 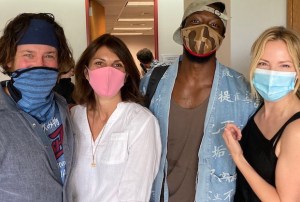 “Our new series with Amazon Studios and IMDb TV is a re-imagining of the original premise,” he said. “While Leverage centered on a crusade to avenge the death of a child, this series is propelled forward as a redemption story of misdeeds that need amends. I could not be more excited and fired up about returning to the world of Hitter, Hacker, Grifter, Thief!”

IMDb TV is a free, ad-supported streaming video channel available in the United States on the IMDb app, the IMDb website (via laptop or personal computer), the Amazon Prime Video app and Amazon Fire TV devices.