Spoiler alert: We’re about to break down the first episode of Teenage Bounty Hunters. Haven’t watched yet? You know the drill.

If you were to guess what Netflix’s Teenage Bounty Hunters is about, you’d probably get it right on the first try — but you’d only be scratching the surface. 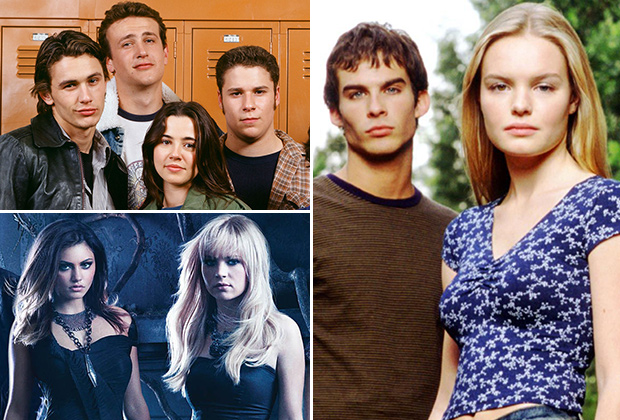 And once things go off the road, they go off the rails. The man Blair avoided hitting returns the favor by pulling a gun on her, only to have Sterling pull a shotgun on him. We then learn that this man is being pursued by a bounty hunter named Bowser Jenkins (A Different World‘s Kadeem Hardison), who soon shows up to claim his prize. Likely emboldened by the shotgun in her possession, Sterling works out a deal to split the reward with Bowser — the beginning of a beautifully twisted partnership.

The girls’ lives are further complicated when Sterling is named the new fellowship leader at their private Christian high school, making an enemy of mean girl April Stevens. (Just to give you an idea of how much April sucks, she’s a proud member of the school’s straight-straight alliance.) And when April stumbles upon an empty condom wrapper in her bag, Sterling’s inner doomsday clock immediately starts ticking.

When the girls learn that their first hunt didn’t make them enough to fix their dad’s car, they strike another deal with Bowser to track down another target at a racist country club. As luck would have it, the slime ball — who apparently assaulted a prostitute — turns out to be April’s dad, so Sterling takes extra pleasure in tracking him down, knocking him out and turning him over to the authorities.

Impressed with their natural abilities, Bowser agrees to let the girls work at his frozen yogurt shop while moonlighting as… wait for it… teenage bounty hunters! And if this all seems a little too easy, the final shot of the first episode reveals that the twins’ mother (Fuller House‘s Virginia Williams) is one of the wanted women on Bowser’s wall. Dun, dun, dun!

OK, let’s talk: Is this the start of a weekend-long binge for you, or was one episode with the Teenage Bounty Hunters enough for you? Weigh in via the polls below, then drop a comment with your full review.