The CW has hired a Coroner from Canada to fill its coronavirus-impacted schedule, with Wednesday’s Stateside premiere of the imported drama.

The series stars Serinda Swan (Graceland, Marvel’s Inhumans) as Jenny Cooper, a former ER doc who takes a job as a coroner three months after her husband tragically died of an aneurysm — and after she saw a mysterious black dog wandering near his body. Jenny immediately begins to ruffle feathers in her new gig (“I like being a problem,” she tells Detective McAvoy, played by Dark Matter‘s Roger Cross) when she fires an arrogant pathologist after he ignores her orders.

Jenny also really cares about the victims. For example, she doesn’t believe that the two teen lovers who died at a juvenile detention center were part of a suicide pact. Danielle had the female lead in the center’s production of Romeo & Juliet, while her anti-fascist boyfriend Kevin joined the play for her. So did they take a cue from their fictional counterparts? When Kevin’s cellmate Sneax almost overdoses, Jenny sneaks into the funeral home to take a sample from a mysterious wound on Danielle’s heel. With the help of Dr. Dwayne Allen (Slasher‘s Lovell Adams-Gray), her newly promoted pathologist who finds drugs in Danielle’s system, and Detective McAvoy, the trio uncover the truth: the guards were using the teens at the center as guinea pigs to figure out drug dosage, and the wound was from them dragging Danielle’s body to make it look like suicide. 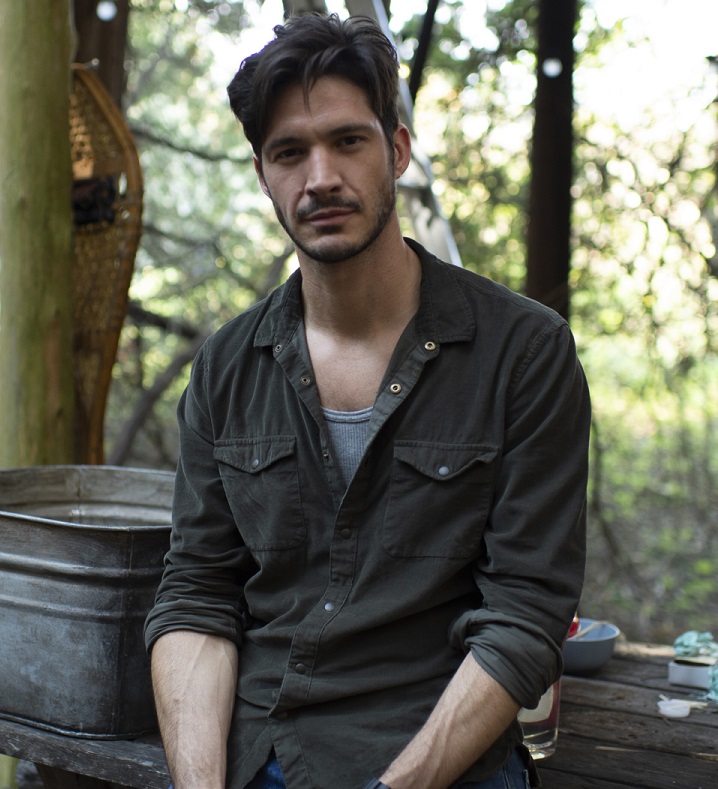 Jenny’s problems also extend to her home/personal life. Her husband lost all their money, leaving behind letters of foreclosure, and Jenny is using anti-anxiety meds to cope with his death. So when she goes to the home of an old lady who died and a hot handyman Liam (Trop‘s Éric Bruneau, right) invites her out for a beer, Jenny really needs that drink. Too bad one of the first things she blurts out at the bar is that she’s a widow and her husband was a gambling addict. But that doesn’t stop them from hooking up in the back of Liam’s pickup. Afterward, Liam asks how she got the scar on her shoulder, to which Jenny replies that she doesn’t remember, and she looks like she’s being honest. Or maybe not… 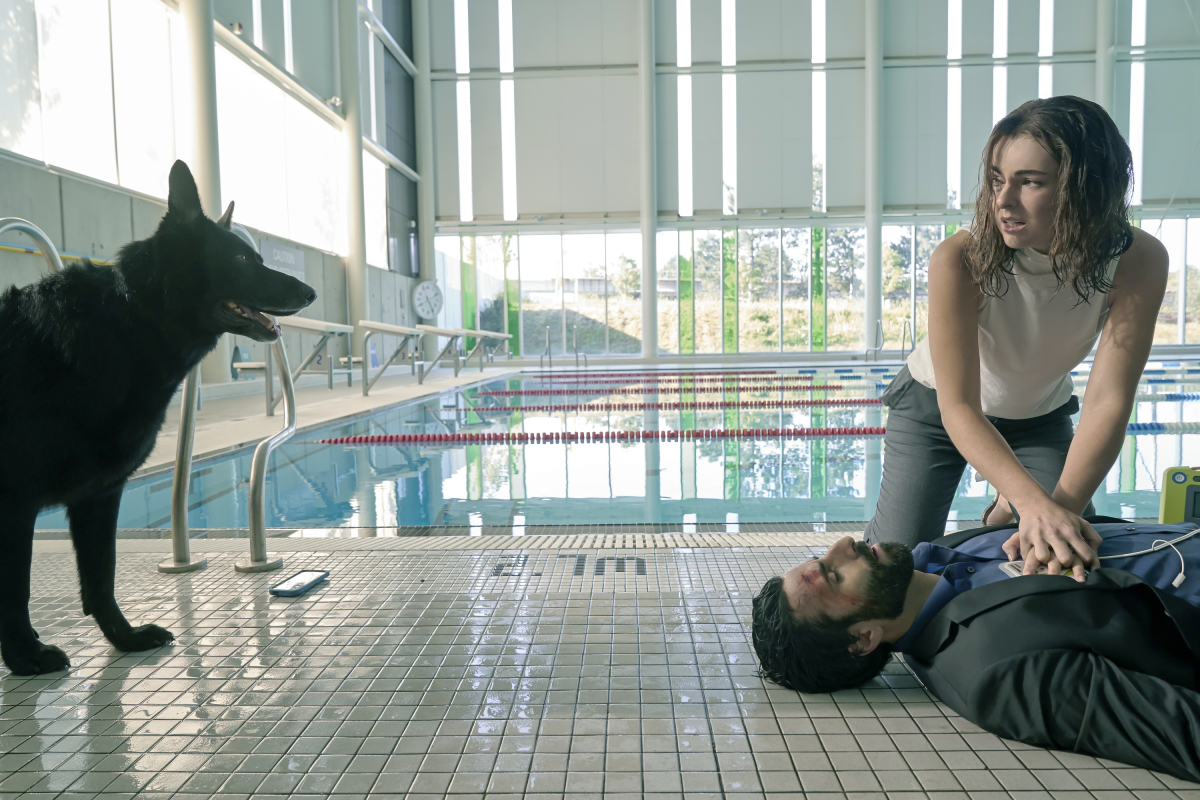 At the end of the episode, Jenny makes an offer on the old lady’s home. (So Liam is sticking around to finish tending to Jenny’s, ahem, house, I assume.) After she hangs up the phone, she spots the mysterious black dog in her hallway for a second, and I’m left totally confused because I thought this was going to be a supernatural show, with Jenny getting clues from the beyond. Which she didn’t. So, what about the dog? (Be mindful with spoilers in Comments, those who caught the show during its run up north!)

What did you think of Coroner? Grade it below, then hit the comments to back up your pick!