Naya Rivera will appear as a guest judge during Season 3 of Netflix’s Sugar Rush baking competition, which premieres this Friday, July 31.

Rivera taped her appearance back in February in Los Angeles, our sister site Deadline reports, just weeks before the coronavirus pandemic swiftly but surely shut down all TV, film and stage productions.

Sugar Rush is described as a “relentlessly fast-paced competition that challenges bakers to create treats that look beautiful and taste amazing – all against the clock.” Per Deadline, the Glee grad served on a judging panel alongside series host Hunter March and professional chefs Candace Nelson and Adriano Zumbo. 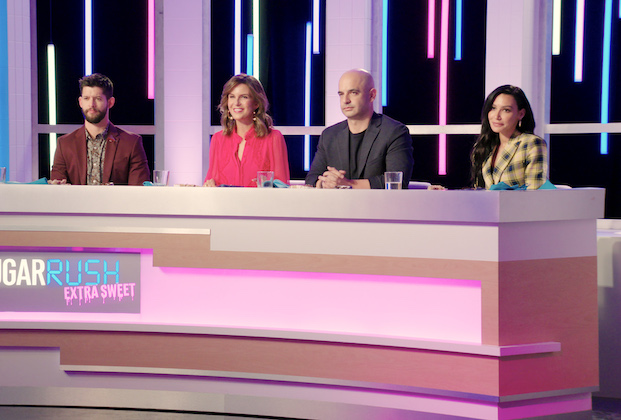 The episode featuring Rivera will be dedicated to the late actress, with an on-screen remembrance preceding the opening credits.

In addition to her run as Glee’s Santana, Rivera’s acting credits included Devious Maids, Step Up: High Water and The Bernie Mac Show. Additionally, she competed on Lip Sync Battle, served as a guest judge on RuPaul’s Drag Race and guest co-hosted The View.

Rivera was first reported missing on July 8, after renting a boat on California’s Lake Piru to go swimming with her son Josey. The four-year-old boy was found alone in the boat, with no sign of Rivera, and a five-day search ensued. Her body was recovered on July 13.