The following contains major spoilers from the July 22 episode of Marvel’s Agents of S.H.I.E.L.D.

The Agents of S.H.I.E.L.D. this week scrambled to pause a maddening, potential cataclysmic time loop. In the end, who decided that the needs of the many outweigh the needs of the few (or the one)?

To super-succinctly recap: Daisy found herself stuck in a time loop, and with each pass-through the Zephyr drifted closer to the vortex of a time storm. Daisy and Coulson (who consistently retained his memories from loop to loop) determined they needed to fix the time drive faster, so the mission became to remove tech genius Jemma’s memory inhibitor chip — all while dodging death at programmed-to-kill Enoch’s hand. (Along the way, Sousa opened up to Daisy about his feelings, and she reciprocated with a liplock; TVLine will have more on that another day.) Ultimately, Jemma’s chip was removed — after which she was clearly devastated by a recovered memory — and a solution was found to “jump” the ship out of the time loop, but it required Enoch to extract his “heart.” The friendly neighborhood Chronicom did so promptly and selflessly, before slumping to the floor to bid Coulson and Daisy a sad adieu. 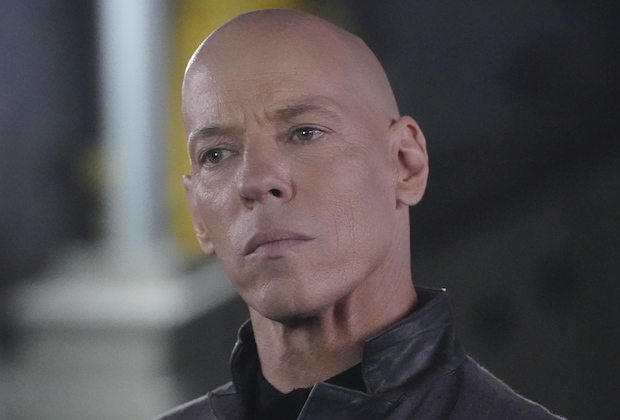 A ‘FITTING’ FAREWELL
Joel Stoffer, who fully joined S.H.I.E.L.D. in Season 5, tells TVLine he found Enoch’s death scene “fitting.” Having first learned of his fate about five episodes prior, “I thought that, especially after having gone through the multiple loops of murdering people [Laughs], it kind of came full circle to showing what Enoch was really all about — which is that he is always there to help the team,” he said. “He became an integral part of the team and had learned so much from them over the years that putting himself out there for them came very naturally to him. It was a great, honorable way to leave the show.”

But as Stoffer just noted, there was the matter of Enoch’s “killing spree,” which was  played mostly for darkly comedic effect. “It was, um, kind of exciting to play the ‘dark side’ of Enoch!” he shared with a laugh. “His sole purpose was assassination, and though it was for a good cause, he was still ultimately evil.” 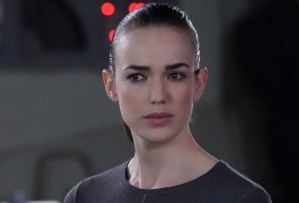 BRINGING A DEATH SCENE TO LIFE
Back to that heartbreaking “death” scene. Fellow cast member Elizabeth Henstridge, who directed the episode, told TVLine that Stoffer “absolutely nailed it. Right from the word go, Joel has brought so much to Enoch and made us fall in love with a robot.”

Breaking down how she approached Stoffer’s final scene, alongside OG cast members Clark Gregg and Chloe Bennet, Henstridge shared, “That was a very long scene, it had a lot of talking in it, and there weren’t really any distractions. So I just got real close and let it play out, and we found this moment. I knew how I was going to come into the scene and come out of the scene, but in terms of what was in the middle, there was nothing you could do to make those performances any more brilliant. It was an incredible performance by the three of them, but particularly Joel. And it was such a wonderful send-off for Enoch, who has been a really important character on our show.”

Stoffer in turn said that Henstridge’s approach “was exactly what I needed,” seeing as “a part of me was like, ‘What should I do here? What should I do here?’ But ultimately I was really glad to just have the freedom to play it as it came naturally. It’s a credit to Elizabeth to trust, to let that happen. She didn’t need to say anything, and I felt confident enough in my relationship with Enoch and his with the team that I was able to make the choices that I made.” 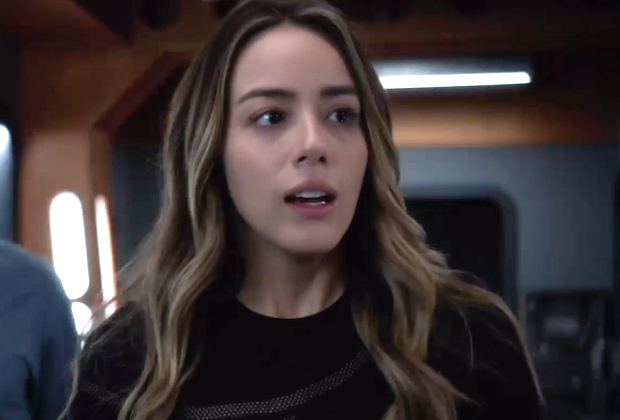 TOGETHER… UNTIL THE END?
Of course, before Enoch fully powered down, he startled Daisy with the fact that while she and her friends would survive their current mission, the team would not. “I have seen the future,” he explained. “Carry on this mission and cherish it…. for this will be your last mission together.”

Did Enoch basically just tease the ABC series’ grand finale, to air sometime in August? Said Stoffer, “It was great that they were able to make [Enoch’s death scene] also about revealing some information for the team that I think ultimately helps them, in a prescient way.”

WHAT ABOUT FITZ?
Alas, one thing that viewers did not get from Enoch’s send-off was a final moment between him and his good friend Leopold Fitz, who thus far this season has been off-screen (we think). Stoffer himself lamented the lack of a goodbye. “I wish there had been some way to do that…,” he shared. “His presence was very much felt in that scene, and that was all that could be done in terms of closure for the two of them. But I think that [the story] will come back to Fitz and what exactly happened [with him]. There will be a sense of that later.”

What did you think of the time loop and Enoch’s sacrifice?