THE PERFORMANCE | We’re pretty sure watching Winans tear through Tuesday’s episode of the OWN drama qualifies as a religious experience. As Charity finally reached the breaking point with her bosses, ex-fiancé Phil and his new fiancée Judee, her portrayer had us crying out “Amen!” without even having to ask if she could get one.

First, Winans ably demonstrated the lengths to which Charity was willing to go to do what was best for her family’s (former) church. Radiating earnestness, the associate pastor beseeched her adversaries to allow her to screen a retrospective during the last Mass at Calvary. More than just shot down, crucified by Judee for even suggesting it, Charity lost her cool, calling her uber-rich rival “a rusty old antique with a slot in the back where the money goes plink.” Snap!

Later, after Judee went so far as to pink-slip her nemesis, Winans set the screen aflame as Charity burst into Phil’s office to ask (rhetorically) whether there was “any crime against common decency” that he wouldn’t perpetrate in order to remain in the good graces of his would-be wife’s powerful daddy. In a matter of seconds, the actress took her character from incredulous to angry to spiteful. Oh, and hilarious, too: Mocking “those tiny little titties” of Judee’s, Charity let Phil know in no uncertain terms that he’d never again see her ample bosom, much less enjoy it.

When at last Charity realized that she no longer saw even a trace of the man she’d loved before her, Winans uncorked her alter ego’s sadness and disbelief at what Phil had become. The shell of a man standing before her, she couldn’t even be bothered to hate, she said, disappointment hanging from every syllable. “It would be like hating a sponge, just some passive, porous thing.”

With that, Winans brought us to our knees, not to pray, mind you — to praise a performance that was so good, it bordered on miraculous. 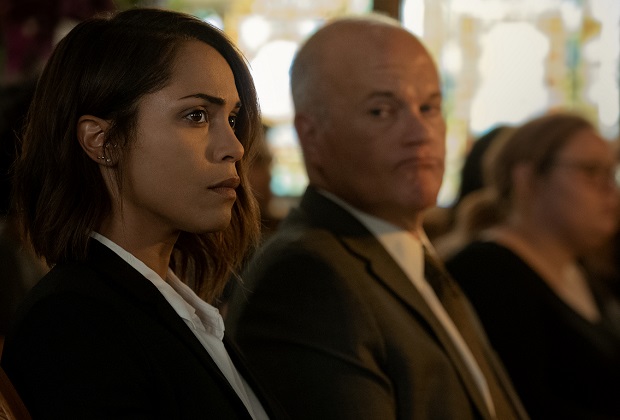 HONORABLE MENTION | Life in opioid-plagued Hightown is no vacation, despite what the show’s opening credits would suggest, but it was especially difficult this week for Monica Raymund‘s struggling addict Jackie. Standing over the dead body of her murdered friend Junior, Jackie’s tough demeanor started to crack, giving way to the uncertainty and fear that comes with death. Raymund exuded a cavalier, unaffected attitude as Jackie returned to her old vices of drinking and anonymous sex, but the actress’ eyes revealed a person in deep pain, grappling with loss and addiction. When those same eyes eventually became submerged in tears, as they did when Jackie attended Junior’s funeral, we felt every ounce of her overdue catharsis. 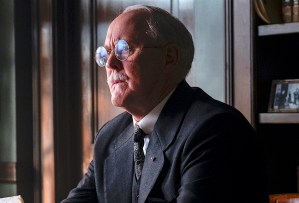 HONORABLE MENTION | HBO’s Perry Mason boasts a full jury box’s worth of sterling performances, and this week, it was John Lithgow‘s turn to shine, as esteemed lawyer E.B. Jonathan saw his life and career crumble all around him. Lithgow was spry and fiery as E.B. sparred with legal nemesis Maynard Barnes, but he also got dire news about his strained finances, with Lithgow stammering in heartbreaking fashion as E.B. frantically scrambled to fend off professional ruin. He came up short, though, and the weary resignation in Lithgow’s eyes was unmistakable as E.B. quietly confronted his fate and took his own life, bringing his story to a harshly abrupt end. It’s a shame we won’t see Lithgow again this season… but he did sign off with an expertly crafted closing statement. 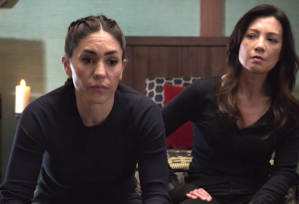 HONORABLE MENTION | For four seasons now, Agents of S.H.I.E.L.D.‘s Yo-Yo has been a reliable asset. Yet ever since her run-in with the Shrike, she has been off her game — and very out of sorts because of it. The powering-down of the speedster, though, has given Natalia Cordova-Buckley some of her best material, culminating in a trip to Afterlife where Elena finally got her groove back. As Yo-Yo sparred with empath May, each blow jostled free a dark memory, including her slaying of young Ruby (“I barely had time to think,” she lamented) but also, and critically, a childhood incident where her impulse resulted in a deeply personal loss. For this exploration of the hero’s long-carried baggage, Cordova-Buckley found a vulnerability that, when all was said and done, made Yo-Yo seem all the stronger for acknowledging and then moving past it.