We’ve got questions, and you’ve (maybe) got answers! With another week of TV gone by, we’re lobbing queries left and right about shows including I’ll Be Gone in the Dark, Psych 2, The 100 and 30 Rock!

1 | In Hulu’s Palm Springs, did Nyles and Sara’s seemingly non-stop (and at times conspicuous) drinking of the same brand of canned beer have you thinking it would somehow be tied into resolving the time loop? Also — SPOILER ALERT — if the goat disappeared from the time loop entirely after being blown up, why was Nyles still there at the wedding when Roy approached him in the post-credits scene? 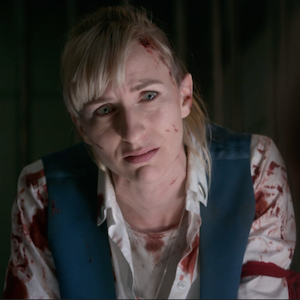 2 | Across the two Snowpiercer episodes that followed the tailies’ brutal battle with the jackboots, were you screaming at the TV for Layton and Till to take, like, five minutes to wash off some of the blood/change into a fresh shirt?

3 | Even if we were to buy that Yellowstone‘s Kayce and Monica would continue their lovemaking after noticing a wolf watching (!), wouldn’t they have been concerned that their son Tate was nearby and could get an eyeful of his own? Or that the wolf might’ve seen the kid as a Happy Meal? On an unrelated note, there’s no way that those three graves are staying empty all season, right?

4 | On The Chi, if Emmett’s after-hours business is attracting so much attention, how has Sonny not yet figured out what’s going on?

5 | Were the opening moments of this week’s I’ll Be Gone in the Dark — in which we heard actual audio of the alleged Golden State Killer breathing threats into his victims’ ears via an anonymous phone call — the most harrowing yet? 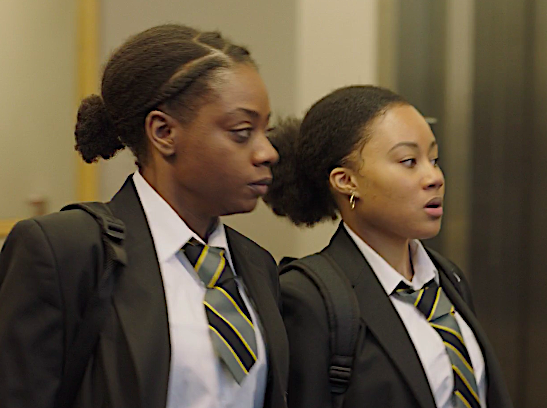 6 | On this week’s flashback-themed I May Destroy You, did you marvel at how insanely spot-on the casting of the younger versions of Arabella and Terry (as well as newbie Theo) were?

7 | Nail-art connoisseurs: How tragic was it that P-Valley‘s Uncle Clifford had to remove those gorgeous, bejeweled talons in order to attend to the strip club’s finances? Also: For a Mysterious Woman on the Run, didn’t Autumn Night give her real name to the photographer rather quickly?

8 | Why has NBC’s The Wall, after riding the pine for two whole years, been airing repeats for the past two weeks?

9 | Can we trust that Titan Games regularly tests its parallel courses to ensure that they present entirely equal challenges? (Like, all of the pistons that need to be kicked in offer the same amount of resistance? The Drop Zone planks on Mount Olympus all require the exact same amount of force to be pushed down? None have gotten “loose” over time?) 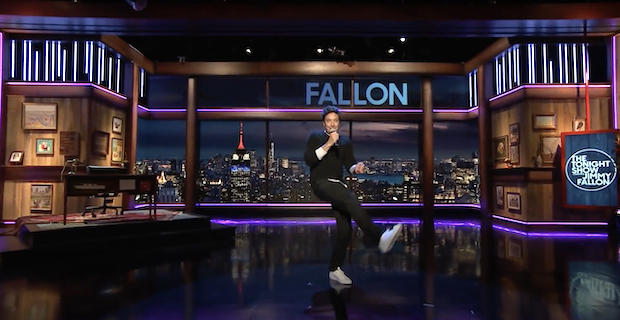 11 | On Dirty John‘s season finale, didn’t you expect Betty’s interview with People to have a bigger impact on the storyline, given how much she and her lawyer discussed it?

12 | On Wednesday’s GMA, wasn’t it a bit awkward when Amy Robach read aloud Tom Bergeron’s tweet about not returning to Dancing With the Stars… but skipped over the first sentence where he said he was “just informed”/fired by ABC? 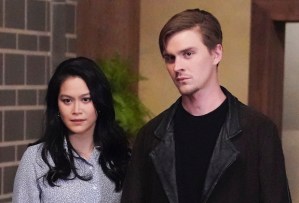 13 | Is Agents of S.H.I.E.L.D.‘s Nathaniel Malick a bit of a wispy Big Bad, if he is in fact the farewell season’s final boss? Are any Dollhouse fans feeling cheated out of an Enver “Victor” Gjokaj/Dichen “Sierra” Lachman reunion? Lastly, can Korra’s heat-based power earn her the nickname Bake? After which she and half-sister Daisy aka Quake eventually form a team??

14 | We’re glad that The 100‘s Octavia and Levitt have potentially found love (or at least lust) in a hopeless place, but isn’t it a little creepy that he only knows so much about her because he’s been probing her brain all season?

15 | On The Challenge, were you secretly hoping one of the Big Brother rookies would snag the win? And should Johnny Bananas just retire already after his 20th (!) season?

16 | Is Peacock risking a Quibi-style disaster by putting only “selected episodes” of its original content on the free tier, forcing viewers to pay if they want to watch a whole season? 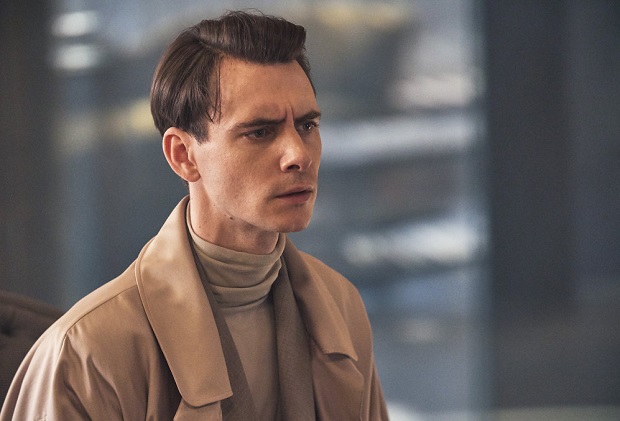 17 | How long did it take you to realize that Brave New World‘s Bernard is played by Harry Lloyd, the same actor who played Danerys’ brother, Viserys, on Game of Thrones?

18 | Regarding Psych 2: After years of Timothy Omundson sporting “a king’s beard” in Galavant, on social media and on This Is Us, were you caught off-guard by how downright baby-faced he looked, shorn for the movie sequel?

19 | Are Seth Meyers’ “Closer Look” segments — which frequently start with a rapid-fire list of worrying news headlines — starting to bring you more anxiety than joy?

20 | Space Force, Never Have I Ever, You, Sex Education… are there any Netflix shows that haven’t (allegedly) reached 40 million “viewers”?

21 | Labor of Love-rs, were you more interested in finding out where you could purchase Kristy’s wardrobe than in which man she would pick? 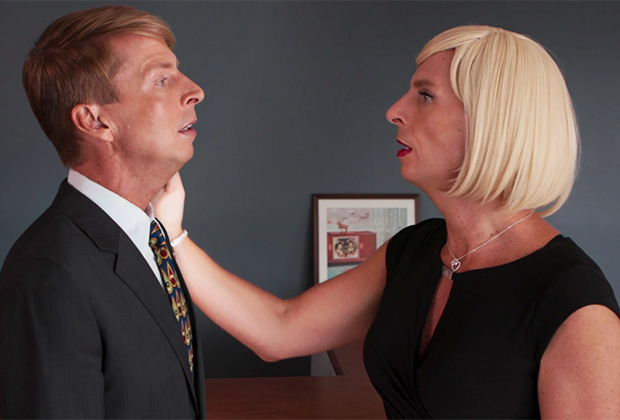 Given Kenneth and Vivica’s off-the-charts sexual tension, are you disappointed that the 30 Rock reunion cheated us out of the kiss we all deserved? Also, surely at least one of the Hallmark Christmas/prince movies written by Twofer James has to already exist, right?

23 | Did you, at first, suspect that The Bold Type‘s Sutton had poured vodka into that wine bottle/glass?

24 | Five episodes into Don’t, do you have a favorite game? Does anyone else find “Don’t Talk to Strangers” (in which a blindfolded player must identify by touch a family member vs. two lookalikes) especially funny?

25 | We all saw To Tell the Truth‘s trick-shot champion scratch with his demonstration, right?