The latest Star Trek series is exploring the final frontier for the venerable sci-fi franchise: comedy.

CBS All Access has released the first trailer for its upcoming animated comedy Star Trek: Lower Decks — which you can watch above — as we meet the low-level support crew serving on “one of Starfleet’s least important ships,” the U.S.S. Cerritos. A quartet of scrappy young ensigns are excited to tackle their first ship assignment… even though they’re relegated to menial duties like “Holodeck waste removal.” (“That’s Klingon prison stuff,” one of the newbies complains.) 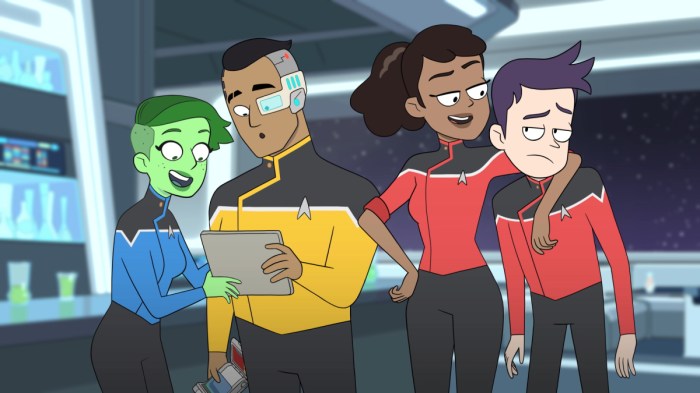 Ensign Brad Boimler, voice by The Boys‘ Jack Quaid, is already picturing himself in the captain’s chair (“If I part my hair like this, do I look more promotable, or less?”), but the senior officers still refer to him and his fellow ensigns as “lower decks,” which is where they’re stuck living, far away from the action. Still, they eventually get in on some interstellar adventures… and some very adult situations, too. (The series hails from Rick & Morty writer Mike McMahan.)

Star Trek: Lower Decks premieres Thursday, August 6 on CBS All Access. Press PLAY on the video above for a sneak peek, and check out the Season 1 poster below. Plus, beam down to the comments and tell us: Will you be hopping aboard? 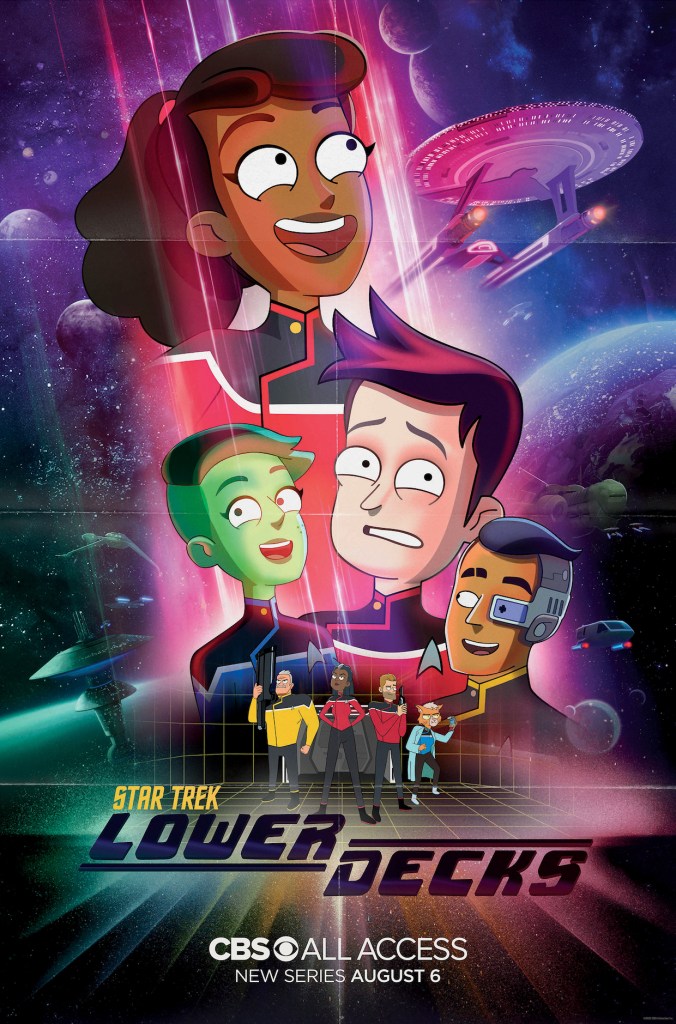