Thursday brings us another new episode of The Bold Type, so you know what that means: Sutton and Richard are out to destroy us again, as if the last two installments haven’t already left us emotionally spent.

This week’s hour is told through five acts/love stories, with the married couple representing “unconditional love” — but there are some things that even their love can’t overcome. After revealing to Richard that she doesn’t want to ever have kids, Sutton and her husband have a long overdue conversation-turned-argument.

“All we do is talk about your job, what you want, what you need,” Richard claims, adding, “You get everything you want, Sutton. I’m just along for the ride.”

“You’re being an ass,” Sutton fires back.

Richard argues that he’s always the one making compromises in their relationship. “I knew it on our wedding night. I knew that I was going to be the one who would always be adjusting,” he says. “I loved you so much, I was OK with it.” 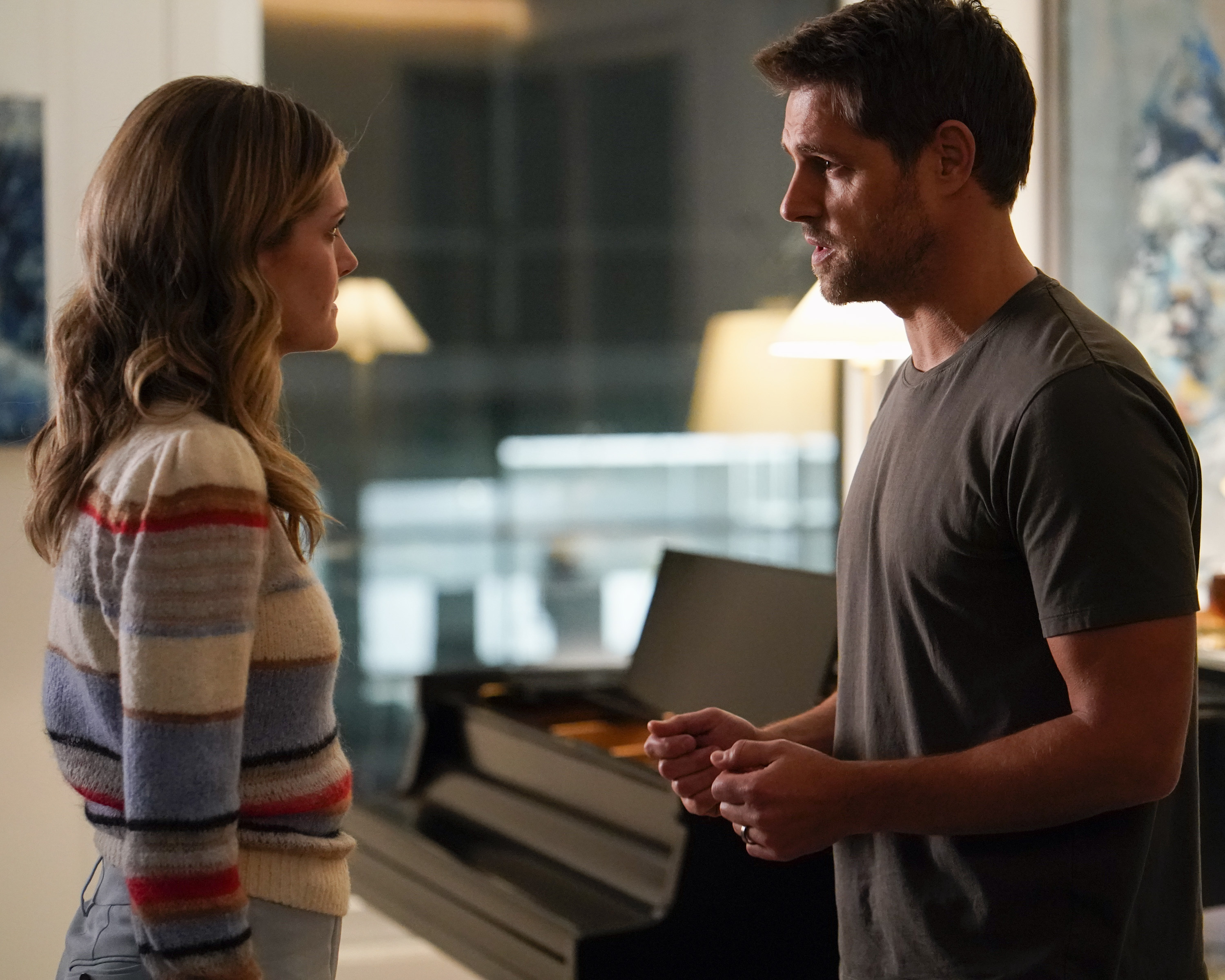 Sutton notes that she, too, made adjustments, moving in before she was ready to and buying him that ticket to California because she wanted to support him, even though it meant they’d have a long-distance relationship. And when he proposed, she said “yes,” even though it was fast. Plus, why isn’t she allowed to put her career first, just like he did at 26?

But it’s bigger than that. “This is a life decision that you made on your own, without me, about my life!” Richard exclaims.

Sutton apologizes and says she doesn’t want to take away his chance at being a father, but if they have a kid and she doesn’t want to raise it, what then? He suggests that they could get a nanny, and that he would do all the heavy lifting. Sutton thinks that would make her a terrible mother.

“So either way, one of us loses. I’m just so sick of it being me,” Richard says, walking away.

The next day, Richard turns to Jacqueline for advice, confessing that he’s always wanted to do better than his own parents. Now he has to decide what he wants more: Sutton or kids. Meanwhile, Sutton rushes home with the hope that Richard will be waiting for her — and he is! They both apologize before making love, but it turns out that it was goodbye sex. A tearful Sutton calls Jane and Kat, and says that she needs them because Richard left her. We still have an episode to go (as well as two unfilmed episodes), so who knows what will happen, but that sure felt like a permanent split, no?

As for the episode’s other love stories: 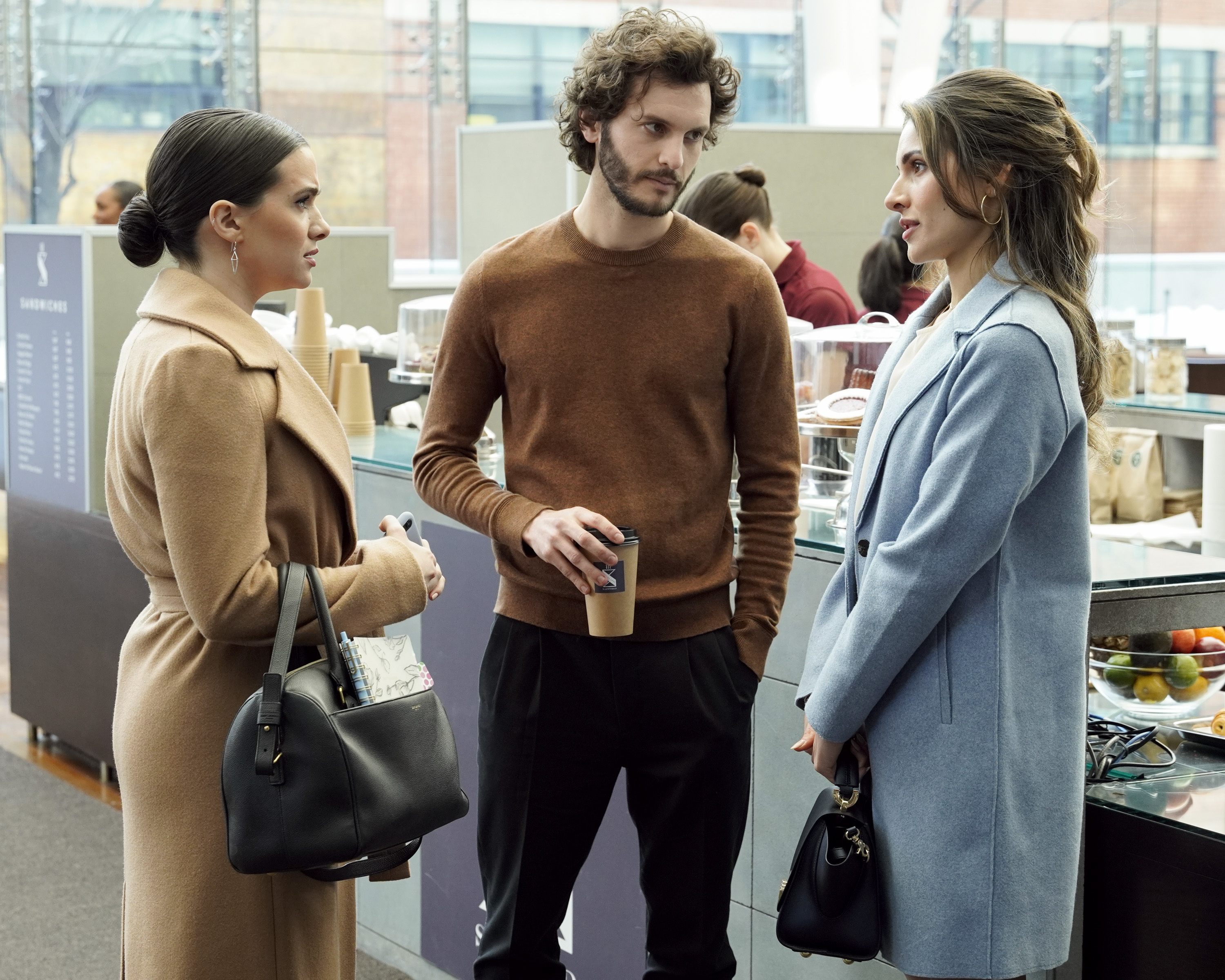 FIRST LOVE | Dan Humphrey’s doppelgänger, Scott, brings a potential story to Jane about his female friend who was fired from an investment firm for being too attractive. While working together on the piece, they chat about their first loves (writing, duh!), and Scott admits that while he doesn’t think what the company did was right, he understands how it could be difficult to work with someone you’re attracted to. Jane asks if he’s implying what she thinks he is, and he simply replies, “Yes,” as a call from Sutton interrupts them.

FORBIDDEN LOVE | Kat asks Ava if she said she was a lesbian during the podcast to throw Kat off her game. But Kat wouldn’t even have a podcast without Ava, so she visits the redhead’s home to thank her and encourage her to use her platform to help the queer community. The latter part upsets Ava, who insists that she does do a lot to help, and as the two are arguing, Kat suddenly kisses Ava. “This makes no sense,” Kat says, and Ava agrees, before going in for another smooch.

COMPLICATED LOVE | Alex takes Alicia to see Andrew’s drag show, where another guest starts to hit on Alicia and refuses to go away. Alex isn’t sure if his independent girlfriend wants him to get physical, so he suggests they just move seats. Andrew, meanwhile, starts to whack the other guy with his purse. Alicia admits that she was scared and might have wanted Alex to do something. Since their relationship is new, and they’re still figuring each other out, it’s complicated for both of them.

REKINDLED LOVE | Jacqueline and Ian continue to work on their marriage by partaking in a shared hobby (tennis, in this case). After Jacqueline refuses to take her husband’s advice on her form, among other things, he says that he doesn’t feel heard by her, just as she didn’t feel seen by him. She later admits that she doesn’t like to give up control or be wrong, but she’s going to work on it. She then declares that they’re finally going to take that trip to Iceland they’ve been talking about for 10 years.

The Bold Type fans, how wrecked are you by Sutton and Richard? Are you digging Kat/Ava and Jane/Scott? Hit the comments with all your thoughts!