The Boys are famous now — and not in a good way, as seen in a newly released, NSFW teaser trailer for Season 2 of Amazon Prime’s gritty comic book adaptation.

With a big manhunt underway for Butcher (played by Karl Urban) and his anti-superhero cohorts, the new episodes find “The Boys on the run from the law, hunted by the Supes, and desperately trying to regroup and fight back against Vought,” per the official synopsis. “In hiding, Hughie (Jack Quaid), Mother’s Milk (Laz Alonso), Frenchie (Tomer Capon) and Kimiko (Karen Fukuhara) try to adjust to a new normal, with Butcher nowhere to be found.” (Don’t worry, he does make his way back to his pals with a gleeful “Daddy’s home.”)

Over on the so-called superhero front, “Starlight (Erin Moriarty) must navigate her place in The Seven as Homelander (Antony Starr) sets his sights on taking complete control. His power is threatened with the addition of Stormfront (Aya Cash), a social media-savvy new Supe, who has an agenda of her own. On top of that, the Supervillain threat takes center stage and makes waves as Vought seeks to capitalize on the nation’s paranoia.”

The Boys returns on Friday, Sept. 4, with three episodes. A new installment will then debut every Friday until the season finale on Oct. 9.

Press PLAY above to watch the cheeky trailer (props to the cover of Billy Joel’s “We Didn’t Start the Fire”!), then scroll down to check out the show’s new teaser art. 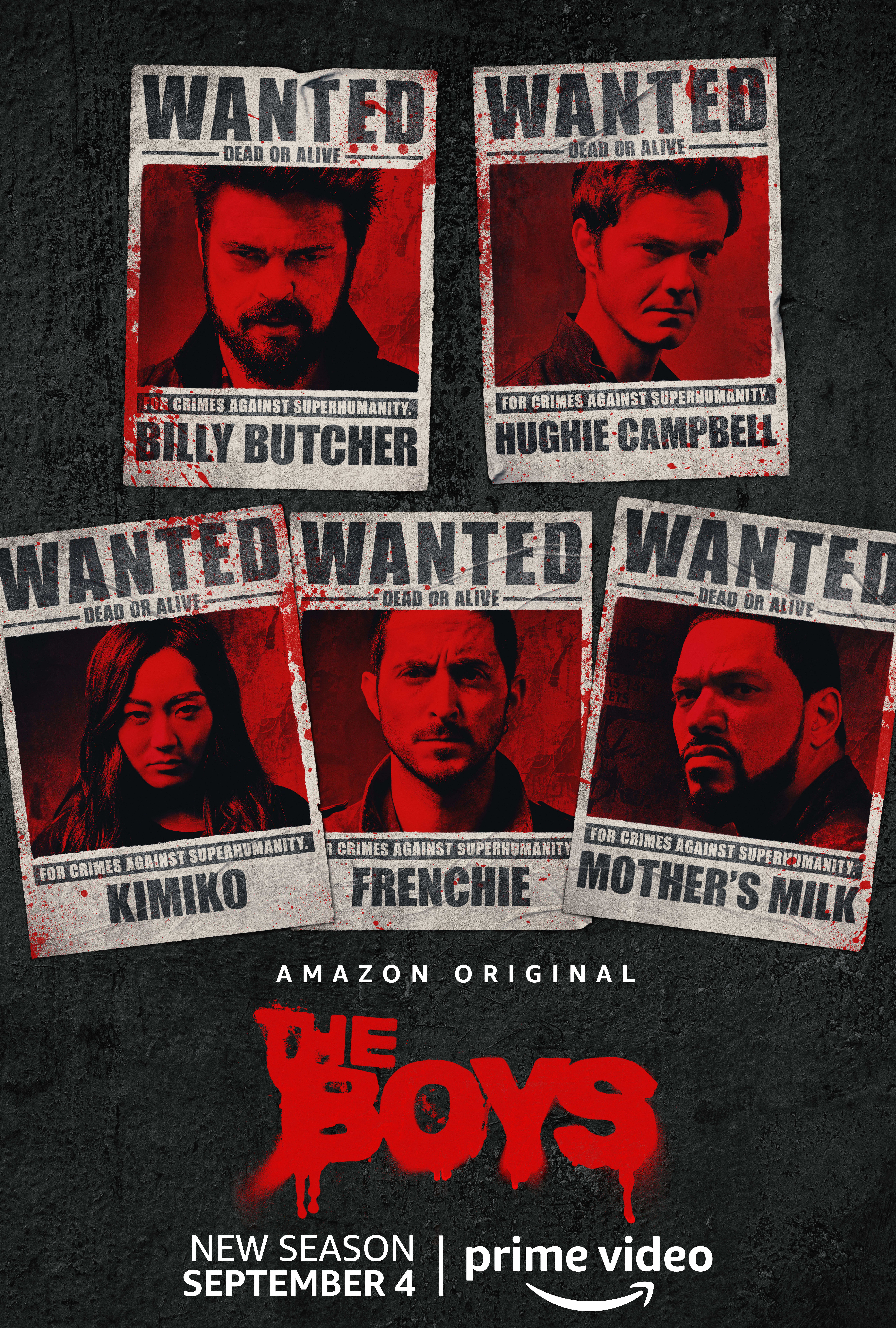