Sigh. This is one of those uncomfortable/unfortunate times where, in the midst of us all enjoying a great season of TV, I must lament that — in my opinion — the latest episode was a letdown.

One of TVLine’s Best Shows of 2020 (So Far), Marvel’s Agents of S.H.I.E.L.D. this Wednesday hit the midpoint of its farewell season, and while the set-up for the episode held promise — Mack and Deke had been stranded in the 1980s, on the heels of 1) LMD Coulson going boom and B) Mack realizing his parents had been prematurely killed by Chronicoms — the end product felt like a well-intended but tonally wayward misfire.

To be clear, I — the poster child for 1980s Kids! — can testify that “The Totally Excellent Adventures of Mack and The D” was every bit the love letter to the decade that it promised to be, making references to Short Circuit, The Breakfast Club, Terminator, Max Headroom, WarGames, Top Gun, Weird Science, E.T., Rambo, Patrick Swayze, whatever Brigitte Nielsen character Olga was intended to evoke and, ultimately, a campy slasher flick. But amidst alllll the retro winks, it felt like actual storytelling opportunities were missed.

Mack’s arc in particular disappointed me. Instead of seeing him take any sort of stealthy action to see that his younger self and brother Reuben were doing OK years after being tragically orphaned, we instead got a variation on sullen, beer-guzzling “Bro Thor” from Endgame. And The Deke Squad, while a fine comic showcase for Jeff Ward (crooning stolen pop hits while sporting a bandana), fed into a storyline that was just this side of too silly. (Sorry.)

If the events of this episode had taken place in an alternate reality or dream, then the over-the-top humor would have worked. And how. But as a very real juncture in the S.H.I.E.L.D. agents’ final mission, it fell flat for me, and while keeping two-thirds of the team off-screen for almost the entire hour. (Even May’s grim-faced “interrogation” of Deke that kicked off the episode had no real payoff, comedic, ironic or otherwise.) 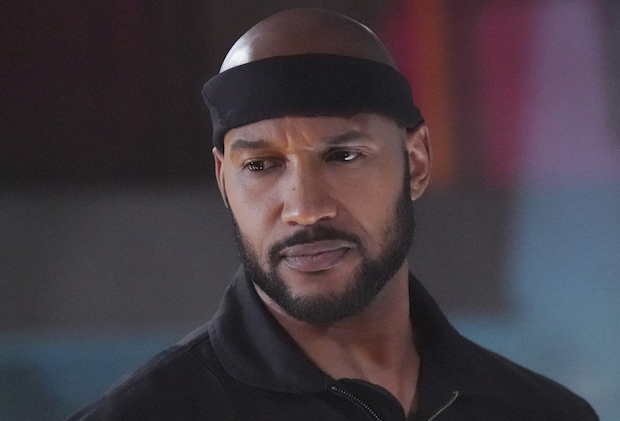 What all happened during the 20 months that elapsed for stranded Mack and Deke? After the Zephyr abruptly blipped away, Mack bailed on his colleague to return home to observe him and his brother Reuben from afar, never delivering the model car kit he had bought. From there, he holed up in a motel room for months/holidays on end, assembling model car after model car, draining six-pack after six-pack. Deke repeatedly tried to reach out to Mack, after enlisting a sketchy P.I. to find him. (We’ll save the many geography questions raised by this episode for TVLine’s TV Questions column on Friday.) One evening, Deke slipped under the door an invite to a local bar, where Mack found his teammate singling lead for The Deke Squad, a pop band that was a “cover” for a ragtag group of wannabe operatives: Roxy, Olga, the “Chang Gang” twins, and the aforementioned sketchy Cricket.  Mack scoffed at what Deke had assembled (and again co-opted), and was further aghast to see how they had tricked out the Lighthouse with neon, pinball machines, hot tubs and the like. Coulson was able to chime in/nudge the would-be team along, as a Max Headroom-like character built off of a hard drive of his memory that… existed where after the events of 1976?

Sibyl meanwhile made contact through a CRT computer with an electronics shop wonk (Beauty and the Beast‘s Austin Basis), whom she wooed into building her a robot body. Robot Sibyl then built herself some cohorts, before having her nerdy beau whacked. The low-tech Chronicoms then sneaked into the Lighthouse to make much blood-splattering mayhem, while Robot Sybil unearthed and slinked off with the buried gizmo she uses to read time streams.

By episode’s end, a touched Mack had learned that during his motel room hibernation, Deke had been checking in on the Mackenzie brothers… May and Yo-Yo arrived in 1983 via Quinjet to reclaim Mack and Deke (and meet their small team of semi-honed rookie agents)… Coulson seemingly will have a new LMD body to inhabit… and Sybil’s severed arm slowwwwwly wheeled a great distance to present the time stream-reading gizmo to Nathaniel Malick, with whom she will now conspire.

What did you think of “The Totally Excellent Adventures of Mack and The D”? Was it clever/funny enough to outweigh its plot holes?