Warning: The following contains The Bold Type spoilers, as revealed in the promo for this Thursday’s episode.

Surprise! The Bold Type‘s Sutton has a bun in the oven! But the recently promoted stylist was definitely not planning on baking one so soon after she and her hubby Richard got hitched. So how will the newly married couple react to the unexpected pregnancy in this Thursday’s episode (Freeform, 10/9c)?

While the pair are “really excited” about the news, there are also “difficult, honest conversations” ahead for Sutton and Richard, star Meghann Fahy tells TVLine in the following Q&A. Read on as the actress previews the newlyweds’ relationship “test” and Sutton’s “struggle” to juggle her blossoming career with a “huge, life-changing scenario.”

TVLINE | What was your reaction when you found out about the pregnancy? And did you expect it to come so early into their marriage?
I did not expect it at all, but I was super game for it. I thought, “Why not?” The show covers so many incredible topics, and I just feel like this was one we hadn’t touched on yet, so I was excited about exploring it. What is really cool is the kinds of conversations that it invokes as that storyline progresses later in the season. It evolves, and I just think it’s a cool thing to talk about, you know? 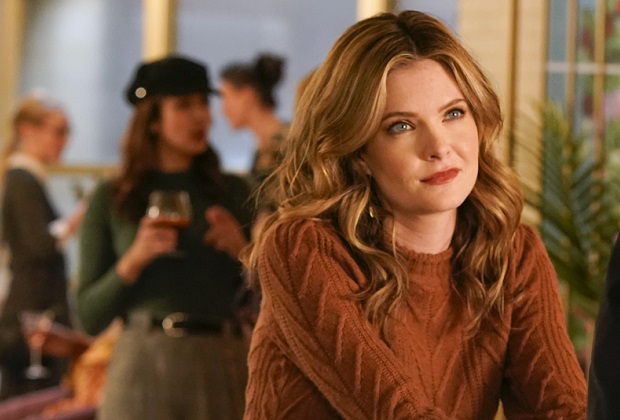 TVLINE | Sutton is pregnant before she and Richard have even had a conversation about the possibility of a pregnancy. So how does that impact their relationship?
It’s interesting. I do think that at some point in [their] relationship, they did have a conversation of some kind and felt like, “Yeah, that’s something that we both want.” But there’s a huge difference between making a choice to start a family and accidentally getting pregnant. So I think that’s the conversation that they end up having with each other, because it wasn’t the kind of thing where they sat down and were like, “OK, let’s do it.” But that’s what’s so cool about telling this particular story. There are so many different ways to want a family, to have a family, to not have a family, and especially tying into Sutton’s professional life, which is super important to her, and for women in general now. I think a lot of women are having babies a little bit later, and they’re focusing on their careers instead of their biological clock ticking, and that’s really exciting and cool. So it’s kind of awesome for us to see one of our girls in a situation where she’s navigating that, specifically.

TVLINE | What can you say about Sutton and Richard’s individual reactions to the pregnancy? Are they on the same page about it?
I think they’re both really shocked and excited when they find out, for sure, because they’re in love. They love each other so much. They just got married. It’s all very quick. But yeah, I would say their initial reactions are they’re both really excited.

TVLINE | They’re still in the honeymoon phase, and Sutton just got this promotion. How much of a struggle is it for her to balance this surprise pregnancy with a new marriage and a new job promotion?
I think that, as in normal life, things get handed to you, and you just have to deal with it. Of course, she has her incredible support system in not only Richard but also Kat and Jane. And Sutton, also, is a super driven person and a super, super hard worker. So I think she’s like, “Cool, let’s do this. I got this. I can do it all,” and then I think that, obviously, she’ll struggle with that a little bit. Richard is endlessly supportive and wonderful as a partner to her, so I think that has helped a lot. 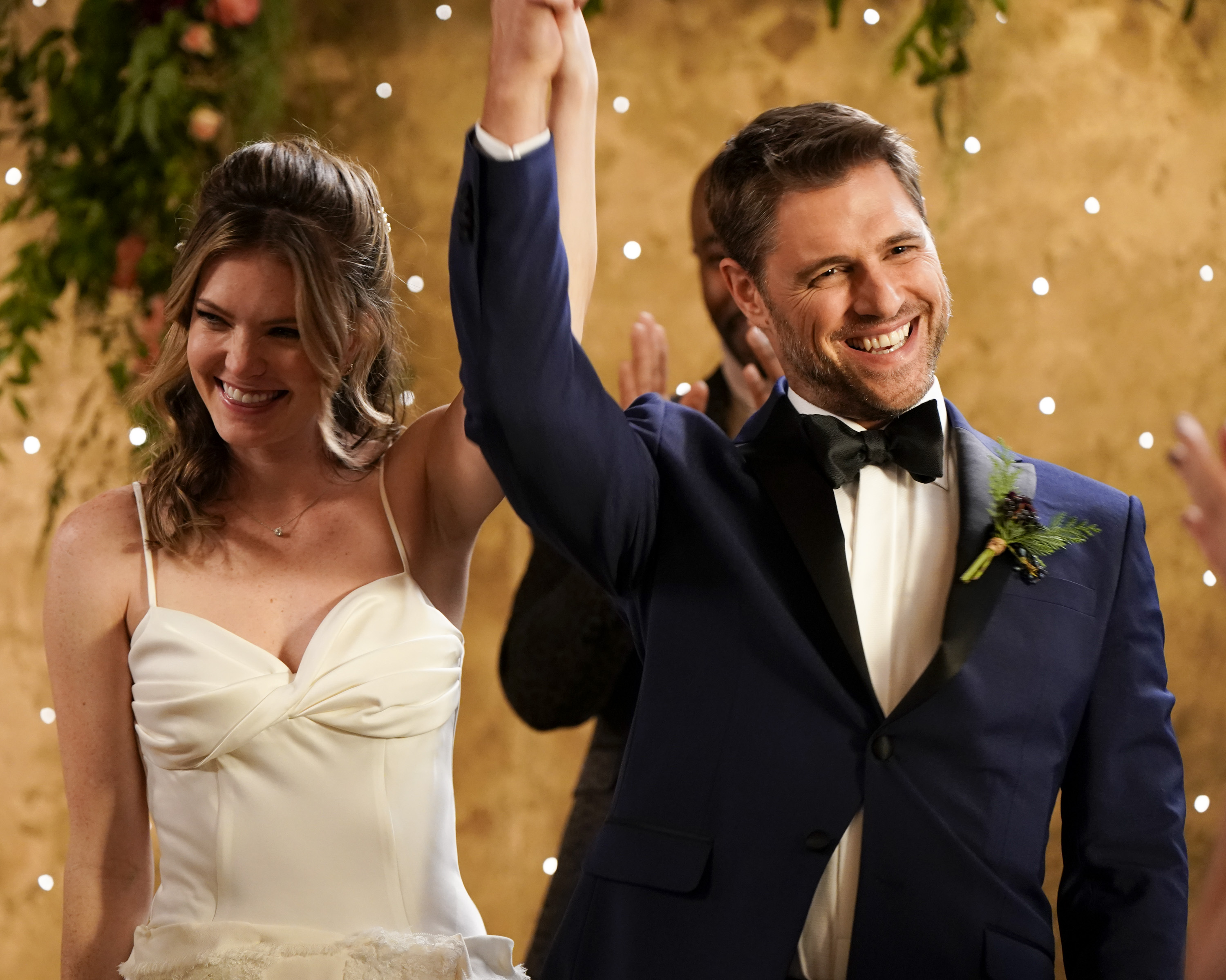 TVLINE | He’s like the perfect husband, except for the fact that he’s all the way on the other coast.
Exactly! The only thing that sucks. [Laughs]

TVLINE | Will this make him reconsider their living situation?
Yeah, I mean, I don’t imagine that he would be cool with leaving his pregnant wife by herself. So we’ll see what happens with that.

TVLINE | In the trailer for the new season, Sutton is very emotional, and she’s saying to Richard, “I can’t give you what you want.” Should we be worried that this pregnancy might be a test of their relationship?
Well, I think it’s certainly a test. I think any huge, life-changing scenario like that is always testing to any relationship, and I think the clip that they showed is just representative of the kinds of difficult, honest conversations that Sutton and Richard are having together, expressing their fears, expressing all of those things to each other, which I think is super healthy and important. It’s definitely, as you can tell, not a very smooth road for them, but they’re having the necessary and important conversations.

TVLINE | Sutton is a very modern woman, and this is a very modern show that does not shy away from talking about things in a real way. So I would be remiss if I didn’t ask you: Is there a conversation about her options, or does she definitely want to go through with the pregnancy?
I think there’s definitely a conversation about options. I’m not going to speak on what the decision ends up being or what ends up happening. But I think Sutton’s intention is to have the baby when she finds out that she’s pregnant, for sure.

TVLINE | How do Jane and Kat feel about Sutton’s pregnancy and becoming aunts, in a way?
I think they’re super pumped. I think that they are both fighting over who’s going to be the better aunt. [Laughs] But you just are [there] for your friend. It doesn’t really matter what they’re going through. You’re always supportive of them, and so I think they’re really excited.

TVLINE | When I talked to Katie Stevens, she mentioned that you had finished filming Episode 16 [out of 18] when you were shut down, so you weren’t able to finish the whole season. How do you feel about where the stories end in Episode 16? Does it still feel like a season finale to you?
It kind of does, which is lucky, I guess. We don’t have a ton of like cliffhanger-y moments in our show, but we do have a lot of, “OK, all of this stuff just happened. What’s gonna happen next?” So I do think we got lucky that Episode 16 ends with the three girls in very particular situations, and it is kind of like, “Oh, my God, what’s gonna happen?!”