We are going on five months since the Arrow spinoff’s backdoor pilot aired, and longer than that since both Superman & Lois and Walker got freshman series orders from The CW. As such, those holding out hope for Green Arrow and the Canaries perhaps are worrying in earnest:

Will the 2040 story of Mia, Laurel and Dinah (played by Katherine McNamara, Katie Cassidy and Juliana Harkavy) continue?

And if not, will any of the questions raised by the planted pilot (or Arrow‘s series finale, which aired the week after) ever be answered? 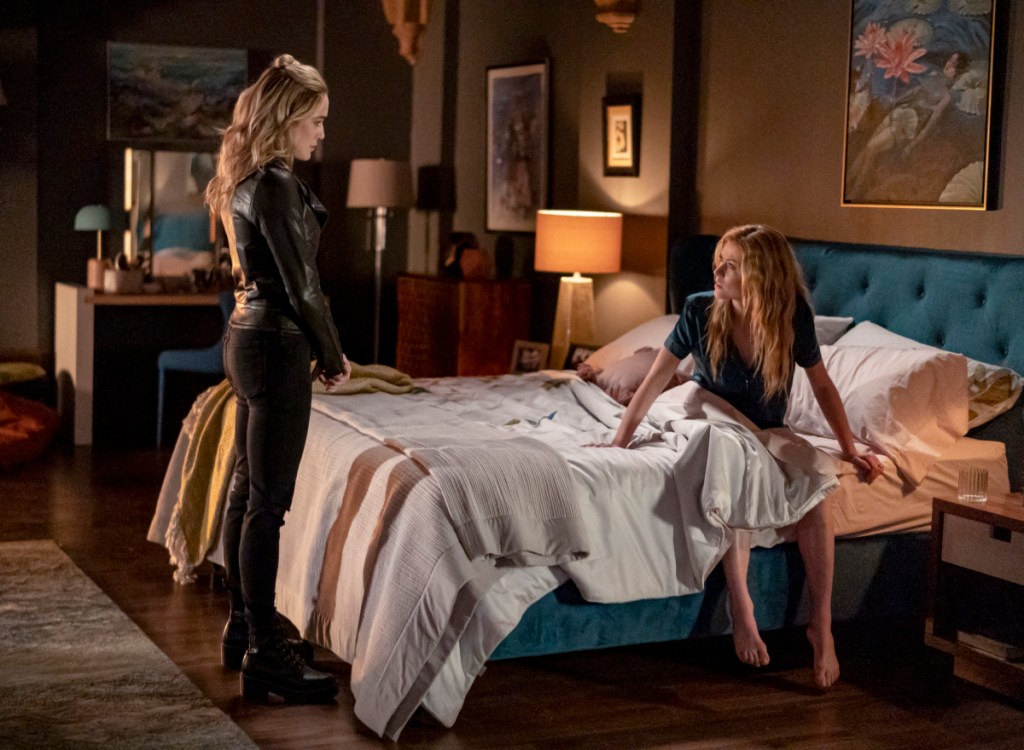 To name but a few mysteries raised in Arrow‘s final two episodes: Who kidnapped Mia’s brother William at the end of the spinoff pilot? (And why didn’t Mia seem too concerned about his absence when Sara time-traveled to 2040 to fetch her for Oliver’s funeral?) Also, if Dinah left Star City toward the close of the series finale to start a new, crimefighting life elsewhere, how did she mysteriously find herself in 2040 the following day?

“There are burning questions,” Arrowverse EP Marc Guggenheim affirmed during a recent TVLine interview. “Certainly, the backdoor pilot ended with the cliffhanger of William’s abduction. And I do think we owe answers to a lot of those moments and questions.”

In the scenario suggested above, where Green Arrow and the Canaries doesn’t get ordered to series, Guggenheim said, “My instinct would be to try to answer those questions in the form of, like, a comic book tie-in — which is not to say that it couldn’t be done on the other shows.”

The trick with resolving such mysteries elsewhere in the Arrowverse is that “when you’re dealing with another time period, the year 2040 in this case, the only show that could handle that or really deal with those questions is Legends,” he noted. But even that “is a tricky bit of business, since the tonal mashup between Legends and Canaries is so very different. On the other hand, you’ve got Sara, who is sort of the connective glue there….”

All told, “I look at these things as ‘quality problems,” Guggenheim concluded. “I love the fact that we now have a universe of shows that allows us to ask ourselves these questions and explore different things and answer questions from different shows, but we also have comic books as an outlet, as well.”

At the time that Arrow ended, Guggenheim told TVLine that Dinah speeding off on her motorcycle “does jibe” with what she told Laurel in the spinoff pilot, “given the backstory that we’ve worked out for Dinah that we haven’t revealed to you yet. She doesn’t get on that motorcycle and ride off and immediately end up in the future. There is a story in between that has yet to be told.”

Just maybe on the pages of a comic book. (With reporting by Vlada Gelman)

Want scoop on a favorite TV show? Email InsideLine@tvline.com and your question may be answered via Matt’s Inside Line.