This Wednesday on Marvel’s Agents of S.H.I.E.L.D., Daniel Sousa has lotsa questions. But will he get answers from the peculiar “scientist” (AKA undercover Coulson) who has entered his life?

In the previous episode of the ABC series’ farewell run, Enver Gjokaj reprised his role as Agent Carter’s Sousa, whose visit to S.H.I.E.L.D.’s top-secret base at Area 51 took some very strange turns, eventually leaving one “melted” intruder and an EMPowered-down Coulson at his feet. The action resumes this Wednesday at 10/9c, with a Coulson-narrated, black-and-white, noir-style episode that is as engaging and twisty as last week’s was hilarious.

TVLine spoke with Gjokaj about his Marvel TV encore and, of course, where things stand in the 1950s with Daniel and Peggy. 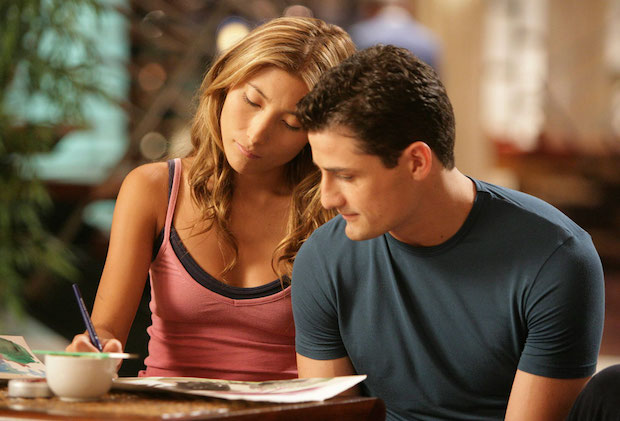 TVLINE | Before you called, I was trying to recall if I ever spoke to you during the Dollhouse days. I know I interviewed Dichen [Lachman] and Eliza [Dushku]….
That was a little while ago!

TVLINE | I remember Dichen telling me that during the communal shower scenes, you all got pretty “familiar” with one another despite the best attempts at modesty.
Oh, yeah. Dichen and I are very good friends — she is my best friend from LA. and she ended up getting married to my best friend from New York. So as very good friends, it was very awkward between the two of us. [Laughs] We were very close and very friendly, so we teased each other a lot. We had a lot of fun. 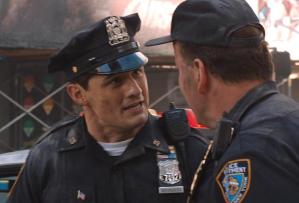 TVLINE | What was it like to get the call from [S.H.I.E.L.D. showrunners] Jed [Whedon] and Mo [Tancharoen], with whom you had worked on Dollhouse?
It was very unexpected. There had been talk, for years, from Joss [Whedon] and Jed and Mo…. There was actually almost a bit of a “false alarm” where this may have happened a while ago. There’d been talk of trying to get back my appearance from [2012’s] The Avengers, as that [New York] cop. There was talk of tying in my cop that appeared in The Avengers, but nothing was ever official. And then this came out of nowhere. And I was thrilled! I was thrilled.

TVLINE | Looking back at your first S.H.I.E.L.D. scene, what should we make of Daniel’s reaction to thinking that Peggy was inside the base? His level of surprise suggested that, at the very least, they are no longer in regular contact.
Yeah…. You know, I have a lot of experience with this, from working on Agent Carter, where they don’t really tell us much, so you have to make something up in your own brain about what you think it is, hoping and trusting and knowing that the Marvel people have worked the timeline out. So I just did a “trust fall.” I guess we have to assume that, as you said, they haven’t really seen each other. That it wasn’t an easy, happy ending like the ending of Agent Carter may have led us to believe.

TVLINE | And yet he did check his hair on the way in, so he must not consider himself entirely out of the game.
You know, I think that when it comes to Daniel and Peggy, he’s just going to be into her for the rest of his life. [Laughs] She is the one that got away for him. Or the one that he got. Either way, she’s the one. 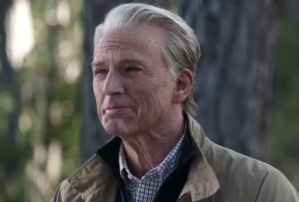 TVLINE | Upon seeing Avengers: Endgame, what was your reaction to what happened between Peggy and Steve Rogers?
I thought it was wonderful. I thought it was a beautiful way of ending their story. And I’ve said this before, I think that it actually makes the romance between Daniel and Peggy that much more bittersweet.

TVLINE | Coming out of last week’s S.H.I.E.L.D. episode, having seen the “melted” man that Coulson was fighting, Sousa must have questions. How successful is he at getting answers?
Uh, not super successful! This is one of those things where as crazy as the stuff that Daniel has seen in his life has been, working for the SSR, all of this stuff happening is very, very out of the realm of what he has seen.

TVLINE | I kept reminding myself that he did see some strange stuff on Agent Carter. Like, the zero matter that Whitney Frost was playing with….
On Agent Carter, you saw Daniel really make a transition, from being a guy who wasn’t allowed to do anything to really coming into his own — and we continued with that thought, that he has gone on to become a really awesome agent.

TVLINE | He’s running the L.A. office, man!
He’s become a bit of a 007, but mostly in the ways of intrigue and espionage — not really dealing with a whole lot of this kind of stuff.

TVLINE | The promo for this week’s episode says that it concerns the day that Sousa became “the first fallen agent of S.H.I.E.L.D.” How worried should we be?
I mean, you should be very worried. [Laughs] You should be pretty worried. Yup. 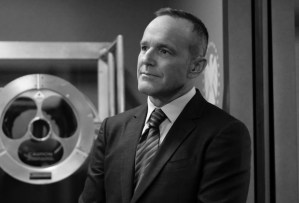 TVLINE | Do you get your share of action in this episode?
This week is really, really fun. The dynamic between Coulson and Sousa is super, super fun. As we know from the MCU, Coulson is a huge history buff and almost fanboy of the SSR days, and so the dynamic of him being a bit of a fan but not being able to tell me, that was so fun for the two of us to play.

TVLINE | You and Clark do have a very nice two-hander in this episode, riding on a train and trading snappy dialogue. For an actor, is that as enjoyable as it looks?
It absolutely is. We were on an actual train — they didn’t try to do it with green screen — and they got the train going down the track as we were shooting, so you had the noise, the movement… Those are the moments as an actor where you really feel like, “Awww, man.” You barely have to do anything because Clark is so terrific, and you just jump into the world and it takes you away. It was a blast.