Hulu’s Harlots will no longer be taking appointments, while Doris Quinn’s mission of Reprisal has come to an end.

TVLine has confirmed that Harlots has been cancelled at the streaming service, nine months after its third season came to a close. Set against the backdrop of 18th-century Georgian London, Harlots offered “a new take” on the city’s most valuable commercial activity — sex — based on the stories of real women and written by Moira Buffini (Jane Eyre). The cast included Samantha Morton, Lesley Manville and Jessica Brown Findlay. 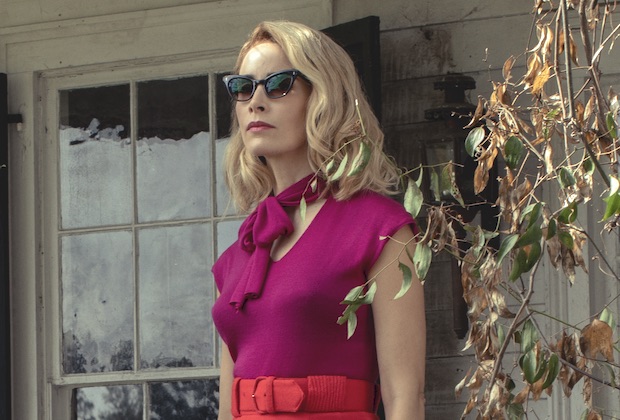 Sources meanwhile confirm for TVLine that Reprisal will not be back for a second season. Released in December, the the Abigail Spencer-led, hyper-noir series followed a femme fatale who, after being left for dead, sought revenge against her brother (played by Rory Cochrane) and his gang of gearheads.

“I’m so grateful I got to bring Josh Corbin’s ‘The Doris’ and Reprisal to life,” Spencer shared in a statement to TVLine. “Though it won’t go on from here, I’m so grateful it will live on, on Hulu, as a completed piece. That’s always the dance with series work — you hope it goes on and you want it to feel complete if it doesn’t.

“We left it all on the screen,” Spencer continued. “I’m so proud of the work we did and the stellar work of our diverse cast — special shout-out to my scene partners Craig Tate, Wavyy Jonez, Bethany Anne Lind, Mena Massoud, Gilbert Owuor, Rodrigo Santoro, Madison Davenport, Lea Delaria, Rhys Wakefield and David Dastmalchian — for being a part of bringing more underrepresented voices and characters to the screen.

“Exploring the power and strength of a broken woman who has rebuilt herself is a special feat,” Spencer said in conclusion. “The rise of the underestimated is a beautiful thing which is the heart of this story. I hope everyone finds The Doris at some point and, much like its pulpy tone, pulls in a unique cult following. I’m grateful to Hulu, A&E and The Littlefield company for making it so.”