DC’s Stargirl better finish up assembling her team and quick, seeing as more and more villains are crawling out of the local woodwork.

In new photos for the sixth episode of the Arrowverse-adjacent live-action series (premiering June 22 on DC Universe, June 23 on The CW), gym owner Lawrence “Crusher” Crock (played by Matador‘s Neil Hopkins) and Blue Valley High phys ed teacher Paula Brooks (Santa Clarita Diet‘s Joy Osmanski) get their turns to “suit up,” as Sportsmaster and Tigress, as seen in the photos above and below.

The two fitness-themed foes show up in the episode “The Justice Society,” in which Courtney (played by Brec Bassinger) makes a difficult decision after Pat (Luke Wilson) confronts her about the potential consequences of recruiting new members to the JSA. Elsewhere, Barbara (Amy Smart) shows up in support of Mike’s (Trae Romano) science fair, while Courtney and her budding team of heroes prepare for their first major mission. 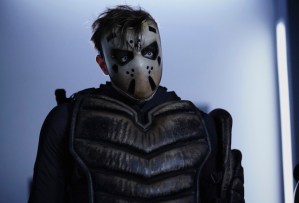 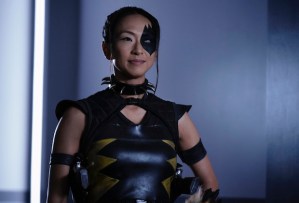