Charisma Carpenter‘s mystery Pandora character isn’t done with Jax yet. Not by a longshot.

The Buffyverse alum guest-starred on the sci-fi series’ Season 1 finale, which aired Stateside last October, as Laura, a mysterious woman whom Jax recognized as her mother. As such, Laura might have all the answers to Jax’s questions about her origins — and yet she also might prove to be her most dangerous enemy yet.

Laura’s appearance teased much more to come in the storyline, and that will now unfold with Carpenter promoted to recurring for Season 2, TVLine has learned, which is expected to commence production this summer in Bulgaria. 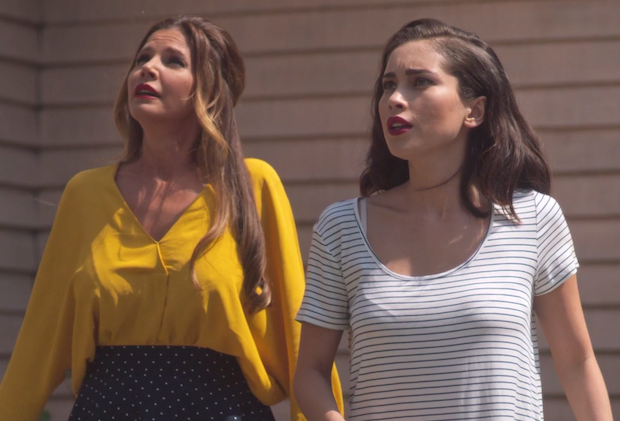 Set in the year 2199, Pandora is a sci-fi action series about the titular resourceful young woman aka Jax (played by Priscilla Quintana ) who has lost everything but finds a new life at Earth’s Space Training Academy, where she and her friends learn to defend the galaxy from threats both alien and human. When secrets about the nature of her own identity begin to surface, she must uncover the truth, and whether she will be humanity’s savior or the instrument of its destruction.

Carpenter’s previous TV credits include but are no means limited to Buffy the Vampire Slayer and its offshoot Angel, a Season 2 episode of Fox’s 9-1-1, The Lying Game, Greek, Veronica Mars, Chicago P.D. and Lucifer.