ABC this Tuesday night has slotted a pair of landmark black-ish episodes that series creator Kenya Barris notes are “as timely” today as when they first aired.

Airing tonight at 8/7c is Season 2’s “Hope,” which first aired in February 2016. In that half-hour, the Johnson family discusses race issues while watching news coverage of a grand jury considering the indictment of a White police officer accused of killing an African American teen.

Coming on the heels of George Floyd’s death at the hands of a Minneapolis police officer (and the nationwide protests that have followed), “It breaks my heart on so many levels that this episode feels just as timely as it did then and eerily prescient to what’s happening to Black people in this country today,” Barris said in an Instagram message (below). 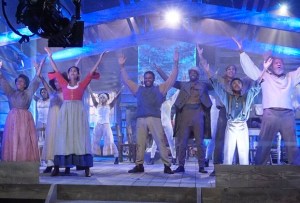 Then at 8:30 pm, you have the Season 4 opener, “Juneteenth,” in which an 1865 version of the Johnsons celebrate June 19th, the day slaves were told they were freed in the U.S., by singing about the liberties they are excited to exercise.

“While we hope these episodes can bring your families together in watching and learning,” says Barris, “the real hope is that it inspires you to join us in demanding liberty and justice for all — once and for all.” 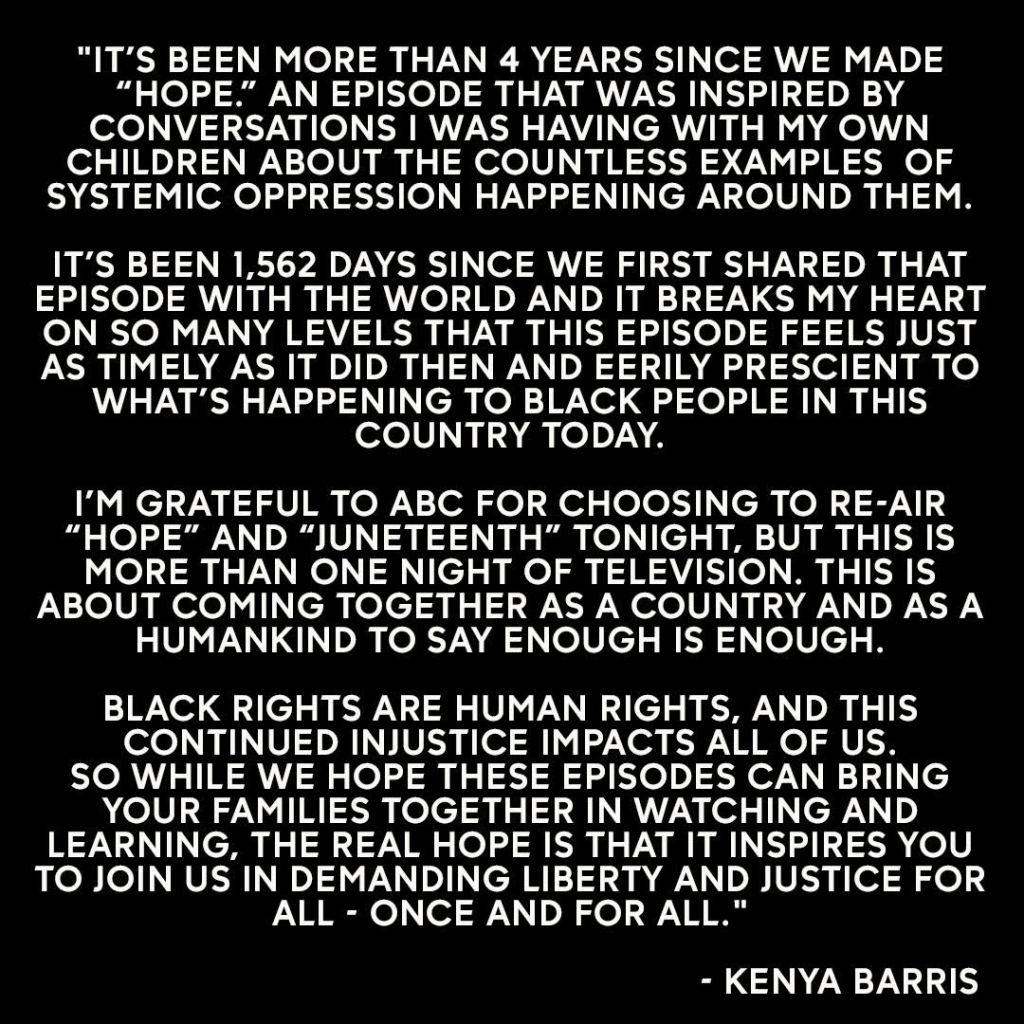