Giving birth to a perfectly adorable “Baby Yoda,” a process it was.

In the fifth episode of Disney Gallery: Star Wars: The Mandalorian, which released Friday, the Disney+ docuseries — which really is must-see viewing for fans of Mando, Star Wars, sci-fi, filmmaking, digital technology, what have you — offers a behind-the-scenes look at the development and use of practical effects, such as the puppetry that by and large brought the Child to meme-worthy life.

As such, exec producer Jon Favreau at one point walks us through the early concept art for Mando’s priceless bounty, which was inspired in part by a VR project the filmmaker has been working on, titled Gnomes & Goblins.

“The idea of the face not being that expressive, but everything was about the eyes looking at you, and the ears moving, was something I wanted to try,” Favreau explained. 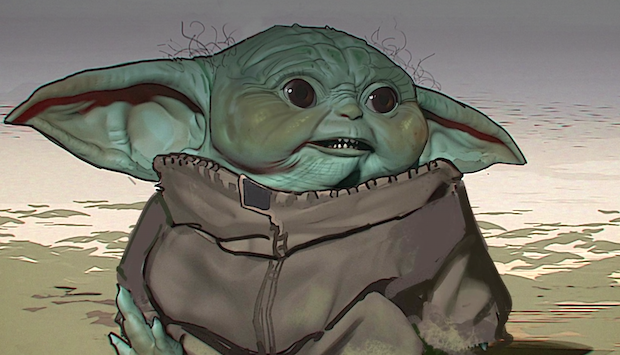 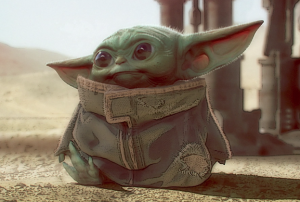 In the end, Favreau says he locked onto “one image that Chris Alzmann did (at right) that had him wrapped up in a piece of a flight jacket… and his eyes were a little weird, he looked a little out of it …. but we found it charming, and that became the rallying image. We said, ‘This is good. This is good.'”

The Mandalorian’s freshman run of eight episodes ran Nov. 12 through Dec. 27. Season 2 was officially announced on the day of the season finale and will arrive in October, while just last month there were unconfirmed reports that Season 3 is also a go.