Chicago Fire vet Monica Raymund has come all the way from the Windy City to Cape Cod to unravel the tourist paradise’s seedy underbelly in Starz’s Hightown.

The opening minutes of Sunday’s series premiere tell you everything you need to know about just how dark and gritty the new crime drama is going to be: Two women are sitting in a car, awaiting a drug buy, but it’s OK because Sherry (Madam Secretary‘s Masha King) has a cop protecting her. While her newly sober friend Krista (Crystal Lake Evans) goes into the nearby greenery to pee, a car pulls up and a man steps out whom Sherry doesn’t recognize. He shoots her in the head as a distraught Krista watches, hiding in the bushes.

We then meet Jackie Quiñones (Raymund), a National Marine Fisheries Services agent who uses her job as a line (“I’m in law enforcement”) to pick up visiting young women during Carnival. She also likes her booze and coke, which she snorts in the middle of the street like she’s popping a Tic Tac, as much as she likes the ladies. After a particularly debaucherous night, Jackie stumbles upon Sherry’s body on the shore. She tries to brush it off with the authorities — “I’m from New Bedford. You think I’ve never seen a dead body before?” — but it clearly rattles her. 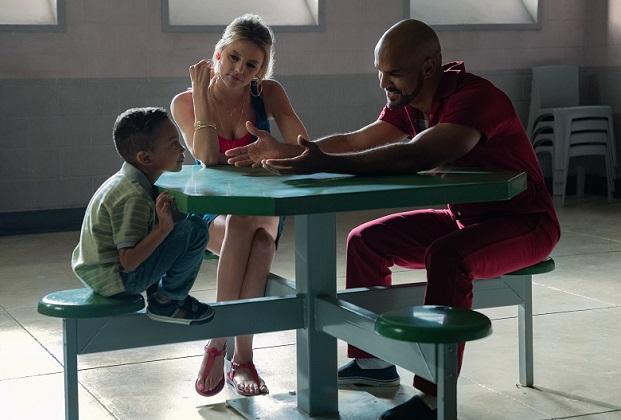 Ray Abruzzo (Rubicon‘s James Badge Dale), a sergeant with the Cape Cod Interagency Narcotics Unit, pushes his way into the murder investigation. He immediately recognizes the victim as his CI, so he goes to prison to rattle Frankie Cuevas (Prison Break‘s Amaury Nolasco), the leader of Cape Cod’s opioid ring. Ray then pays a visit to Frankie’s baby mama Renee (The Originals‘ Riley Voelkel), who works as a stripper. He needs a new informant, and who better than Renee? Meanwhile, Frankie wants Renee to get close to Ray. Basically, Renee is caught between a rock and a hard place. 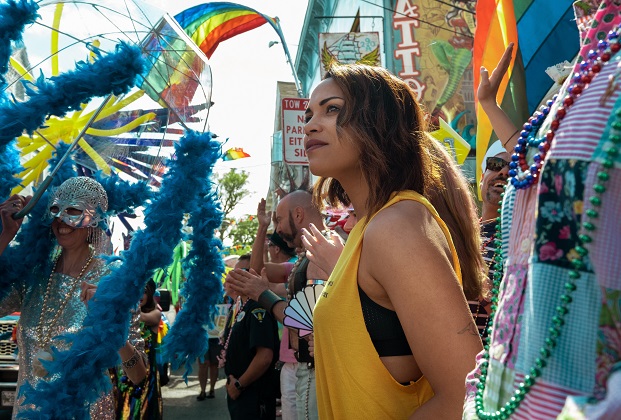 As for Jackie, she’s partying so hard that she gets into a car crash while driving and pleasuring a woman at the same time. She could be charged with a felony, but if she goes to rehab now, it could help her case. She resists the idea that she has a problem, but ultimately has her partner Ed (The Good Fight‘s Mike Pniewski) drop her off at the facility, where her detached demeanor begins to crack. “Everyone parties like me, so it’s fine, OK? I’m fine,” she insists to the therapist as she starts to cry. While Jackie is attending her first AA meeting, the camera pans to reveal a photo of Krista at the same rehab center.

And there’s one last twist: Jackie’s fisherman buddy Junior (Good Luck Charlie‘s Shane Harper), who is 90 days sober, finds Sherry’s fingernail on the boat. While no one is looking, he throws it into the water. And that, folks, is what we call suspicious behavior.

What did you think of Hightown‘s debut? Grade it below, then hit the comments!