Just when The Flash seemed to be making progress in the name of fishing Iris out of the Mirrorverse, bam! The fate of Barry’s wife became a bigger, more ominous question mark than ever, as Season 6 of the CW’s No. 1 series drew to an early close.

TVLine hopped on the phone with showrunner Eric Wallace to discuss that unplanned cliffhanger — three episodes had not been completed at the time the pandemic shut down production, and will now be rolled over into Season 7 — and the happy ending that really, truly awaits “WestAllen” fans. 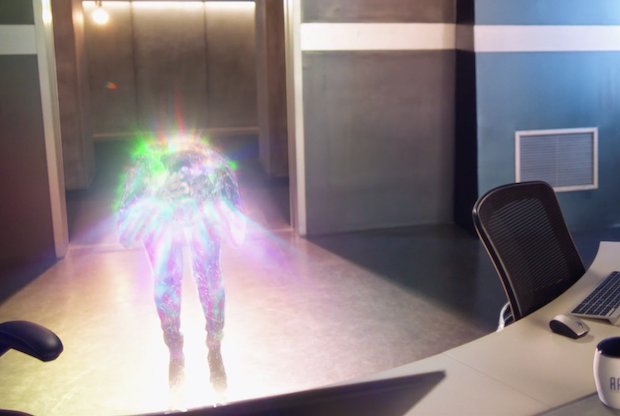 TVLINE | Where in the world is Iris West-Allen?
I can’t tell you that! [Laughs] She’s still in the Mirrorverse somewhere.

TVLINE | That turned out to be a pretty torturous cliffhanger to leave WestAllen fans with….
Well, this was never supposed to be a season finale. They would have found out what happened to her in a  week; now, suddenly, that have to wait for… I don’t even know for how long. But everything will be fine. Eventually.

TVLINE | Is it possible Iris went to a happier place?
Uh, no. No. That’s not possible. [Laughs] Not yet. She’ll get there, though.

These last three episodes of this season were already written, and in fact the episode after this, where you get to see exactly where Iris went to, has already been 90-percent shot. So it’s very strange for me that we were one day away from finishing that episode which suddenly is our Season 7 premiere. Fortunately, you find out where Iris went and, oh boy, will there be tears. Oh my. Tears in our season premiere.

TVLINE | Do viewers at this moment have enough information to speculate what happened to her?
Oh God, yes. In fact, as I watched this episode, I got worried that you can figure out everything that’s coming — because I know, having read the scripts, but also all the clues are there if you’ve been paying attention. We’ve literally told you everything that’s going to happen. Literally.

TVLINE | Do you plan to keep those three scripts mostly intact — I know you said Episode 20 was mostly filmed — and still take three episodes to wrap up this arc? Or might you get restless over the summer and noodle with them?
When this was happening, we were well into breaking Season 7. Not only do we know what happens at the end of Season 6, but I could tell you — I’m not going to! — all of Season 7 right now.

TVLINE | So those three episodes are essentially locked.
Hmmm, I wouldn’t say they’re locked. There might be a wee bit of tinkering. Obviously some things need to change because we don’t know what COVID restrictions there will be on shooting, what protocols might come up. For instance, as in all of the Flash finales, we would have seen huge crowd scenes, but I think that all has to change. We have to go in and change things based on what we can and cannot do when production resumes. I guarantee you that’ll allow us to come up with something we didn’t come up with before, so maybe it’s 75, 80 percent of the original scripts, and maybe 15, 20 percent new stuff?

TVLINE | There might even be subtler considerations. The Rookie EP was telling me how he probably can no longer have 40 people in a squad room with closed doors and a drop ceiling.
Yeah, we’ll have to do some of the same things. In scenes in the finale where we usually have everyone in the room, I don’t know if we we’ll have all nine series regulars anymore.

TVLINE | Eva seems pretty content, having whacked the hubs, wanting to make nice with The Flash. Or has she yet to realize her grander needs, wants and desires?
Look at her behavior at the press conference. There’s a huge clue there — a huge one — that all is not well with Eva.

TVLINE | I saw that. Maybe the Mirrorverse just needs some good skin lotion?
Oh, it’s going to need more than that. A whole lot more. Sometimes getting what you think you want only makes things worse, and that’s exactly what’s about to happen to Eva. And that will be the end of her story. When you’ve been obsessed with one thing for six years and you get it, what happens to you? Also, who did you become? Eva wants more than just killing her husband; she’s out to save the world. So, we’ll see how that ends up! 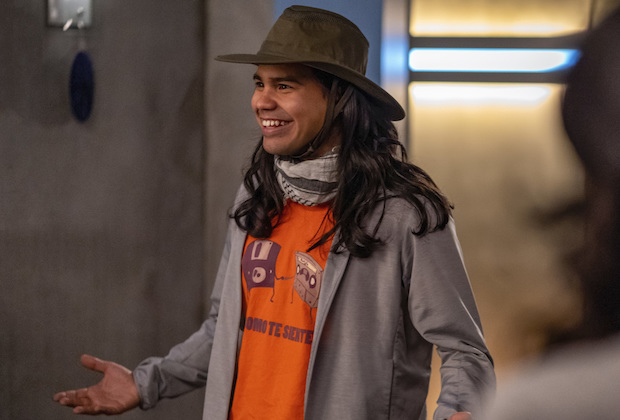 TVLINE | When Cisco returns from his trip to Atlantis, might we get the slightest Aquaman reference?
I don’t know if I can get it in. I don’t think it made the cut. So I’m going to say no.

TVLINE | But he would have been back in time for the planned season finale?
Oh yes.

TVLINE | Last but never least, what reward awaits the patient, patient WestAllen fans in Season 7?
A happy ending. Because I love happy endings. Don’t worry, I know you’ve been through a lot this season, and I appreciate so much you hanging on — especially after this really tough cliffhanger. It’s bad enough to be in a pandemic, but when your favorite show stops in the middle of the storyline that you’re invested in, I understand. It happened to me as a viewer watching shows during the writers strike. But don’t worry, there will be a happy ending.