Cate Blanchett makes her first visit to Springfield in Sunday’s Simpsons finale (Fox, 8/7c), but it doesn’t appear to be an occasion worth celebrating. Appropriately titled “The Way of the Dog,” this episode “explores the tragic past of Santa’s Little Helper … after the Simpsons’ dog bites Marge.”

It’s unclear exactly how Blanchett’s character, Elaine, fits into the situation, but based on the picture above, we wouldn’t be surprised if a return trip to Springfield Downs was in order. Come on, we can’t be the only ones getting major pilot vibes from all those Christmas decorations.

Although Sunday’s Simpsons marks the end of the show’s 31st season, fear not — Fox renewed the iconic comedy through Season 32 back in Feb. 2019, so we’ve got at least one more coming our way.

Check out another exclusive first look at Blanchett’s Simpsons debut below, then drop a comment with your thoughts. 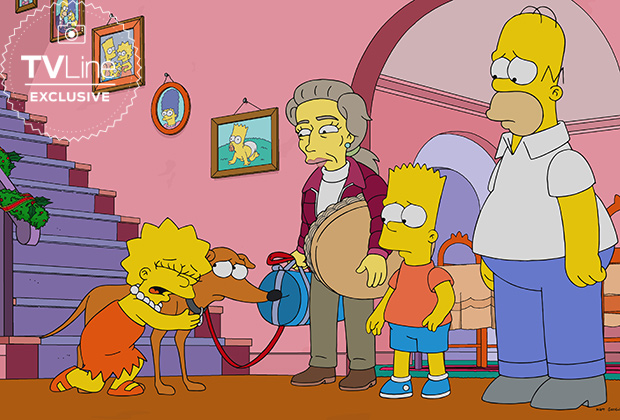