Think you’re washing your hands a lot during the coronavirus pandemic? You’ve got nothing on Adrian Monk.

In the first episode of Peacock’s At-Home Variety Show — a virtual series, hosted by Seth MacFarlane, that aims to raise awareness and support for essential workers and struggling communities during the pandemic — Tony Shalhoub revived his germaphobic character, who is not doing well in quarantine.

As seen in the video above, Monk’s caution against the virus doesn’t just stop at endless hand-washing. He’s also running his fresh produce through the dishwasher, sticking his mail in the microwave before opening it and staying six feet away from just about everything… including his laptop during video conferences. (We previously named Monk one of the TV characters we’d hate to be quarantined with, which seems like a good call.)

A few of Shalhoub’s fellow Monk alumni also pop up in the video, including Traylor Howard as Natalie Teeger, Ted Levine as Capt. Stottlemeyer and Jason Gray-Stanford as Randy Disher. Plus, Shalhoub makes an appearance as himself at the end of the segment, where he reveals that he and his wife, Brooke, recently recovered from the coronavirus. (“It was a pretty rough few weeks, but we realize that so many other people have and had it a lot worse,” he says.)

TV Characters You'd Hate to Be Quarantined With, Ranked 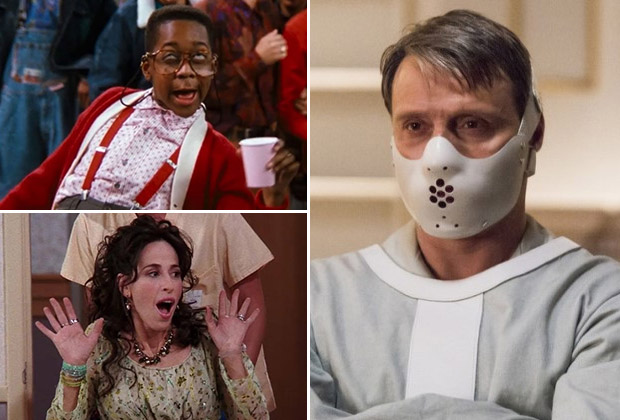 Monk originally ran for eight seasons on USA Network from 2002 to 2009. All episodes of the show will be available on Peacock as part of the streamer’s acquired library content; the service is currently available to Comcast Xfinity Flex and X1 subscribers, and it will launch nationally on Wednesday, July 15.

Watch the mini-Monk revival above (beginning at 1:40), then drop a comment with your thoughts!